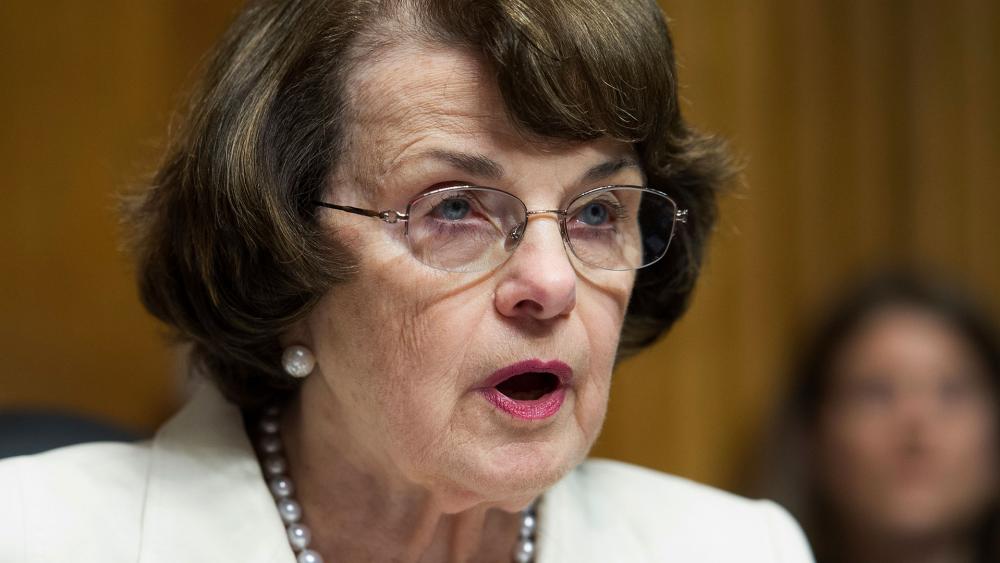 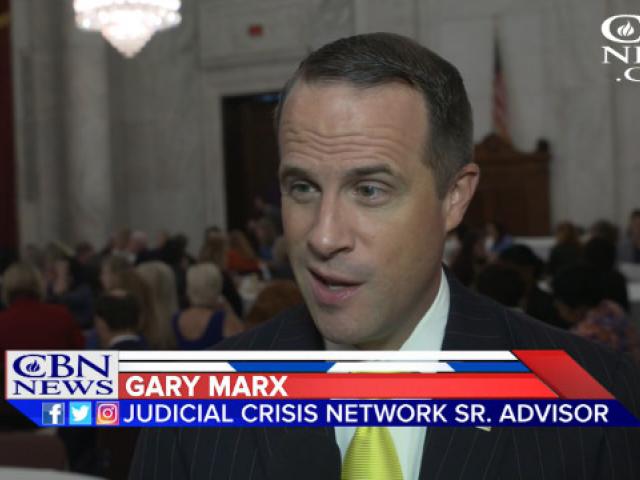 CBN News spoke with Gary Marx, senior advisor of the Judicial Crisis Network, who claims there was anti-Catholic bias at the confirmation hearing of Amy Coney Barrett. Watch above.

Did Senator Dianne Feinstein, D-Calif., attack a federal appeals court nominee for her Roman Catholic faith? Critics claim she did during a Senate Judiciary Committee confirmation hearing this week.

President Donald Trump announced Thursday that he has nominated 16 people to federal judgeships. One of them is Amy Coney Barrett, a nominee for the 7th Circuit Court of Appeals.

Barrett is a law professor at the University of Notre Dame and a mother of seven. She has written about religion's place in public life and given lectures before Christian legal groups.

"When you read your speeches, the conclusion one draws is that the dogma lives loudly within you," Feinstein, the top-ranking Democrat on the committee, said to Barrett. "And that's of concern when you come to big issues that large numbers of people have fought for for years in this country."

"Drawing on some of these materials, Feinstein launched a thinly veiled attack on Barrett's Catholic faith, asserting that her religious views will prevent her from judging fairly," Alexandra Desanctis wrote for National Review.

"Feinstein is clearly hinting here at the Supreme Court decision in Roe v. Wade, a ruling that Feinstein supports so vociferously that she has even called it a 'super-precedent,'" Desanctis said.

"You are controversial because many of us that have lived our lives as women really recognize the value of finally being able to control our reproductive systems," Feinstein said, according to the Washington Examiner.

Barrett answered by saying she would uphold all Supreme Court precedents "without fail," including the one that legalized abortion.

Feinstein isn't the only senator under fire. Gary Marx, senior advisor of the Judicial Crisis Network, accused others on the committee of anti-Catholic bias.

"Senator Al Franken (D-Minn.) and Senator Sheldon Whitehouse (D-R.I.), some of their attacks on these nominees that in essence said 'Catholics need not apply,'" Marx told CBN News. "Really persecuting these amazing judges like Amy Coney Barrett for their Catholic faithfulness."

Ashley McGuire, senior fellow with The Catholic Association, also spoke out about the hearing.

"Senator Feinstein's shockingly illegitimate line of questioning sends the message that Catholics need not apply as federal judges," she said in a statement.

"Rather than unconstitutionally discriminating against Amy Barrett on the basis of her faith, Senator Feinstein should focus on her exceptional qualifications for the job," McGuire continued.

"Senators Feinstein and Durbin (D-Ill.) know full well that the Constitution prohibits any religious test for office, yet they proceeded with an offensive grilling of a highly qualified judicial nominee, Amy Coney Barrett, asking inappropriate questions about her Catholic faith," Maureen Ferguson, senior policy advisor with The Catholic Association, said in a statement.

"Senator Durbin asked directly, 'Do you consider yourself an orthodox Catholic?' Imagine the universal outrage had a nominee of a different faith been asked the same questions; there is clearly a double standard at work," Ferguson continued.

CBN News reached out to Feinstein, Franken, Whitehouse and Senator Dick Durbin for comment. They have yet to respond to our inquiry.