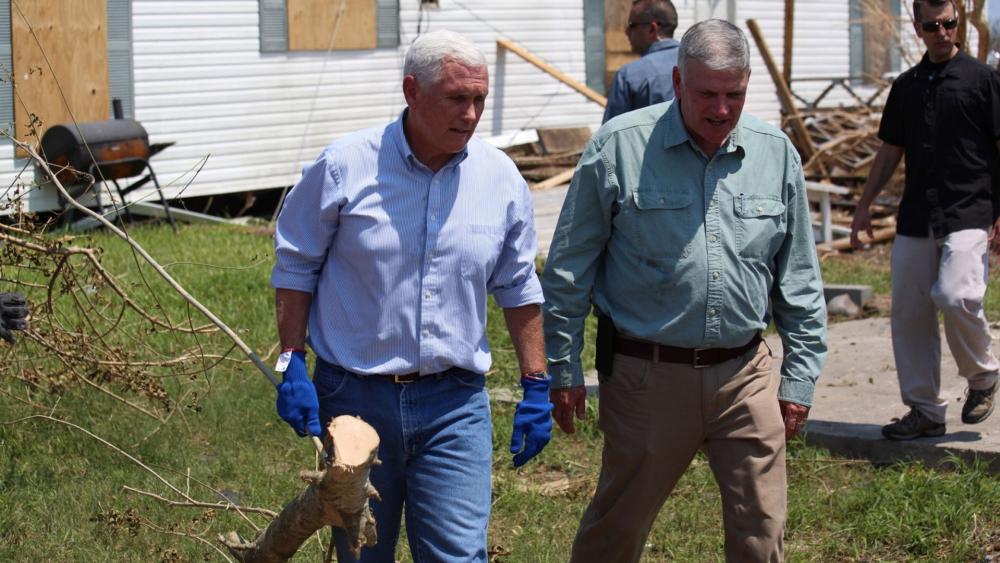 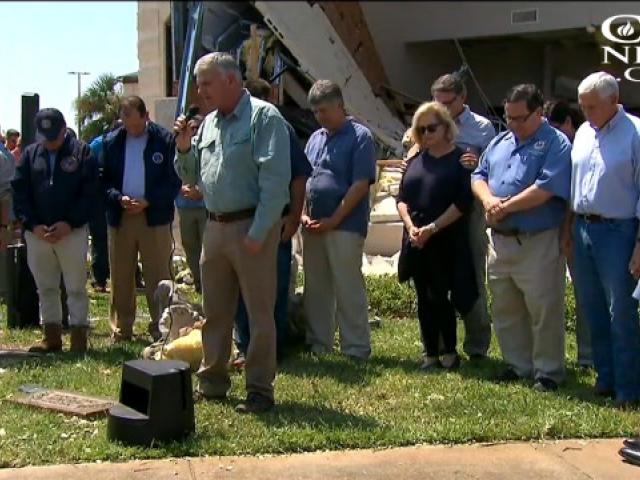 Texas Gov. Greg Abbott and his wife, Cecilia greeted them and Abbott declared this Sunday, September 3 as a "Day of Prayer" for his storm-weary state. Franklin Graham prayed at a stop in Rockport, a small coastal town ravaged by the storm.

"Lord we pray that the recovery will come quickly and that you will bring an army of volunteers from across the country to come help them rebuild," he said.

Second Lady Karen Pence prayed for strength, endurance and safety for first responders and thanked God "for every level of help that is here."

She said that the storm survivors in Texas are an inspiration, not only to other Americans but to people around the world.

The group visited First Baptist Church in Rockport where the building was left with a gaping wound, the front torn off by the storm.

"When one hurts, we all hurt," Pence said to a crowd there. "I called the President on Air Force II this morning and I asked him what he wanted me to tell you, and he just said, 'Just tell them we love Texas.'" Graham's aid agency, Samaritan's Purse, is helping with the clean-up and he shared a parable about Jesus guiding the disciples through a storm.

Pence said the Trump administration is committed to helping the state recover.

"We are here today. We will be here tomorrow and we will be here every day until this city and this state and this region rebuild bigger and better than ever before," he said.

President Trump visited Corpus Christi and Austin on Tuesday. He plans to return to Texas on Saturday and could also make a stop in Louisiana, which is now being lashed by Harvey's remnants.

The White House also says President Trump is pledging $1 million of his personal money to help with relief efforts in the aftermath of Hurricane Harvey.