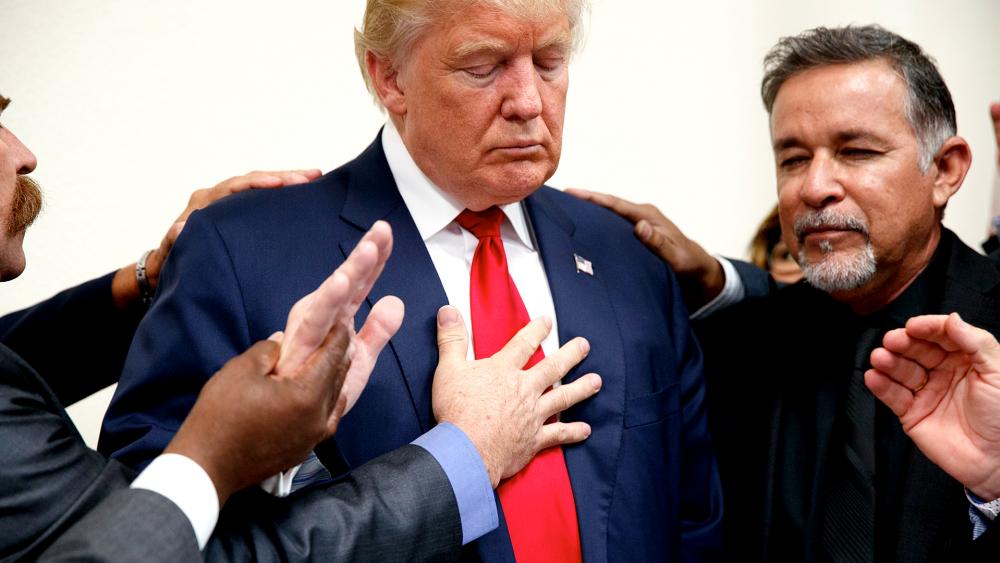 President Trump shared some goals for his presidency with evangelical leaders last year, and they match up with what CBN News has reported about clear Christian influence in the White House.

"By the time he leaves office he wants to be remembered as the most praying president in history," Mary Colbert told Sid Roth on his show "It's Supernatural."

"I can tell you Donald Trump is not the same man that you are hearing about from his past. He has had a radical change in his heart. He has had a heart change toward the things of God and the people of God, and he is surrounding himself with prayer warriors, and he is expanding that advisory board," Colbert continued.

Mary Colbert and her husband Don have attended several evangelical meetings with the President.

CBN News reached out to Johnnie Moore, a former senior vice president at Liberty University and another one of Trump's evangelical advisors.

Moore said a comment like that from Trump wouldn't surprise him at all considering how much he "values the prayers of Christian leaders."

Moore posted a picture of Trump being prayed over by evangelical leaders in the Oval office.