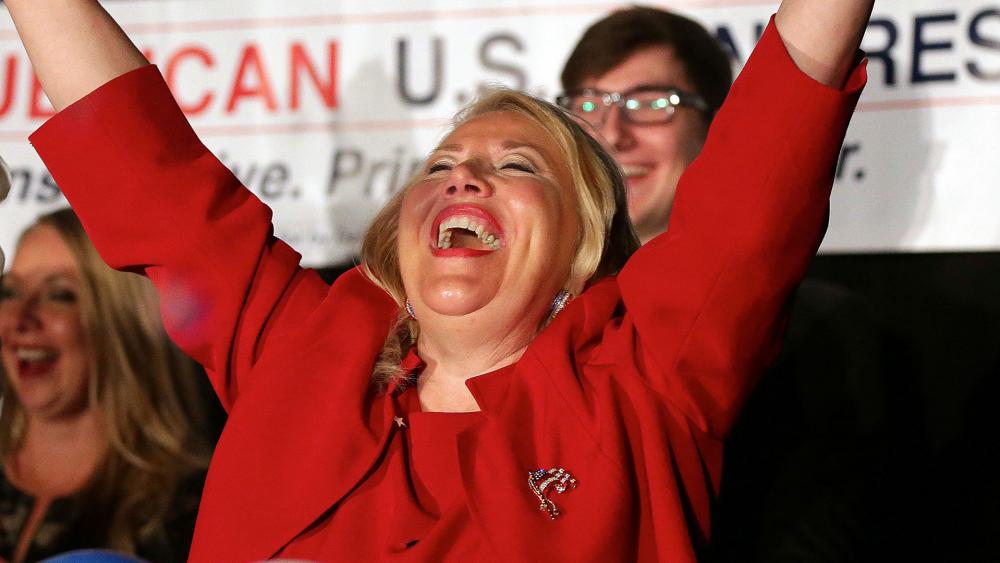 In a closely watched race for what it could mean for the midterms, the Republican candidate Debbie Lesko won a narrow victory in Arizona's 8th Congressional district.

"I would like to formally introduce you and have you make welcome our new congresswoman!" exclaimed former Arizona governor Jan Brewer at a watch party as she announced the victory by Lesko, a former member of the Arizona House and Senate.

"I want to promise you that I am going to continue to work hard for the people in my district and continue to represent you with the values that have made our nation great, to protect our constitutional freedoms, personal responsibilities, support our small businesses and large businesses," Lesko told the crowd.

President Donald Trump tweeted in support of Lesko saying, "Arizona, please get out today and vote @DebbieLesko for Congress in #AZ08. Strong on border, Immigration and Crime. Great on the Military. Time is ticking down - get out and VOTE today. We need Debbie in Congress!"

Arizona, please get out today and vote @DebbieLesko for Congress in #AZ08. Strong on Border, Immigration and Crime. Great on the Military. Time is ticking down - get out and VOTE today. We need Debbie in Congress!

The margin of victory for the US House seat special election was much closer than the GOP wanted. Early returns showed Lesko winning by around five percentage points in what The Associated Press described as the "reddest of districts in a red state."

"We're going to continue to fight for all of these things – for health care, for education, protecting our seniors, protecting our dreamers, keeping our communities safe and making sure that we have economic growth," Tipirneni told the crowd of supporters at her watch party.

She said she plans to run again in November's general election.

National Republican groups spent more than half a million dollars in the race in the suburban Phoenix district. National Democratic groups didn't put money into the race.

Republican political consultant Chuck Coughlin said Lesko's margin of victory was not a good sign for Republicans in the November midterms. Brewer said the GOP needs to make changes if they want to keep this district and other seats.

But for now, the night belonged to Lesko.

"All I can say is, 'Wow!' This is really something! I'm going to be a congresswoman!" she cheered.