This Alabama Player Led the Prayer for Trump: 'It Wasn't About Politics, It Was all About Jesus' 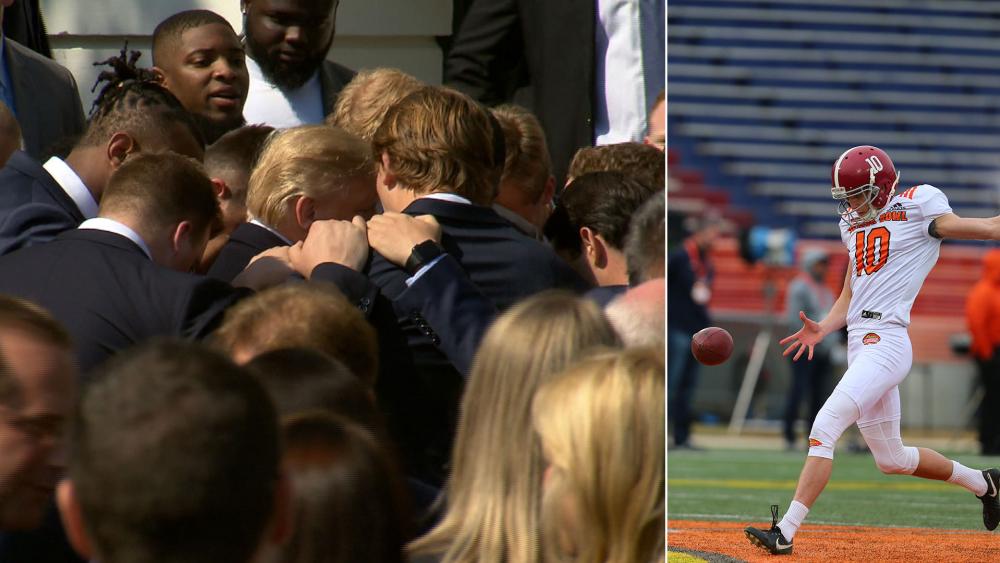 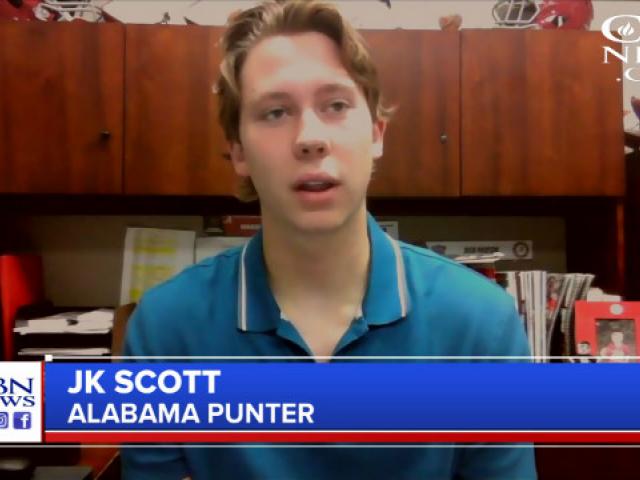 Roll Tide Punter: "It wasn't about politics, it was all about Jesus."

Scott gave part of his testimony to CBN News:

Scott told CBN Sports Reporter Shawn Brown how he began to sense the desire to pray for President Trump.

"On the plane ride I was kinda thinking, and this song came on by Jason Upton and it goes like this: 'Let the world sing a new song.' and that sparked in my spirit a little that maybe the Lord wants me to pray or speak over President Trump."

While he wasn't sure how he would access the president, he knew God would make a way.

At the meeting, Scott said God showed him that he would, indeed, have an opportunity to pray for the president.

"The reason I knew that I was supposed to pray for Mr. Trump is when he walked up on stage and the Lord just allowed me to see him the way He sees him, the way that God sees him," Scott said.

Politics had nothing to do with the prayer, but rather a desire to minister to the president.

Scott then gathered his players to pray for the president.

"I walked up and asked if I could pray for him and he said yes. All the players around us, we just gathered up and prayed and it was awesome. It wasn't about a political statement, it was about Jesus. It was about asking God to come and touch that man and encourage that man and really bear witness to him that he's a son and that God loves him."