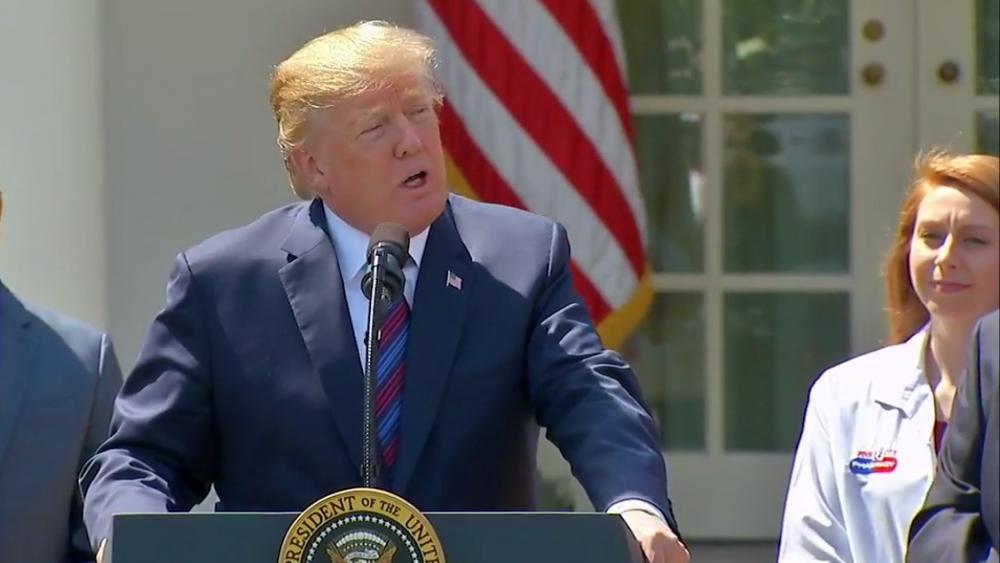 WASHINGTON – President Donald Trump touted tax cuts in the Rose Garden Thursday, stating how unemployment claims are at their lowest level in 50 years.

"No one has been more energized by our tax cuts," said Trump. "America's greatest treasure is by far our people."

The commander in chief also announced his plan to sign a presidential memorandum directing the Environmental Protection Agency to cut more red tape on manufacturers. He says this will allow companies to continue expanding, growing and even hiring new employees.

Surrounded by companies that benefited from his tax cuts and even provided bonuses to their employees, Trump called out Democrats for not supporting his plan.

Derek Leathers, president and CEO of Werner Trucking in Omaha, Nebraska, said that thanks to tax reform, his company has been able to increase its capital investment by $127 million this year – "90 percent of which is dedicated to trucks and trailers that are cleaner, safer and better for the American roadways."

"For our employees, we are increasing driver pay by more than $24 million – an average increase of $2,400 per driver," he said.

Trump added that "those roads are getting a lot better under my administration."

According to the latest survey by the National Association of Manufacturers, the projected job growth for American manufacturing has just reached a new all-time high.

Trump then shifted the focus to international trade, saying that "we lost $151 billion in trade deficits last year." China is now negotiating with the United States to avoid tariffs and create an equal playing field when it comes to trade.

The president did not take any questions on Syria but earlier in the day said that a major decision will be made "fairly soon." Trump is weighing options for US military action against Syria over an apparent chemical weapons attack near Damascus.

Syrian dictator Bashar al-Assad has denied he is behind the violence, claiming video of the incident is fabricated.