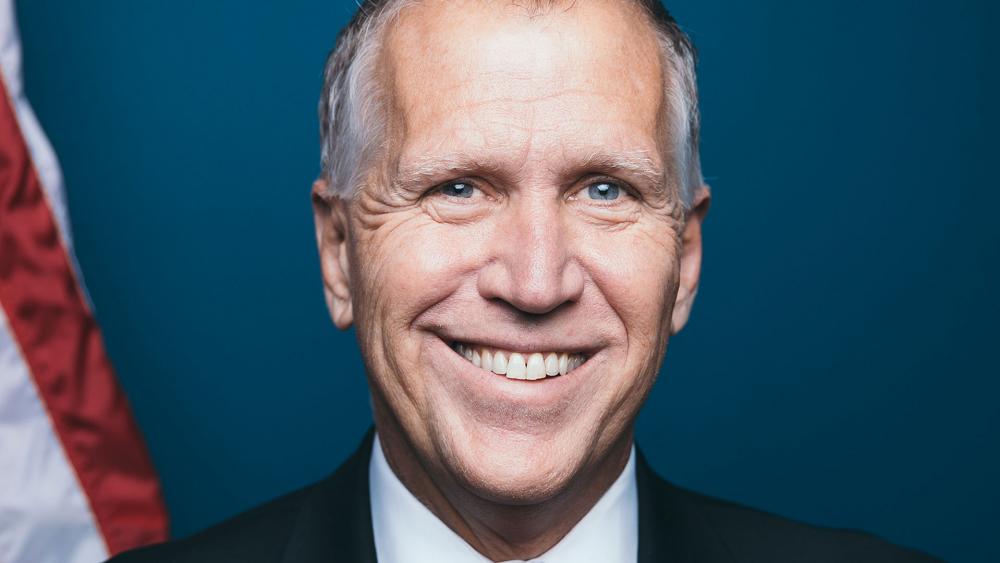 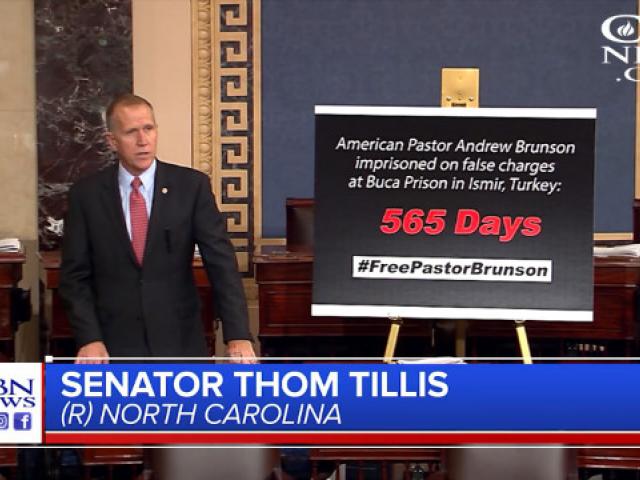 'We Will Take Other Steps if That's What's Necessary': Fired Up Senator Demands Pastor Brunson's Release

Sen. Thom Tillis (R-NC) is back from Turkey and more upset than ever that American Pastor Andrew Brunson still remains in prison in the country.

"I'm convinced that this is a risk to every single American," Tillis said on the Senate floor. "Pastor Brunson needs to know that he has the backing of the US Senate."

In the past few weeks, Tillis has quickly found over 60 senators and counting to sign a letter to the Turkish administration calling for Brunson's release.

"I want to send a very clear message that we're educating the members of the Senate and we have the votes necessary to move forward with things that I prefer not to do," threatened Tillis. "We will take other steps, if that's what's necessary, to get the attention of the Turkish administration and President Erdoğan to do the right thing."

Tillis traveled to Turkey last week to sit in the courtroom during Brunson's hearing alongside US Ambassador for Religious Freedom Sam Brownback.  He was appalled by the injustice he witnessed and warns every American is at risk of being arrested if they choose to travel to Turkey.

"I'm giving everyone a stern warning: If you're traveling to this country, I can't guarantee your safety based on the facts as they exist today," said Tillis.

"I'm trying to get somebody out who's only guilty of actually being a Christian missionary in Turkey for 20 years," he added.

"We're not talking about any specific charge for something violent that occurred or something damaging that occurred," continued Tillis. "I'm telling somebody that's traveling to Turkey, be careful what you eat and be careful what you like and don't put it on Facebook because you, too, could find yourself in a Turkish prison. That's the level of arguments they're using against this man that's been in prison for 565 days. I'm not making this up."

Tillis was able to visit with Brunson in prison for an hour and a half, which he describes as "heart-wrenching."

"The reason it was heart-wrenching is because he said, 'I just firmly believe people are going to forget about me,' " claimed Tillis.

READ: 'Every American Is at Risk in Turkey': Why Christians Need to Pay Attention to Pastor Brunson's Trial

But members of both chambers of Congress are prepared to go to bat for Brunson, and even impose sanctions on Turkey if they don't release him.

"The Congress has his back, and this isn't going to go away until the Turkish police release Pastor Andrew Brunson," Tillis vowed.

President Erdoğan told the US he will release Brunson in a prisoner exchange, but Tillis calls the offer "absurd."

"I think what's been offered is absurd," said Tillis. "He basically says if we're willing to trade someone here in this country who he believes was involved in the plot, that he'll give us back Pastor Brunson."

"We have an extradition treaty with Turkey. If Turkey goes through the proper processes and can prove that the person he wants in this country should be extradited because he's guilty of laws broken in Turkey, great. But to compare that pastor who's here or that religious leader who's here, with a pastor who's spent 20 years in Turkey doing nothing but missionary work I find objectionable," the North Carolina lawmaker charged.

Tillis says Pastor Brunson is just one of several people unjustly imprisoned in Turkey that the US has to fight for.

"I warn anyone who's going to Turkey to pay attention to what I just said," cautioned Tillis. "Pay attention to the fact that I may not, as a US Senator… be able to guarantee your safety under the current emergency orders in Turkey."

Brunson remains in prison until his trial resumes in May and faces 35 years if convicted.