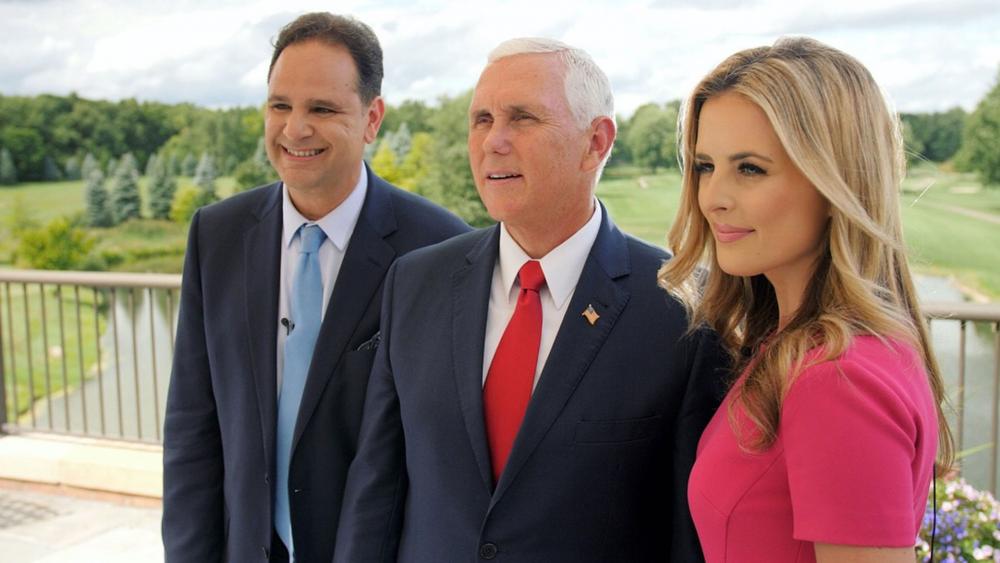 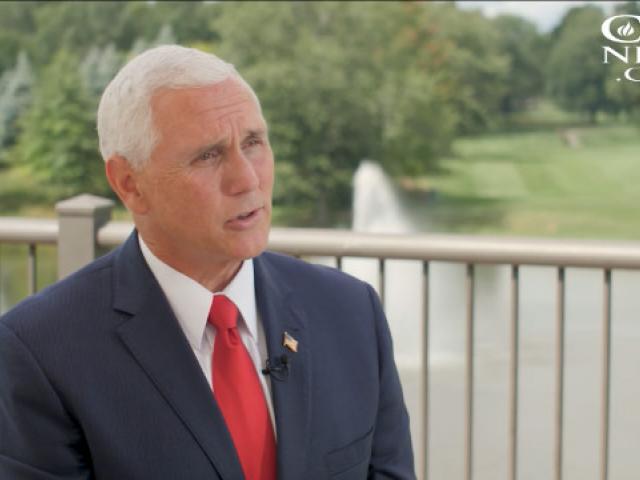 CBN's David Brody and Jenna Browder spent the day with Pence aboard Air Force Two Wednesday and had some time with him inside his office cabin.

After the campaign event, he spoke with CBN News and had a blunt message for "liberals" in the press.

"For a lot of the liberals in the national media, they met their match in President Donald Trump," said Pence. "He understands that, look, the American people elected this man because he had a right vision for this country but also because he's a fighter."

CBN News will air a full report of the Pence interview next week on "The 700 Club."

David Brody: "The media, mainstream media. Do you think they're, in a way, the best thing that Donald Trump has going for him because they work as a foil for him and quite frankly, they are so 24-7, relatively anti-Trump, that you just wonder if that doesn't play right into the administration's hands?"

Vice President Mike Pence: "Well, all I know is for a lot of the liberals in the national media, they met their match in President Donald Trump. He understands that look, the American people elected this man because he had a right vision for this country but also because he's a fighter. He's willing to fight every day to move this country forward to see jobs created, to see us reaffirm our commitment to the timeless principles in the Constitution, to see our military standing tall again, to see America respected in the world again, and to be able to take on his critics, one after another, and the only thing I know for sure is that President Trump is going to keep on fighting and we're going to keep on winning for the American people."