VP Pence to CBN News on Democrats Impeachment Talk: ‘I Take Them at Their Word’ 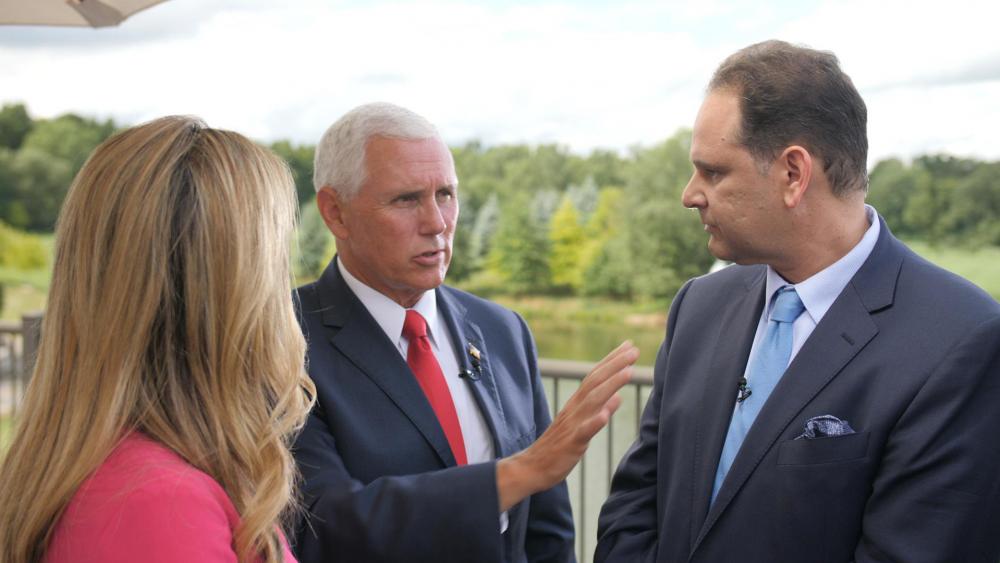 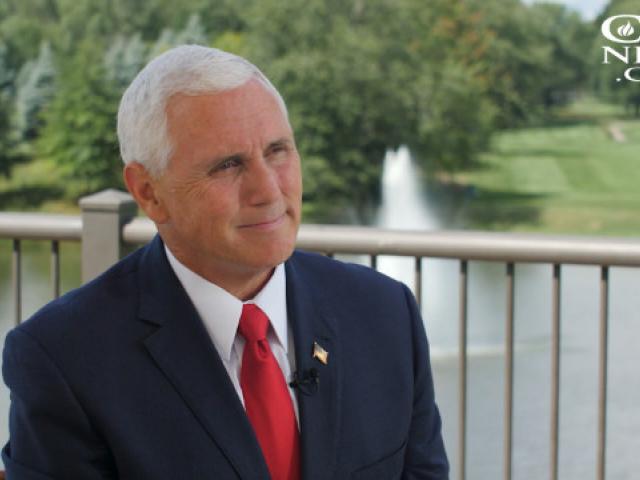 VP Pence To CBN News On Democrats Impeachment Talk: “I take them at their word”

WASHINGTON - In an exclusive interview with CBN News, Vice President Mike Pence said he believes Democrats when they say they plan to impeach President Donald Trump if they take control of the House in the upcoming midterm elections.

"They're all talking about it and so, you know, I take them at their word even though some of them have decided to not talk about that quite so much," Pence said.

While House Minority Leader Nancy Pelosi is trying to quietly talk of impeachment among those in her party, Democratic Congressman Al Green has already filed articles of impeachment against Trump.

"I think the president has to realize that the countdown to impeachment has already started," Green recently stated.

President Trump’s response: "I don't know how you can impeach somebody who has done a great job."

In the vice president’s interview with CBN News, he detailed the difference voters have in front of them this fall.

"The American people understand the choice in this election," Pence said. "Do we want to continue our nation on a path that’s creating jobs, rebuilding our military, that’s resulted already in new trade deals now with Mexico and earlier with South Korea? It’s changing America’s economic dynamic in the world in a way that puts American workers first. Do the American people want to continue to see conservatives appointed and confirmed to our courts at every level?"

"That’s a choice Republicans are offering and our administration is offering whereas Democrats essentially are saying, 'We want more obstruction, we want more of the kind of controversy in Washington, DC that doesn’t really put anybody to work here in Michigan or anywhere across the country, doesn’t make our country more safe or more prosperous.' We frame that choice on Election Day, we’re going to do great in 2018."