5 Ways God Showed up the Day Steve Scalise Was Shot

WASHINGTON – Before a crowd of nearly 4,000 people at the Washington Hilton hotel and millions more on television and social media, Rep. Steve Scalise, R-Louisiana, listed what he called the many "little miracles" that happened in the wake of an ambush attack last summer.

Shortly after 7:00 a.m. on June 14, 2017, police in Alexandria, Virginia received a report of a shooting at Eugene Simpson Stadium Park. A lone gunman opened fire on Republicans who had been practicing for a charity congressional baseball game.

Scalise, who serves as the House Republican Whip, has had multiple surgeries on his long road to recovery and told the audience, "There were so many things that were rooted in faith that not only started that day, but carried me throughout the recovery that I'm still engaged in."

Here are five ways he says God answered his prayers with "little miracles":

•    Prayer for his 10-year-old daughter Madison:
"The first thing that came to my mind was, 'God, please don't let Madison walk up the aisle alone," he told the crowd. "Then I started praying for the ability to see my family again."

•    Saving Lives: "It would have been a massacre," Scalise said of the shooting. As the third highest-ranking Republican in the U.S. House, Scalise receives security detail, which included Capitol Hill Police agents David Bailey and Crystal Griner. "I prayed that they would be successful in their carrying out their duties," Scalise recalled. Had Bailey and Griner not been there, Scalise said, "It would have been a scene just like Sandy Hook or Sutherland Springs," where gun violence claimed many innocent lives. There were at least 15 members of Congress who would have been shot," Scalise said. "There were miracles that happened on that baseball field that day – not just to save my life, but so many others.

•     "Chain Link Armor" – Scalise explained how the first shot the gunman fired should have hit fellow Republican Trent Kelly, of Mississippi.  "The gunman was looking right at him," he explained. "And there was a chain link fence in between Trent and the gunman, and it was a direct shot. And it hit a link in the chain link fence and the bullet veered just enough to miss him," he continued. "You tell me God was not on that baseball field performing miracles."

•    Combat Medic – Rep. Brad Wenstrup, R-Ohio, who served as a combat surgeon in Iraq, was also on the practice field that morning. Scalise recounted how Wenstrup's Army Reserve experience helped to save his life. "As soon as the shooter went down, Brad made a beeline over to me and applied a tourniquet that my surgeon said if he didn't apply that tourniquet, I would have never made it to the hospital."

•    Holy Transport: Scalise explained how his ambulance was stuck in early morning rush hour traffic on his way to the George Washington University Hospital in downtown Washington, DC when an EMT saw a U.S. Park Police helicopter flying above and figured it had been sent for Scalise, who was quickly losing blood. The ambulance turned around and headed back for the baseball field to transfer the critically wounded patient into the helicopter. "Four minutes later I'm in the ER at Medstar Hospital where they ultimately saved my life. I would not have made it to GW if not for that helicopter."

Another "little miracle" Scalise referenced was the amount of money the annual Congressional Baseball game raised. Traditionally, it raises around $500,000. Yet an outpouring of support after the shooting caused 25,000 people to attend and raise more than $1.5 million for charity. 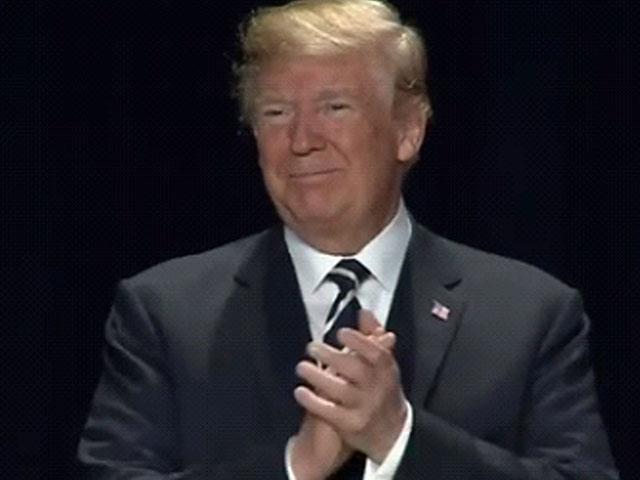