Reality TV star Omarosa started this ball rolling by bad mouthing Vice President Mike Pence’s faith, and for an overwhelming majority of evangelical voters, her remarks confirm their reasons for sending the Trump/Pence ticket to the White House.

In case you missed it, in a reality TV stunt to remain relevant after being fired from her job as director of communications for the Office of Public Liaison (after misusing a car service funded by taxpayers), Omarosa Manigault-Newman is making a mockery of the Christian faith she claims as her own.

“As bad as you think Trump is, you would be worried about Pence… everyone that is wishing for impeachment might want to reconsider their life,” she said in the latest episode of “Celebrity Big Brother.”

“I am Christian, I love Jesus, but he thinks Jesus tells him to say things and I’m like, Jesus didn’t say that,” she continued telling her housemates.

The hosts of ABC’S, “The View” had a field day with her remarks.

“I think when you have a Mike Pence who now sort of puts this religious veneer on things and calls people ‘values voters,’ I think we’re in a dangerous situation,” said co-host Sunny Hostin.

Dangerous? What should be considered dangerous is an ignorance about and disregard for the constitution that guarantees every American the right to LIVE their faith - not check it at the door when they leave home or their house of worship.

Sherry Shepard, who is public about her Christian faith said, “As a Christian, that’s just par for the course, you talk to Jesus, Jesus talks back. What concerns me is, how long is the conversation with Jesus?”

So is Ms. Shepard saying there’s a limit on how much time you can talk to Jesus?

She later suggested the key is “moderation.” So should Vice President Pence reduce his faith? Should he dial back his love for Jesus Christ to make the media world more comfortable?

Let’s be clear.  As we see on a regular basis, there's no question if Pence belonged to any faith other than Christianity his beliefs and practices would be held up as a shrine to diversity and anyone who questioned him would be considered a bigot.

HERE'S THE FULL CLIP WITH JOY BEHAR'S COMMENT ON "THE VIEW"

Pence responded to the hosts of “The View” in an interview with Axios.

"I actually heard that ABC has a program that compared my Christianity to mental illness. And I'd like to laugh about it, but I really can't," he said.

It’s the sentiment millions of Christians in America feel.

They’re fed up with this false narrative delivered day after day by liberal elites, which amounts to bullying.

For those of you confused about why evangelicals elected Trump, that’s why.

They elected him because he’s not afraid to stand up to the bullies...

They elected him because he promised to protect life (and has kept his promise) despite the liberal abortion agenda...

And they elected him because he promised to stand up for religious liberty and allow Americans to live their conscience without punishment.

That brings up another double standard used by many in the media that really defies logic.

Behar asked her co-hosts if Pence is allowed to “talk to Mary Magdalene without his wife in the room?” referring to Pence’s personal rule of not holding meetings with women without someone else in the room.

Certainly, the women of “The View” are sympathetic to the #MeToo movement and rightly so. It’s about time women are treated with respect, dignity and taken seriously when they register complaints or charges of sexual abuse and misconduct.

Mike Pence loves and respects his wife so much that he doesn’t want even the perception of infidelity or misconduct. He puts safeguards in place that prevent him from getting into a situation he may regret.

Close your eyes and think of the millions of women who have been mistreated by men. It’s a great tragedy.

Now think about how much better their lives would be if they had instead been acquainted with men like Pence both in the workplace and in love - men who would respect them.

Men who choose to abuse and mistreat women can learn a lot from him.

“Husbands, love your wives, just as Christ loved the church and gave himself up for her.” –Ephesians 5:25 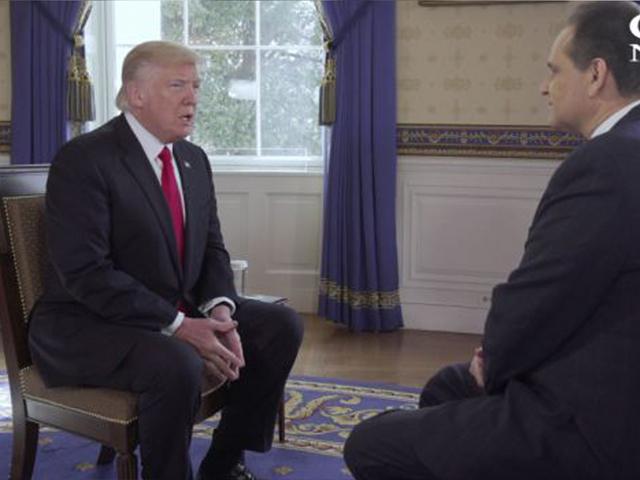