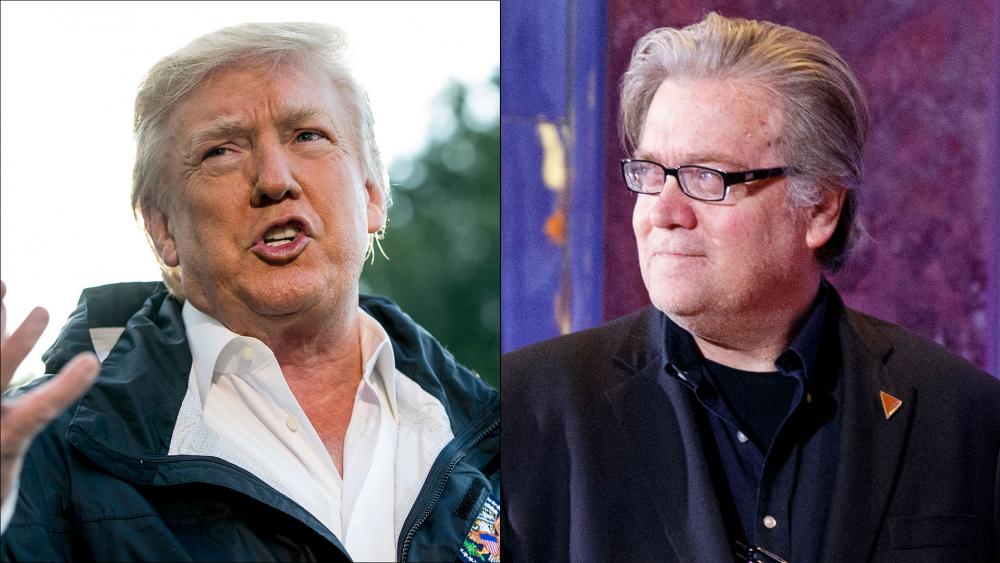 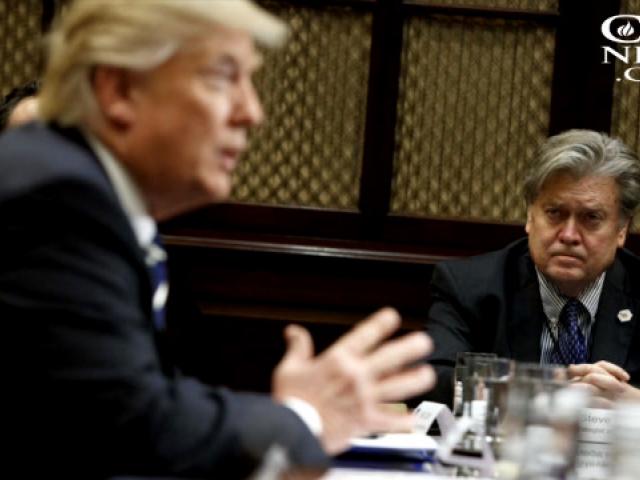 In the book, Bannon uses the words "treasonous" and "unpatriotic" to describe a 2016 meeting between Donald Trump, Jr., other campaign officials and a Russian lawyer promising dirt on Hillary Clinton.

Bannon apologized for those comments in a statement to the news website Axios on Sunday.

"Donald Trump, Jr. is both a patriot and a good man," he wrote. "My support is also unwavering for the president and his agenda."

"And I guess Sloppy Steve brought him into the White House quite a bit, and it was one of those things," Trump said over the weekend at Camp David. "That's why Sloppy Steve is now looking for a job."

Wolff also questions the mental stability of Trump and claims Bannon and others brought up the 25th Amendment, which can remove a president from office.

"It's not unreasonable to say this is 25th Amendment kind of stuff," Wolff said on NBC's Meet the Press.

Trump pushed back on Twitter: "… Actually, throughout my life, my two greatest assets have been mental stability and being, like, really smart..."

Members of Trump's administration say it's ridiculous to question his fitness for office.

"I'm with the president nearly every day. We engage in complex conversations about some of the most weighty matters facing the world," CIA Director Mike Pompeo told CBS's Face the Nation.

The book fallout comes as Trump met with Republican congressional leaders at Camp David over the weekend to talk about their agenda for the upcoming year, which includes getting a budget passed, strengthening the military, implementing a massive infrastructure investment plan, building a border wall and reforming immigration policy.

Trump is urging Democrats to support immigration measures in exchange for the dealing with the end of the temporary amnesty for Dreamers.