The March for Life & Trump: America's First Right is the Right to Life 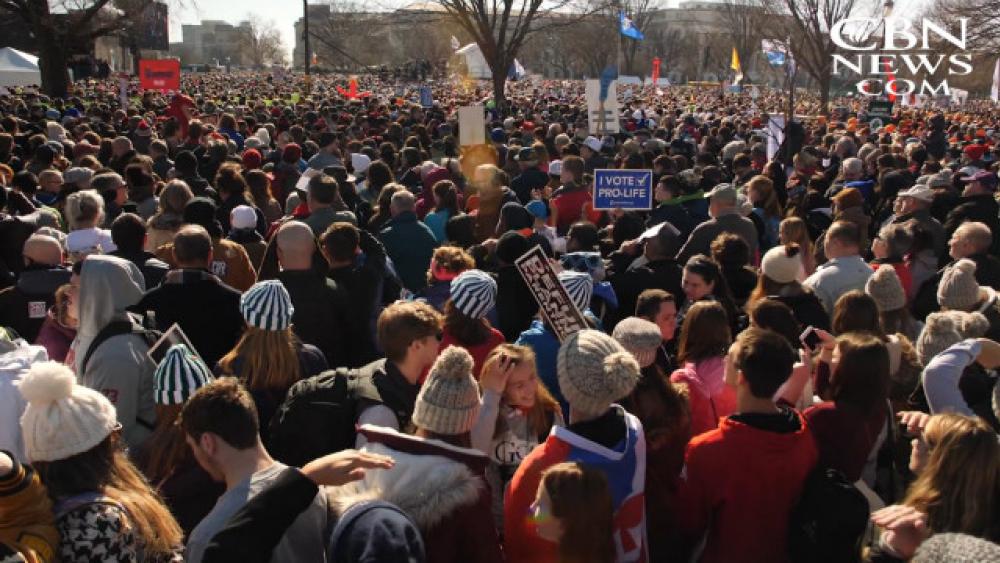 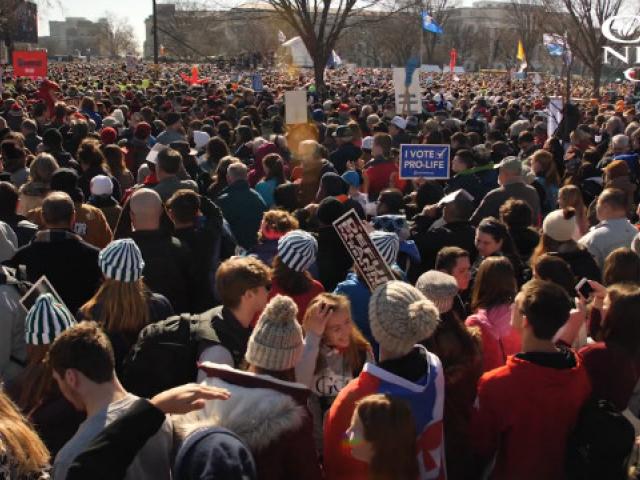 March & Trump: First Right is the Right to Life

NATIONAL MALL—The 45th March for Life made history as President Donald Trump spoke to participants live from the White House. His audience featured many thousands who want America to know that each life matters and it's not only the unborn who become victims of abortion.

Abortion's been legal nationwide now for 45 years with more than 60 million unborn babies slain. Most of the people at the March are younger folks. They think they may be the generation who can do something about this modern American holocaust.

"You love every child, born and unborn, because you believe that every life is sacred; that every child is a precious gift from God," the president said.

"The young people here is what is so inspiring, because it tells us that this is a movement that is on the rise," said House Speaker Paul Ryan who actually appeared on the Rally Stage.

Who Knows What World-Savers Those Babies Could Have Become?

One of those young people, Colorado Christian University freshman Ben Lindstrom, sees abortion as a failure on many levels.

"When you abort someone, you're losing out on the ability to improve the world, solve the world's problems," Lindstrom suggested.  "You never know."

Another young person, Denver's Chrysandra Brunson, said of her generation, "We want to be able to see lives lived out.  Someone at the moment they're conceived that life is meant to live out their calling and their destiny."

In an age when many claim aborting an unborn child is just getting rid of an unfeeling clump of cells, college senior Katelyn Kellett told CBN News her family knows for sure that isn't true.   She talked of how doctors wanted to abort the twins her mom carried due to a problem pregnancy.

"When she was in the hospital on bed rest for several weeks, they would put a needle into my mom's womb and one of the twins would bat away at the needle.  She could sense the danger and she was trying to protect the other twin," Kellett explained.

How Tim Tebow is a Miracle

Tim Tebow's mother, Pamela, had to fight against the abortion doctors insisted she had to get because her pregnancy with Tim was in such trouble.

She stood fast and recalled the doctor who delivered Tim said, "'This is a miracle baby."

"He said, 'I've never witnessed such a miracle.' Because only a tiny piece of the placenta was intact.  He was somewhat malnourished, though, so the doctor asked all of our family and our friends in the States to pray that Tim would grow big and strong. And if you've seen him lately, you'll know God answered those prayers," Mrs. Tebow remembered.

'The Worst Part Was the Sound of the Machine"

Many women get an abortion thinking they're going to end a problem and get rid of pain. Often it turns out they're just giving themselves problems and pain that sometimes lasts decades.

"The worst part was the sound of the machine — that sucking sound of the machine," Peck told CBN News.  "And they didn't explain the procedure to me, so I didn't know what to expect and the level of pain that was there.   It was like 20 to 30 times the suction of a vacuum.

Peck thought she could always have children later but the abortion left her infertile.

"I was never able to bear children again. They don't tell you that when you go in.  And, it still happens today," she insisted.

Beware the Wound to Your Soul

Julie Lamin actually had four abortions that sent her into a downward spiral.

"I knew it was wrong and I felt horrible about myself," she recalled.  "And I entered college with self-destructive behaviors: promiscuity, drinking, and I just fell down really fast."

She said women need to beware of what abortion can do to their soul.

"You might be able to stuff it for years or decades, but eventually it comes up, like a freight train, and it hits you," Lamin warned.

She added, "A lot of women have anxiety, depression, suicidal thoughts, and sometimes attempt suicide or even are successful at committing suicide."

That's just one of the reasons thousands join together at the March for Life and throughout the year to fight abortion.

President Trump pledged he would, declaring, "Under my administration, we will always defend the very first right in the Declaration of Independence.  And, that is the right to life."