President Trump doesn’t just accuse the mainstream news media of Fake News.   He’s even giving them awards for it…announcing them on Twitter, of course.

Trump tweeted, “2017 has been a year of unrelenting bias, unfair news coverage, and even downright fake news.”

He then linked readers to gop.com where Team GOP listed the awards.

Number One went to Paul Krugman of the New York Times.   Team GOP wrote, “Krugman claimed on the day of President Trump’s historic, landslide victory that the economy would never recover.”

Of course, the Dow has hit record highs dozens of times since.

Number Two was summed up, “ABC News’ Brian Ross CHOKES and sends markets in a downward spiral with false report.”

Number Three according to Team GOP was awarded because “CNN FALSELY reported that candidate Donald Trump and his son Donald J. Trump, Jr. had access to hacked documents from WikiLeaks.”

TIME’s person just failed to see it was still there.

Number Five went to the Washington Post for one of its reporters claiming the arena for a sold-out Trump rally in Pensacola was nearly empty.   The reporter showed pictures taken of the empty arena hours before the massive crowd arrived.

Number Six went to CNN for editing a video in such a way that it made it look like Trump was thoughtlessly dumping food on fish during a visit with Japan’s prime minister.   In reality, the PM fed the fish first and Trump just followed his lead.

Number Seven was another award for CNN because it totally messed up all the facts about Anthony Scaramucci meeting with a Russian.

The Number Eight spot went to Newsweek for reporting Poland’s First Lady wouldn’t shake Trump’s hand.  Turns out there was a video and photos showing a hardy handshake.

Number Nine was for CNN because, as Team GOP put it, “CNN FALSELY reported that former FBI Director James Comey would dispute President Trump’s claim that he was told he is not under investigation.”

Comey actually confirmed that claim when he testified before a congressional committee.

It appears most of the mainstream media earned the Number Eleven spot.   As Team GOP wrote, “And last, but not least: “RUSSIA COLLUSION!”  Russian collusion is perhaps the greatest hoax perpetrated on the American people. "THERE IS NO COLLUSION!"

The Media Research Center has studied the mainstream media’s percentage of negative coverage of Trump and his administration.    Team GOP cited that research, summing up, “…the media spent 90% of the time focused on negative coverage or fake news…" 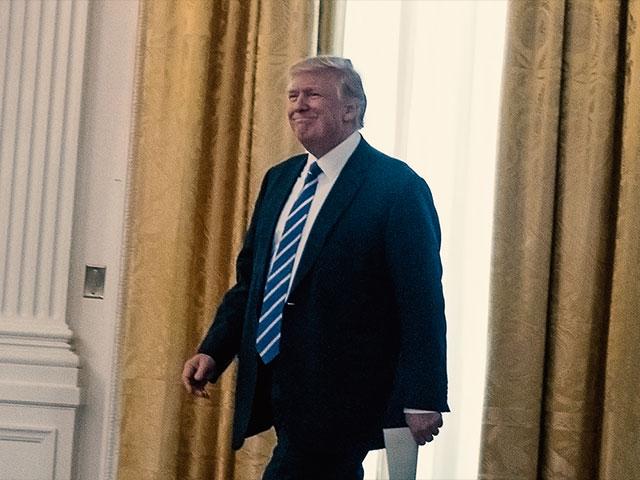