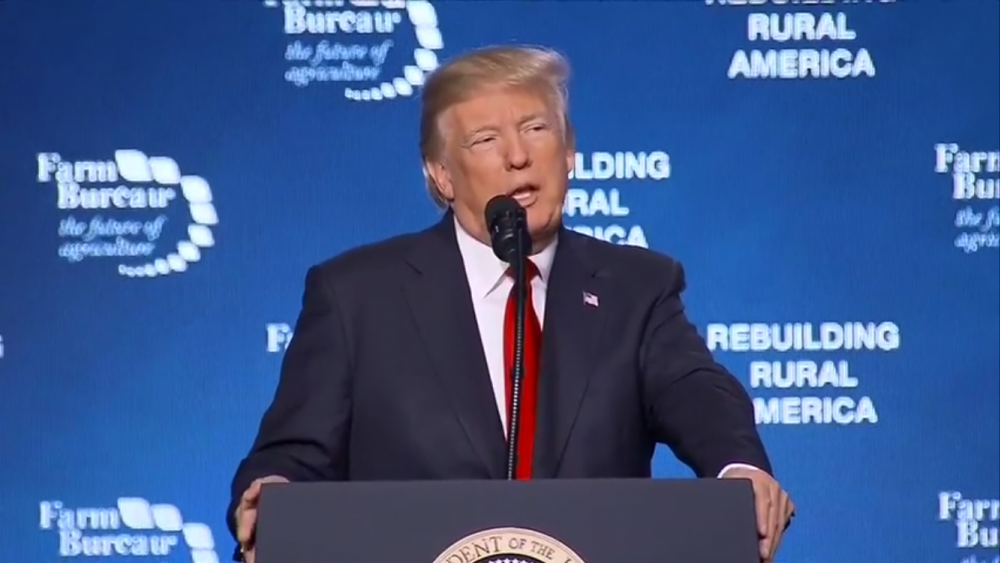 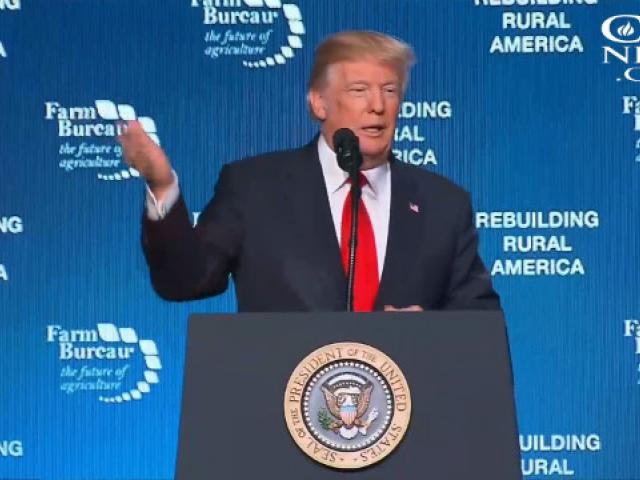 Click the player above to watch the president's address to the American Farm Bureau.

"Farm country is God's country," Trump told the assembled audience. "We are fighting for our farmers"

The president took up that fight using pen and paper when he signed two executive orders to expand broadband access to rural areas. He then touted how the $1.5 trillion tax overhaul helps working families, small businesses, and farmers.

"Most family farms and small business owners will be spared the estate tax, known as the death tax so you can keep your farms in the family," said Trump.

Trump explained how the tax bill allows companies to write off the full cost of new equipment, which means that more money stays on the farm.

"You will be able to deduct 100 percent of the cost of new equipment in the year you've made the investment," he said.

Trump is the first US president to address the farmer's group in a quarter-century. The last commander-in-chief to address the American Farm Bureau was George H.W. Bush back in 1992.

"I'm so honored to be the first president to address the American Farm Bureau in more than 25 years," the president told the crowd.

Aside from Trump's support, farmers now turn to Congress for help in the hopes of securing even more money in the upcoming Farm Bill.