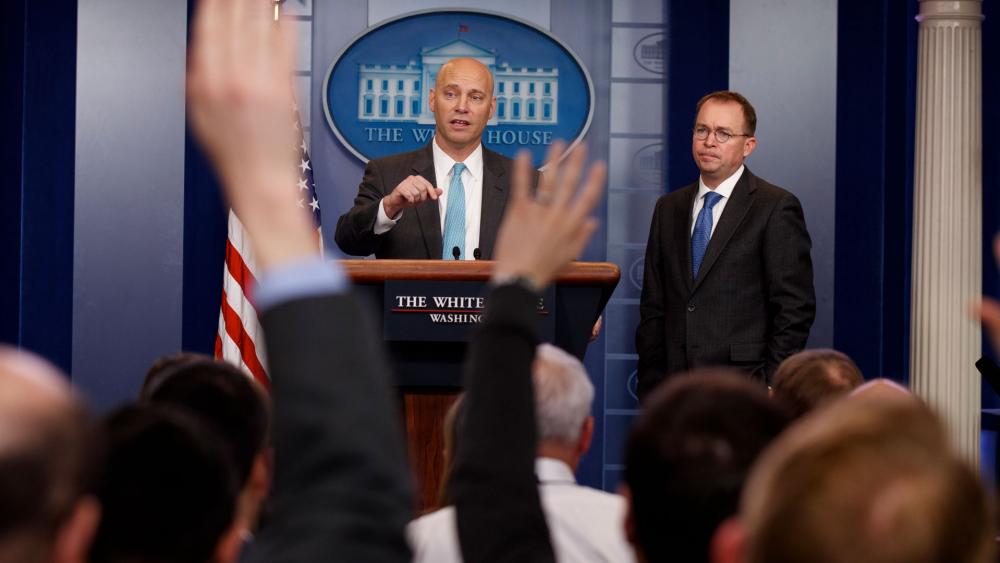 WASHINGTON – Professors, alumni and others at the University of Virginia are speaking out against the school's decision to hire one of President Donald Trump's former top aides as the one-year anniversary of the violence in Charlottesville approaches.

An online petition blasts UVA's hiring of Marc Short, Trump's former director of legislative affairs, saying  "The university should not serve as a waystation for high-level members of an administration that has directly harmed our community."

"As we approach the first anniversary of the white nationalist violence against this university, this town and our friends, neighbors, students faculty and staff — all of whom are represented among the injured — it is unconscionable that we would add to our university a person who served in a high-level position for the administration that first empowered, then defended, those white nationalists," the petition continues.

Short is expected to begin teaching at UVA's business school in August where he earned an MBA. He'll also serve as a senior fellow at the school's Miller Center, which focuses on presidential history and public policy.

The center includes officials from both Republican and Democratic administrations, and on Thursday, a spokesman for the center stressed its commitment to a non-partisan study of the presidency.

"Marc is widely respected in both parties. We had the privilege of getting to know Marc through the presidential transition and the Trump administration's first year, and have been impressed by his professionalism, effectiveness, and collegiality," Antholis said in a statement.

Short, a born-again evangelical, was a long-time Mike Pence aide before joining the Trump administration. As the director of legislative affairs, he served as the main liaison between the White House and Capitol Hill and was a frequent Trump spokesman on television.

He told Politico he is "sympathetic to the pain in the community."

"I think we could have done a better job expressing sympathy for the victims and outrage at those who perpetrated this evil," Short said.

He also told Politico he hopes UVA will continue to encourage diversity of opinion.

"I think that there is, as well, a cherished tradition at Thomas Jefferson's university, hopefully, of welcoming diversity of opinion," he said. "I hope that the message isn't that anyone who worked in the administration can't work at a university."

In addition to joining UVA, Short plans to take a position at Guidepost Strategies consulting firm.