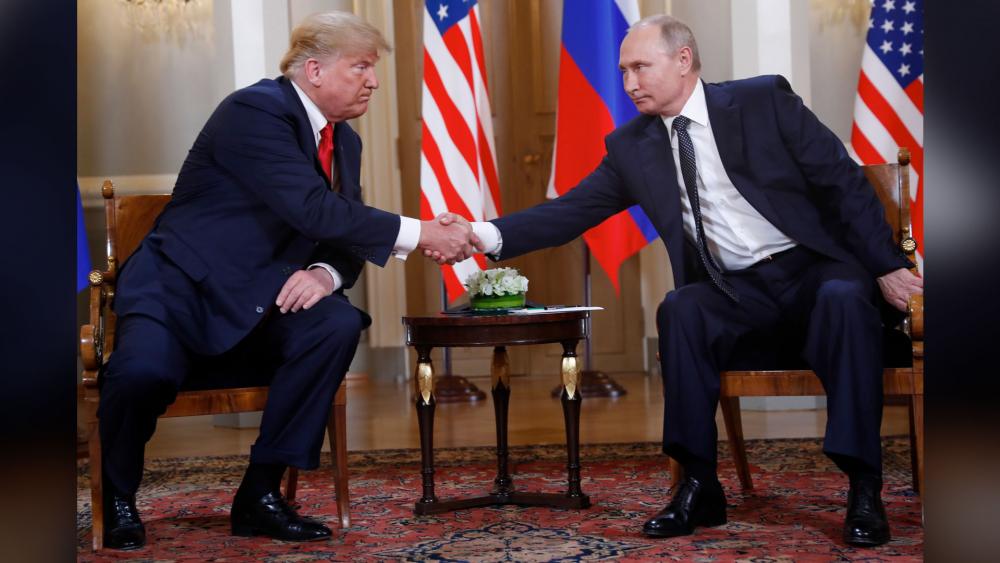 WASHINGTON – Democrats say they want to know what President Donald Trump agreed to behind closed doors with Russian President Vladimir Putin during their historic meeting in Helsinki, Finland.

The leaders met for two hours one-on-one. The only other people present were their respective translators.

Minutes after the meeting ended, the men stepped in front of cameras for the joint press conference in Helsinki that's created an uproar on Capitol Hill and in the media.

"We need to have the president share with us what happened at that meeting. If he won't do it, then the interpreter should come and we should make sure that we know what happened," said Sen. Jeanne Shaheen (D-NH).

Other lawmakers are being more direct, saying Congress should subpoena the president's translator to testify.

"We need to subpoena the translator; we need to know what was said in that private meeting between Putin and Trump," said Rep. Ted Lieu (D-CA).

Tuesday, President Trump clarified his remarks at the press conference saying he misspoke when he denied Russia attempted to interfere with the 2016 presidential election. He also said he has full confidence in American intelligence agencies.

According to Russian news agencies, Kremlin officials are responding to calls to subpoena Trump's translator.

Konstantin Kosachev, head of the upper house of parliament's foreign affairs committee, said the idea sets a dangerous precedent that threatens the "the whole idea of diplomacy."

Meanwhile, in his first public comments about the Helsinki summit, Putin told Russian diplomats that US-Russian relations are "in some ways worse than during the Cold War," but that his meeting with Trump allowed them to start on "the path to positive change."