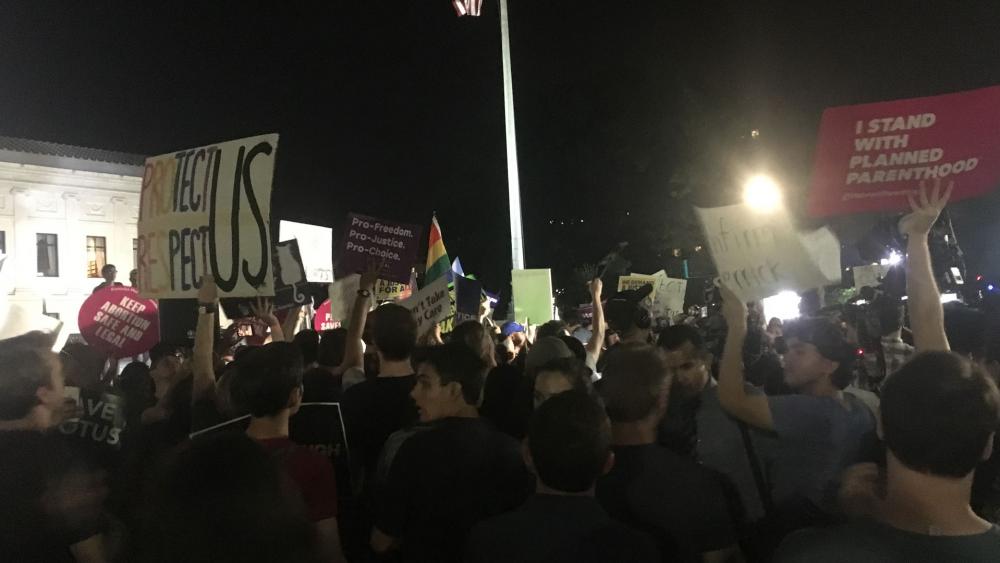 Hundreds of protesters gathered on the steps of the Supreme Court Monday night after President Donald Trump announced Judge Brett Kavanaugh as his nominee to replace Justice Anthony Kennedy.

Demonstrators held up signs and chanted "Kavanaugh has got to go."

Sen. Bernie Sanders (I-VT) attended the protest and encouraged protesters to defend abortion."Are you ready for a fight? Are you ready to defend Roe vs. Wade?" Sanders said. "This is a tough fight that we can win...we have the American people on our side, now we have to go state by state to make sure senators do what their constituents want."

Others took to Twitter to express their concerns over Trump's nomination, specifically when it comes to the issue of abortion.

"Access to safe and legal abortion, birth control, and other basic health care is hanging in the balance. If you're one of the 7 in 10 Americans who don't want to see Roe v. Wade overturned, this is the time to call your senators. #ScotusPick," Richards said.

Access to safe and legal abortion, birth control, and other basic health care is hanging in the balance. If you're one of the 7 in 10 Americans who don't want to see Roe v. Wade overturned, this is the time to call your senators. #ScotusPick

If you believe in:
- Abortion rights
- Equal marriage
- Enviromental protections
- Our system of checks and balances
- Civil rights,
You HAVE to vote Democrat this November. ALL of these are on the line right now. Elections have consequences, folks. These are them.
#ScotusPick

Some pro-lifers are opposing Kavanaugh because they do not believe he is pro-life enough.

"Judge Kavanaugh's reasoning on religious liberty, Obamacare, and issues concerning life have proven to be of major concern," said AFA President Tim Wildmon. "For these and other reasons, we are calling on citizens to urge their senators to firmly oppose the nomination of Brett Kavanaugh as a Justice on the United States Supreme Court," The American Family Association said in a statement.

However, some argue the passion over the abortion issue is overblown. As CBN News previously reported, abortion does not become illegal if Roe v. Wade is overturned. Instead, the issue will be given back to the states to decide.

President Donald Trump said he hopes the Senate will confirm Kavanaugh before the Supreme Court begins its term in October. Kavanaugh is Trump's second nominee to the high court since he took office in January 2017. 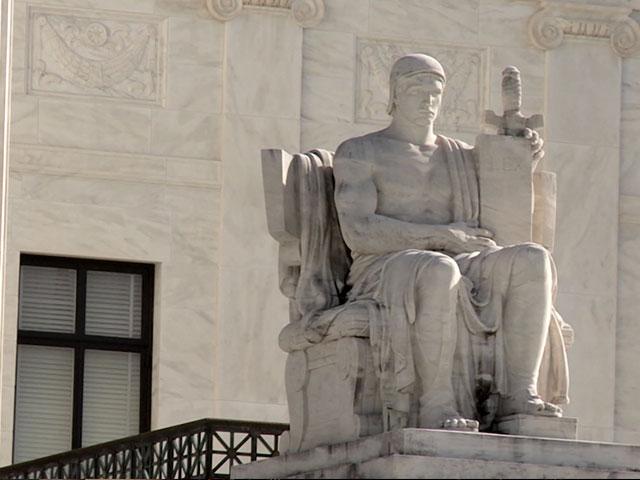 Here's What Would Happen IF Roe v Wade Were Overturned