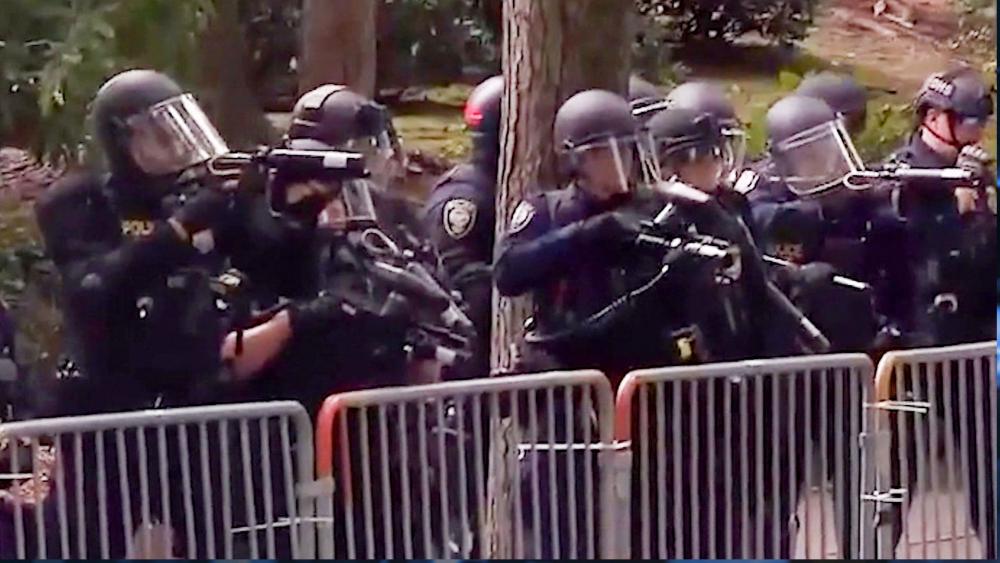 Antifa Riot
Thousands of protesters hit the streets in cities across the US this weekend angry over the Trump administration's border policy.
Speaker after speaker took to the stage outside City Hall in Los Angeles to tell the crowd that the Trump administration's separation of families at the border was against everything the US and its constitution represented.
Among them was US Rep. Maxine Waters (D-CA), who called for President Donald Trump to be impeached.
"I am not about to let this country go by the way of Donald Trump," Rep. Waters said. "We are sick and tired of him. He's been there too long. They dared me to say impeach him. Today I say – impeach 45 (referring to the 45th president of the United States, Donald Trump.)"
Waters also recently urged people to keep harassing members of Trump's administration in public after several administration officials were heckled at restaurants.
Trump responded, calling Waters "an extraordinarily low IQ person" and adding: "Be careful what you wish for Max!"
As protests continued in other parts of the country, things turned violent in Portland, Oregon, as two opposing groups clashed.
During a "freedom rally" held by a group called Patriot Prayer," rioters from the militant Antifa Movement, an anti-fascist militant group, showed up to confront them, lighting firecrackers and smoke bombs.
The Patriot Prayer group claims to fight for freedom of speech and courage to speak out.
But Antifa, who accused Patriot Prayer of being racist and promoting hate speech, fought to shut the rally down.
"It is very important that anti-fascists keep up the pressure so that we can stop them once and for all," Antifa's Facebook page says.
Portland police showed up to break up assaults and canceled the Patriot's rally. Nine people are now facing charges.
Other cities who held rallies included Washington, Seattle, and Atlanta.