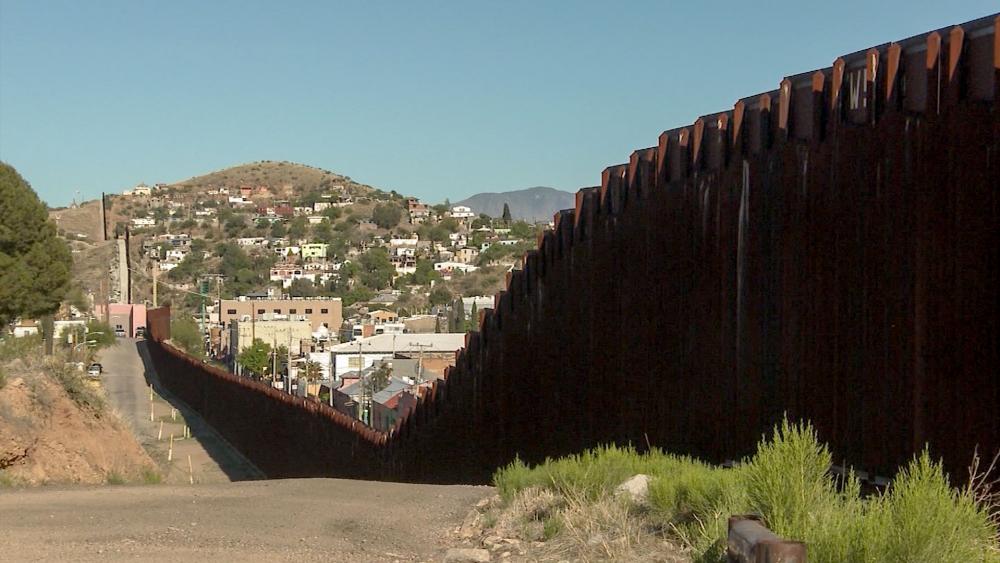 Friday morning President Trump told reporters outside the White House that he hates the administration's "zero-tolerance" policy that allows the government to separate parents and their children at the border. "I hate the children being taken away," he said before putting the responsibility squarely on Democratic lawmakers. "The Democrats have to change the law – that's their law," he argued.

It's an argument that many believe to be incorrect. Michael Wear, a faith advisor in the Obama administration, calls it a "flat-out lie" that the president has no power to change the policy. "He can stop it today with one phone call, with one stroke of the pen," he told CBN News.

On Thursday, Attorney General Jeff Sessions took on what he calls "church leaders" to defend the "zero-tolerance" policy.

Sessions said the hope is that the policy will deter parents from trying to enter the US illegally with their children. And he disagreed vehemently with faith leaders, including humanitarian Franklin Graham and the Southern Baptist Convention, who have spoken out against the policy in just the last few days.

Sessions called out "our church friends" for what he called criticism that is "not fair or logical."

He used Romans 13 to defend the policy. The New Testament chapter calls on believers to respect the authority of government. "I do not believe Scripture or church history or reason condemns a secular nation-state for having reasonable immigration laws. If we have them, they should be enforced," Sessions concluded.

Faith leaders kicked back against those comments, echoed by press secretary Sarah Huckabee Sanders later in the day when she said, "It's very biblical to enforce the law."

Friday morning Tony Suarez, the executive vice president of the National Hispanic Christian Leadership Conference and one of the president's faith advisors, chastised the administration with a tweet: "God have mercy on those that seem so nonchalant to the plight of children being separated from their parents." He also called out Congress for failing to vote on immigration reform.

God have mercy on those that seem so nonchalant to the plight of children being separated from their parents.

Johnnie Moore, another faith advisor, told the Washington Post, "While Sessions may take the Bible seriously, in this situation he has demonstrated that he is no theologian."

Moore's and Suarez's public admonishments are indicative of what appears to be a crucial test: what kind of influence will the administration's faith advisors have over public policy?

Wear believes it's playing out right now. "The administration has people surrounding it that have been bragging that faith leaders, especially evangelicals, have never had so much influence, so much access and this is a real test of whether that access is only for sycophants who they like having around as long as they agree with them or if faith leaders have the ability to change the trajectory of this administration," said Wear.

Wear said he's surprised that the administration is not holding meetings with faith leaders to at least acknowledge and respect a significant policy difference. "If evangelicals put this president in office then they deserve more than to be lectured to about their interpretation of Romans 13," he said.

After Sessions' speech, Southern Baptist leader Dan Darling argued that Romans 13 does not call Christians to blindly follow immoral laws. "Romans 13 doesn't simply mean we submit to the law. It also means, in a representative republic, that we are accountable for the laws we help shape," he said. Darling believes Christians must be involved in shaping laws. "To withdraw from politics is to say to our vulnerable neighbors, 'I have voice and agency and I refuse to use it on your behalf,' " he said.

Gabriel Salguero, president of the National Latino Evangelical Coalition told the Washington Post, "Overwhelmingly Scripture causes us to defend families...the Bible calls us to be pro-family and I personally find it deeply lamentable that we are separating children from their parents at the border or anywhere."

And Matthew Soerens, US director of church mobilization for World Relief, offered this convicting assessment using a verse from the Psalms:

"This passage both consoles—God defends the vulnerable, especially orphans, widows & immigrants—& chastens me, because in a government "by the people," it's not about individual leaders: we're ultimately all responsible for our systems that either protect or harm the vulnerable"

This passage both consoles—God defends the vulnerable, especially orphans, widows & immigrants—& chastens me, because in a government "by the people," it's not about individual leaders: we're ultimately all responsible for our systems that either protect or harm the vulnerable pic.twitter.com/ZciAjSb8rK

However, some evangelical leaders are defending the Trump administration.

Tony Perkins, President of the Family Research Council, argues that the border policy is more complicated than people claim it to be.

“When all else is equal, of course, we want families to stay together. But let's also remember that this situation isn't unique to the border. I can tell you from my time in law enforcement: If a parent or parents are arrested here in the states, the children are turned over to Child Protection Services, who holds them until a foster family can be identified. In both circumstances, the children are compassionately cared for -- not held in dank rooms behind bars, as some liberals would have you believe," he said. "But if parents aren't deterred by the consequences of breaking the law, the fault lies solely with them. If these families are looking for a way to stay together, here's an idea: come to America through the legal immigration process rather than crossing the border illegally."

Perkins admits the law is not perfect and could use some refining.

"Maybe these new small faces of the immigration crisis will prompt Congress to work across lines and unite in an effort to reform an immigration system that's dividing families and our country," he said.