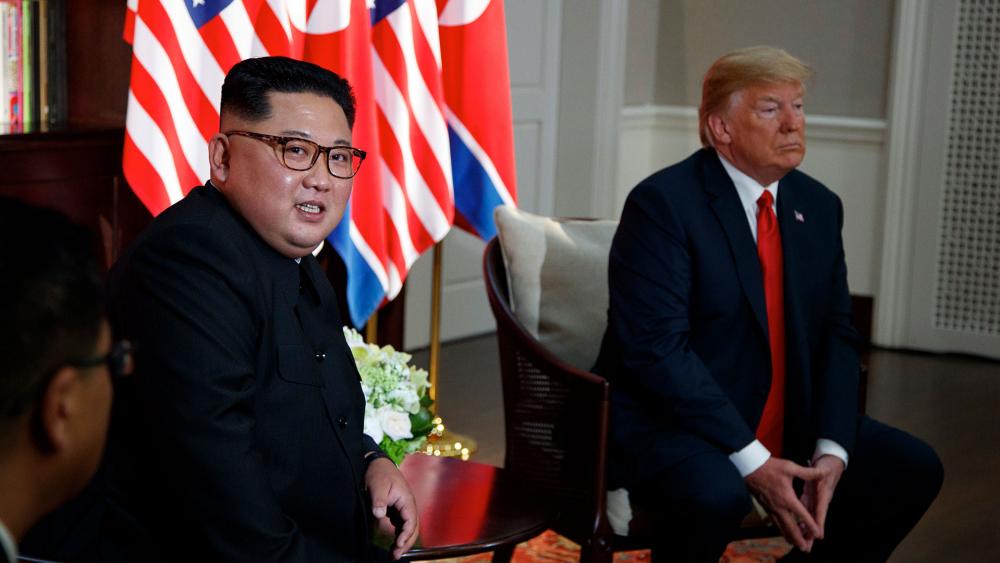 North Korea aired the historic face-to-face meeting between President Donald Trump and Kim Jong Un across state media Thursday, painting the US commander in chief in a new light.

It took two days after the summit's conclusion for the rogue regime to air video and pictures from the meeting.

Trump is now being called "the president of the United States of America," "President Donald J. Trump" or "supreme leader," which is a major change from being referred to as "dotard" last year.

Kim was clearly the star of the 42-minute program as his handshake with Trump didn't appear until 20 minutes in.

The post-summit transformation comes in the wake of children in North Korea being taught to distrust and even hate "American imperialists."

This shift signals a new era in the regime's relationship with the United States after Trump and Kim signed a document aimed at building a lasting, stable peace.

"Chairman Kim has the chance to seize an incredible future for his people. Anyone can make war – only the most courageous can make peace," Trump said upon signing the accord.

The key phrase in the agreement is that in exchange for security guarantees, Kim reaffirms his commitment to the denuclearization of the Korean Peninsula.

"The world will see a major change," Kim vowed. "I would like to express my gratitude to President Trump."

The North Korean people have limited access to other news sources so the state media's portrayal of Trump and the summit is incredibly important. 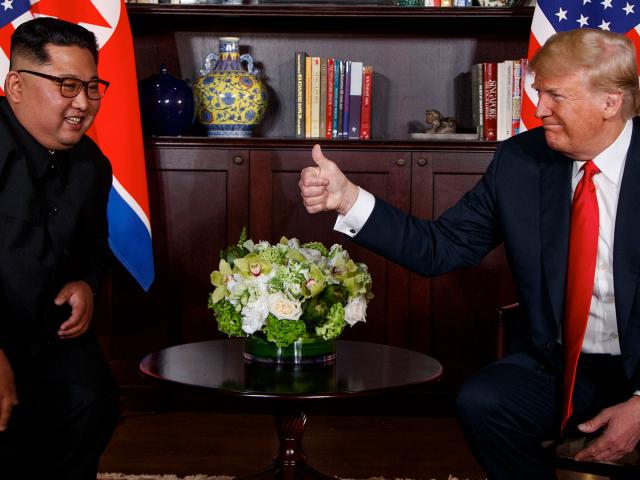 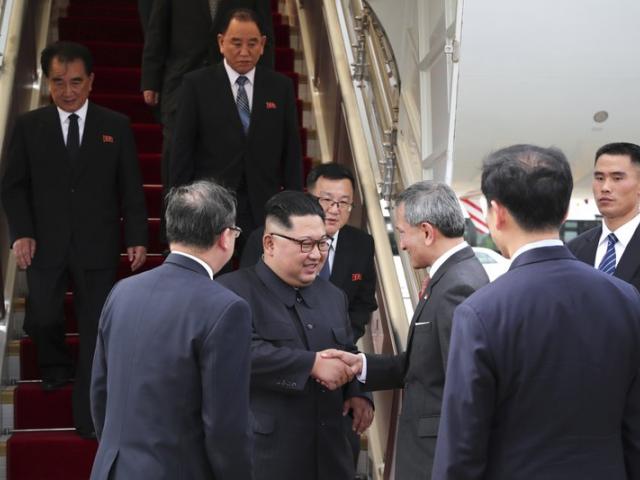 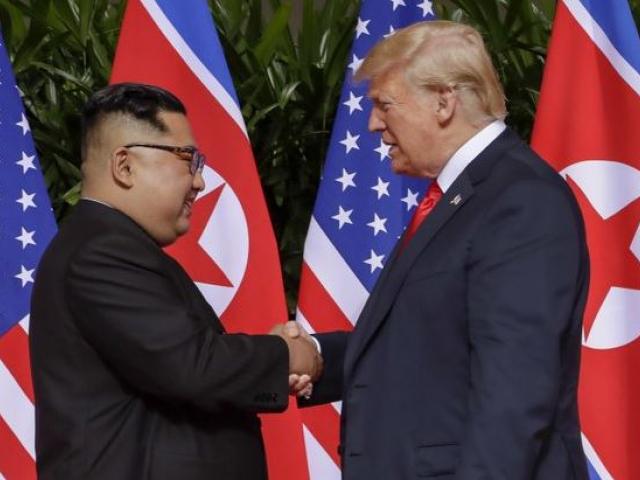