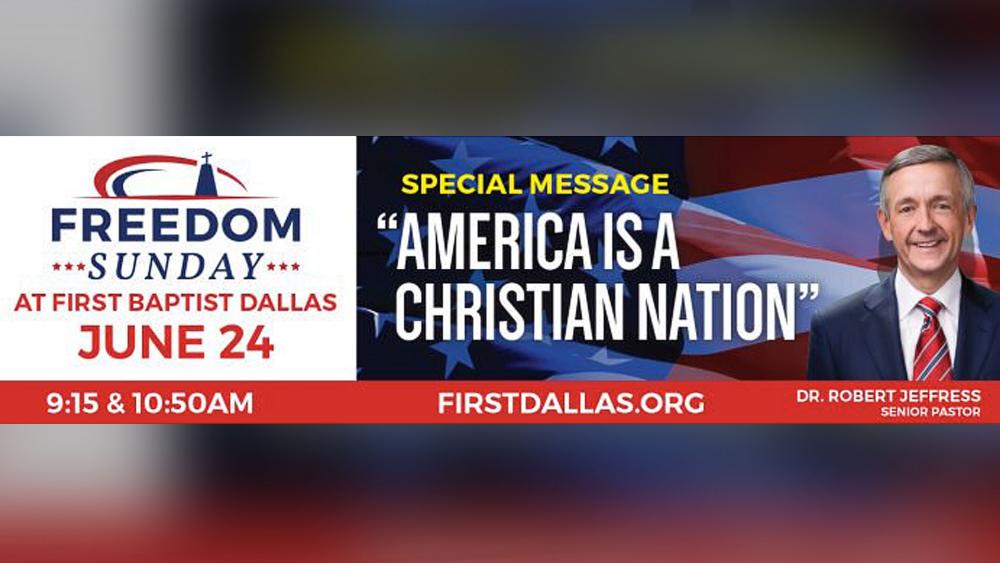 WASHINGTON – Pastor Robert Jeffress is fighting back after he says his mega-church, First Baptist Dallas, was forced to take down two billboards advertising his upcoming sermon, "America is a Christian Nation."

Jeffress tells CBN News the day after the billboards went up, the Dallas Morning News published two articles characterizing their content as "hateful" and "divisive." Dallas Mayor Mike Rawlings was quoted in one of the articles.

Jeffress says the articles were sent to the company that created the billboards, Outfront Media, which ended up taking them down and canceling its contract with First Baptist Dallas. The company pointed to the Dallas Morning News articles and classified the advertisements as "anger-provoking."

Now, Jeffress is questioning Rawlings and the city of Dallas.

"Let's be very clear: We do not object to the billboard company's right to refuse to post our message," Jeffress told CBN News. "What we do object to is the city of Dallas, its mayor and any other officials indirectly interfering with our church's right to publish its own message."

"Our question is simply this: Did the city of Dallas directly or indirectly in any way threaten the billboard company? If so, I think that is action that is illegal," Jeffress added.

"A Dallas Morning News reporter asked him his opinions about the billboard and he shared his thoughts. That was the extent of it," Goldstein said.

The "America is a Christian Nation" sermon is part of the church's "Freedom Sunday" which Jeffress says is based on Psalm 33:12 – "Blessed is the nation whose God is the Lord."

"The gist of my message this coming Sunday is to point out the historical evidence that, in fact, our nation was founded by Orthodox Christians who believed that the future of our nation's well-being depended upon our adherence to Christian principles," Jeffress told CBN News.

"'America is a Christian Nation,' did not come from me. It originated from John Jay, the first chief justice of the Supreme Court, and was also found in two different Supreme Court rulings," he went on.

RECENTLY: 'March for Eternal Life' in Dallas Shines Spotlight on Jesus Christ and His Message of Salvation

Since cutting ties with Outfront Media, Jeffress tells CBN News another company has offered to put up 20 billboards in the Dallas area.

"I thank Mayor Rawlings and the Dallas Morning News for helping us promote our message," he said. 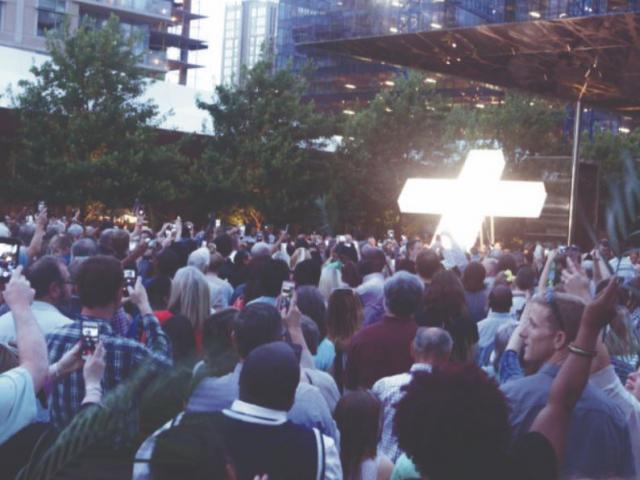