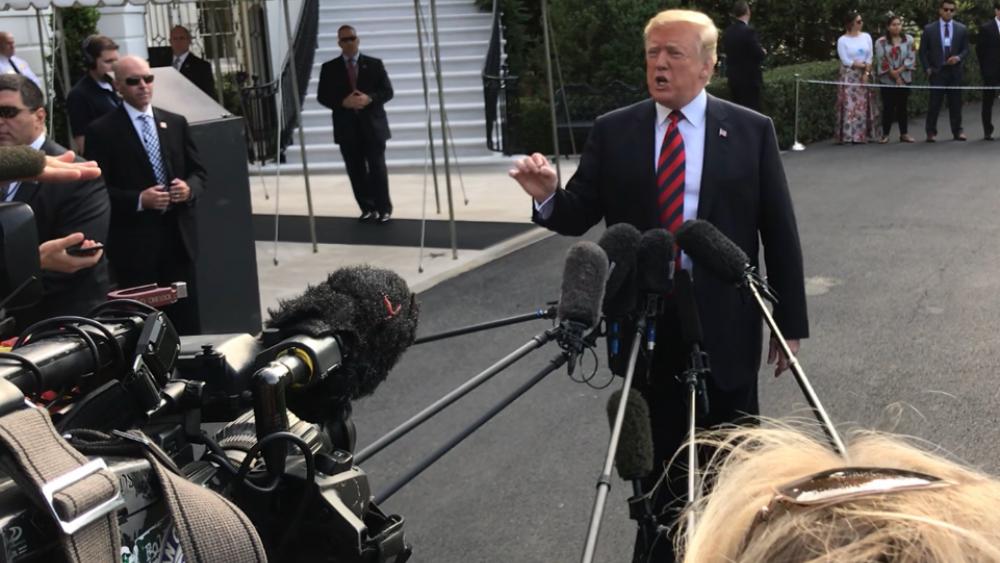 WASHINGTON - President Donald Trump is calling for Russia to reinstated into the G7 among the world's largest economies.

"It used to be the G8 because Russia was there and now Russia is not in it," Trump said. "I would recommend Russia should be in the meeting."
Russia was removed from the summit in 2014 after its forced annexation of Crimea away from Ukraine.

According to Sputnik News, Kremlin spokesman Dmitriy Peskov responded to Trump's call for reinstatement, saying, "Russia is focused on other formats, apart from the G7."

Meanwhile, tensions are expected to be high as Trump faces his Western allies for the first time since hitting the Canada, EU and Mexico with steel and aluminum tariffs.

"We will do what is necessary to protect the US -- its business and its workforce," said White House economic adviser Larry Kudlow.

But Kudlow was quick to downplay the rift between the president and US allies.

"We are talking everything through. There may be disagreements. I regard this much like a family quarrel," Ludlow said.

Those leaders are already frustrated with Trump for withdrawing from the Paris climate accord and the Iran nuclear deal.

The commander in chief plans to skip the climate change and environment portion of the G7 and leave early for Singapore for his historic meeting with North Korean dictator Kim Jong Un.