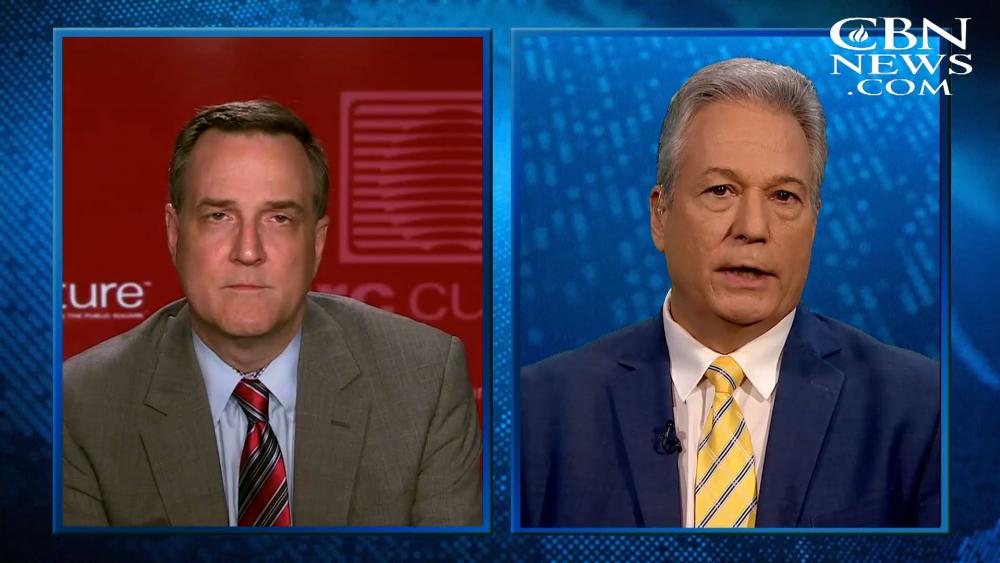 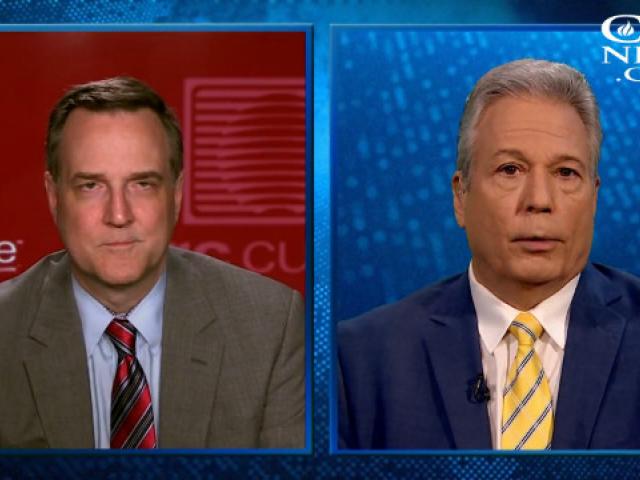 CBN News Senior Correspondent Gary Lane talks with Dan Gainor of the Media Research Center about the rise of incivility in our politics. Click play to watch the interview.

Actor Peter Fonda tweets hateful comments about the president, his son, and wife. Congresswoman Maxine Waters calls for harassment of Trump administration officials. And, White House Press Secretary Sarah Huckabee Sanders and her party are forced to leave a Lexington, Virginia restaurant. Is this the new norm in America?  Are we entering an era of incivility?

Dan Gainor, the vice president of business and culture for the Media Research Center, says it is a real problem that must be brought under control on both sides of the political spectrum.

He said the attacks on Trump began during his campaign for the presidency with people charging the stage at campaign rallies and worse.

"Since then, we just passed the one-year anniversary of an attempted assassination of multiple Republican congressmen that sent two to the hospital, one seriously. And let's not rule out a liberal attacking Sen. Rand Paul at his home," Gainor explained.

"We see not just these incidents, but the tenor of things has been ratcheted up to the point that the Left doesn't want anyone they disagree with to be able to go to a school without confrontation, a restaurant, a movie, go shopping, and certainly even go to your work or go to your home. They are protesting in all of these places," he said. "They are using the same tactics we saw in the 1930s to silence opposition. And the people who did that then were Brown Shirts - that's the big difference."

But what is the effect when a member of Congress calls for administration officials to be harassed?

"I think it basically says 'Oh, if Congress is okay with this, then that's fine.' This is where if the media did a vaguely legitimate job, they would be lined up out the doors of Congress today to go up and confront Democratic officials and say ' do you agree with what she said? Or, are you with the Left, taking this kind of incivility or harassment to the max?'" Gainor questioned.

Could this be a result of the president's tweets?  Obama administration officials were not harassed, even though some of the administration's policies were very unpopular with the public. Gainor believes the reaction would have been extreme.

"You would have had media people calling for widespread harassment, silencing of speech, and people to be banned from social media," he said.

"I remember another context here as we've seen three examples of liberal media outlets openly declare, The Daily Beast, The Huffington Post, and most recently, Splinter News, which is a division of Univision, all of them doing what's called 'doxing' of people on the right, where you voluntarily release data about that person," he said.

"In one case, it cost the woman's husband his job. They ending up harassing people at a restaurant. The woman's brother's daughters were harassed. It cost them advertising clients," he continued. "This is a dangerous trend where they think anything goes. And yet, if the reverse had happened, they'd be screaming so loud you could hear them across the country," Gainor told CBN News.

Members of the Tea Party used harassment techniques against Obama administration officials several years ago. Then there's President Trump's inflammatory tweets. CBN News asked Gainor if this type of behavior is any different than what is happening now?

"One is they're exaggerating things. There's been an ongoing sort of street combat we've had since Occupy Wall Street where the Left has tried to confront people and also commit widespread examples of crime, as Occupy Wall Street did, as Black Lives Matter groups did, etc.," Gainor pointed out.

"The Left is really doing push-back on President Trump. 'Trump said mean things and said people should be confronted aggressively at his rallies. Trump said this.'  But they forget the Left was actively trying to silence Trump's rallies. They ended up shutting down one of them. And they had professional disruptors going to these events trying to silence them.  So compare that to having a member of Congress calling for people to be harassed -- there's just no comparison at all," he explained.

Some of these protests seem to be well-planned and well-organized. Gainor says he doesn't know who is doing it.

"I know some people on our side will say that George Soros is tied to it. Part of the problem with that is George Soros funds almost everything on the left. You can say that, but it doesn't necessarily mean that its true," he said.

"If you go back to the Women's March, you could definitely say that in that case," he said. "We did the analysis and a hundred of the groups in the Women's March received $246 million from Soros' foundation.  That doesn't mean they did it because Soros told them to," he said.

He says there is a lot of "group thinking" at play.

"They think they can get away with that stuff. And then they take action.  We see media outlets either supporting it or not making a big deal about it," Gainor explained.

"You don't see everybody panicking about what Maxine Waters did here, because the media don't want to make it a big controversy," Gainor continued.

When it comes to Hollywood celebrities and TV commentators, Gainor says they play an influential role.

"Peter Fonda's heyday was 49 years ago when Easy Rider came out, so maybe he's not super influential.  He says a lot of controversial things. But when you think about it, his movie just came out on Friday and Sony Pictures didn't pull it," Gainor pointed out.

"That might have something to do with the fact that Sony executives and staff have given $190,000 almost exclusively to liberal and Democratic causes since the election," he also said.

"They're influencers. Here's the scary thing though for their side. They might be influencers in the opposite direction," he suggested.

"Ordinary Americans see a Peter Fonda calling for Trump's son to be put in a cell with pedophiles. And, they look at that and they find it to be so unhinged, so demented and evil that I think it pushes Independents toward Trump and I think it pushes even moderately strong Republicans toward Trump," he explained his thinking.

So what do we need to do to stop all of this and become more civil in our politics?

"I think we're all guilty of it," Gainor said. "We saw with the passing of Charles Krauthammer, a giant who worked for both sides and was very much an honorable, civil guy.  I think we ought to learn from that. But then you look at it and you say 'you've got people who are calling for harassment,'" he said.

"Harassing people at their homes, their businesses. It's hard to be civil in the face of that.  So I think it's the responsibility of both sides to try to damp down what's going on here. Because if we don't, then we head to a path that's not a good place and we'll all suffer for it," Gainor concluded.

'Dirty on the Inside!' Trump Blasts VA Restaurant that Booted Sarah Sanders Because She Works for Him
CBN News Email Updates