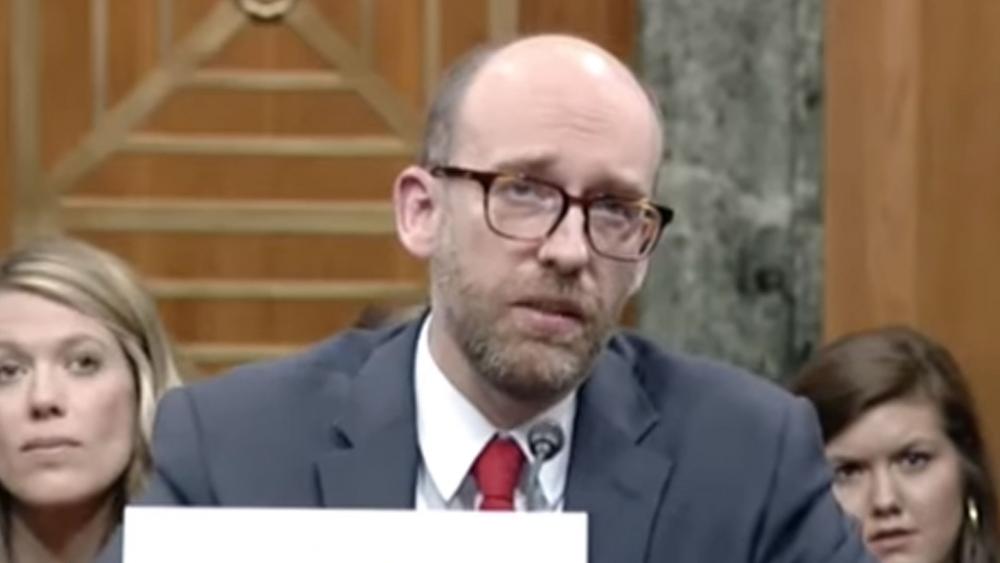 Russell Vought is now the Deputy Director of the Office of Management.

Last year, Vought drew national attention after Sen. Bernie Sanders, I-VT, grilled him over comments he made about Muslims.

In a blog, Vought had defended Wheaton College for their decision to force out a professor who said Christians and Muslims worship the same God.

Sanders said Vought was unfit for public service due to his Christian beliefs.

"I'm a Christian, and I believe in a Christian set of principles based on my faith," Vought said at his confirmation hearing.

"That post was to defend my alma mater, Wheaton College, a Christian school that has a statement of faith that includes the centrality of Jesus Christ for salvation," he continued.

That enraged Sanders who became visibly agitated as he blasted Vought for his belief that Jesus is the only path to salvation.

The Family Research Council launched a petition calling for Sanders to apologize for his comments. More than 55,000 people signed the petition.

"It was a shocking moment to watch a United States Senator declare that holding to a central tenet of Christianity that Jesus is the only way of salvation is enough to render a well-qualified nominee unfit for public service. Vought's biblical view of salvation is no different than what Billy Graham preached for more than six decades."

"Thankfully, 49 senators and Vice President Pence in his tie-breaking vote sent a message that public servants can express their biblical views on salvation without fear of being held to an unconstitutional religious test."

"The thought that Sanders is a senator who almost won the Democratic Party's nomination for president—a man who thinks there's no room in the public square for people who believe the Bible—is a chilling one."

"I congratulate Russell Vought and thank President Trump and Vice President Pence for standing up for the freedom of every American to believe and live out those beliefs in the public square," Perkins concluded.

The Senate confirmed Vought in a 50 to 49 vote.

Pence's vote was essential to Vought's confirmation. Although Republicans control 51 seats in the Senate, Sen. John McCain and Sen. Mike Rounds of South Dakota were not present.

This is Pence's ninth tie-breaking vote in the Senate.