'We Continue to Pray for Otto's Parents': Trump Talks North Korea, US Trade 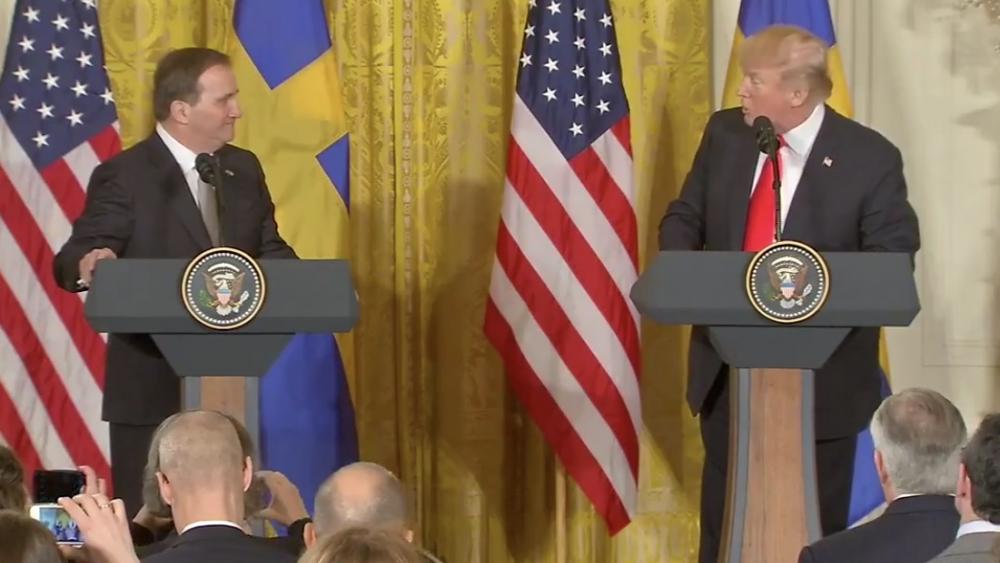 WASHINGTON - North Korea and US trade were the focus of talks between President Donald Trump and Sweden's Prime Minister Stefan Lofven.

"We are grateful to Sweden for advocating for Americans detained in North Korea," President Trump said. "We continue to pray for Otto's parents over the tragic death of their son."

In a joint press conference at the White House, President Trump thanked Sweden's efforts to intervene in North Korea.

"We have to find a dialogue, it's not easy but that its the way it has to be," Prime Minister Lofven noted. "It is a dangerous situation."

The danger stems from North Korea's nuclear program and their frequent missile tests. The rogue regime has said it wants to talk to the US, but it's not clear who would represent America in any such meeting.

President Trump said that he thinks North Korea "is sincere" with its invitation to talk, but reiterated that Pyongyang would first have to "denuke."

"This should have been handled long ago," Trump told the assembled reporters. "Hopefully, we will go the peaceful path, but we are prepared to go whatever path is necessary."

"With North Korea, I believe that they trust us," Lofven said. "If they want us to help out, we'll be there."

The conversation then shifted to US trade and Trump's plan for international tariffs on steel and aluminum.

"We have a trade deficit of $800 billion a year and that's not going to happen with me," Trump exclaimed. "I don't blame the countries, I blame our leadership to allow it to happen."

The White House is facing pressure from lawmakers and even manufacturers who say the proposed tariffs would hurt the economy and lead to retaliation from other countries.