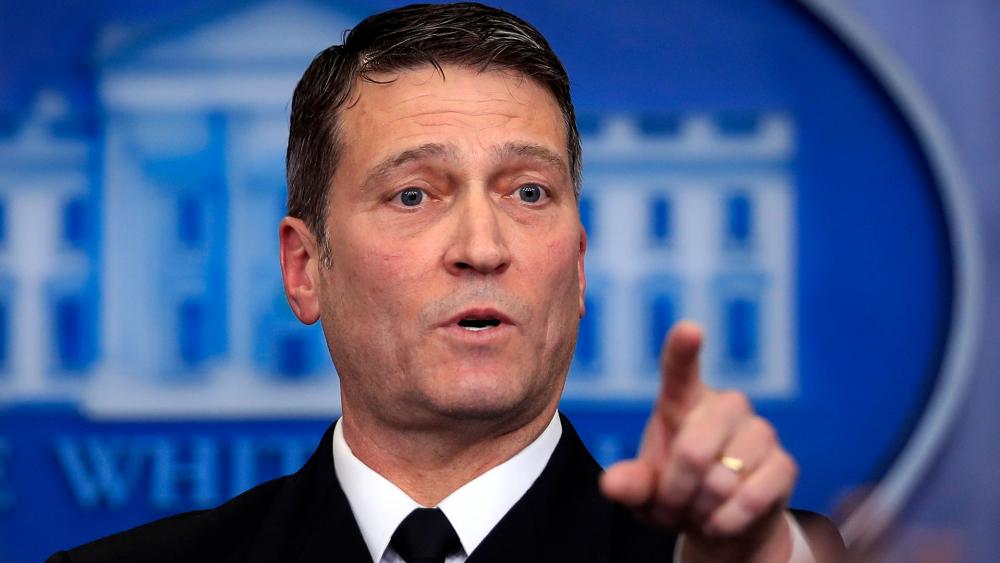 WASHINGTON - The president's physician is on call to take over the health of the Department of Veterans Affairs.

You may remember Jackson from his hour-long exchange with the press on the president's first physical exam since taking office, which included a cognitive exam, at the president's request.

Jackson practiced combat medicine in Iraq and has served as White House physician since 2013.

If confirmed by the Senate, overseeing an agency with some 360,000 employees and a budget of nearly $200 billion will be a big change for Jackson.

Reaction from veterans groups has been mixed.

"I am deeply concerned about the nominee. Veterans' lives depend on this decision, and the Trump administration needs to substantiate that this active-duty Navy officer is qualified to run a $200 billion bureaucracy, the second largest agency in the government," he said.

Carl Blake, executive director of Paralyzed Veterans of America, added, "Paralyzed Veterans of America is deeply disappointed by the departure of Dr. David Shulkin as secretary of Veterans Affairs. Given the vacuum that already exists in the senior leadership positions at the Department of Veterans Affairs, this decision will only exacerbate the challenges VA faces as it works to implement meaningful reforms."

"While honoring Dr. Ronny Jackson's service, senators must ask him blunt, direct questions about how the VA works. We are concerned about his readiness to assume control," the veterans group tweeted, adding, "Now is not the time for people who need training wheels."

Veterans and all Americans will learn more about Dr. Jackson in the weeks to come as he begins the Senate confirmation process.