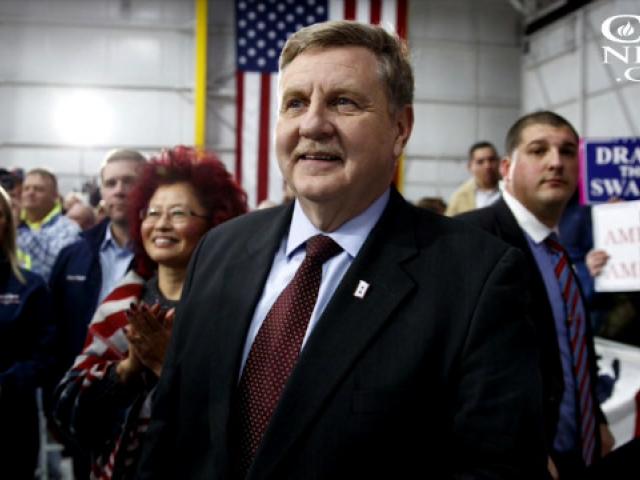 According to the Manmouth University poll, Lamb leads state legislator and Air Force veteran Saccone 51 percent to 45 percent. The survey is based on a voter turnout model similar to other special congressional elections held last year.

The Manmouth poll suggests even if Democrat voter turnout is low, Lamb could still possibly defeat Saccone 49 percent to 47 percent.

The two candidates are competing to fill the vacant seat of Republican Representative Tim Murphy who resigned last fall.

Rep. Glenn Thompson, (R) Pennsylvania, told CBN News that despite the Manmouth poll, Saccone still could pull off a victory if he can get evangelicals and Republicans to show up at the polls.

"He is a friend of mine and he's a brother in the Lord. Rick would do a great job in Congress...This race will be about turnout," Thompson said.

Thompson represents Pennsylvania's 5th Congressional District and on Saturday, he joined President Trump at a rally in Moon Township near Pittsburgh. He said he believes the enthusiasm of the crowd may prove pollsters wrong.

"We had five to six thousand people in there. It was shoulder-to-shoulder, the energy and enthusiasm in there was amazing.To see that 72-hours before a congressional race, I take that as a good sign."

Thompson admits "turnout is everything" and he is optimistic that voters will show the same enthusiasm for Saccone as they did for President Trump during Saturday's rally.