After Calls for Civility at McCain Memorial, Nation Looks Ahead to Nasty Kavanaugh Confirmation Battle 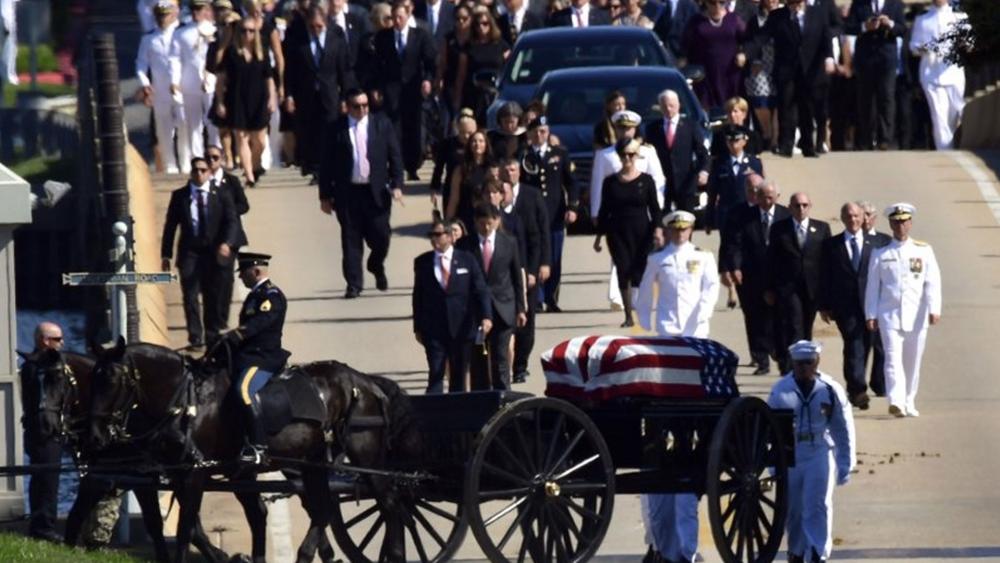 5830225061001
After Calls for Civility at McCain Memorial, Nation Looks Ahead to Nasty Kavanaugh Confirmation Battle

The nation's capital is quiet this Labor Day, taking a brief pause between historic events.

On Sunday, the country said its final goodbye to Sen. John McCain on the cusp of a huge political battle.

Democrats and Republicans will square off Tuesday over the confirmation of Supreme Court nominee Brett Kavanaugh.

This comes after Sen. McCain's memorial service became a call for bipartisanship and civility.

The Vietnam War hero's casket was taken in a horse-drawn cart and laid to rest at the US Naval Academy in Annapolis, Maryland, on Sunday.

Overhead, four F-18 fighter jets flew a "missing man" formation to honor the Navy pilot who was shot down in Vietnam and held for five years as a prisoner of war.

On Saturday, at the National Cathedral in Washington, family, friends, and one-time political opponents took the pulpit to remember McCain's larger-than-life influence on America's political life.

Former President Barack Obama highlighted McCain's willingness to reach across the political aisle and suggested that Americans should follow his example.

However, it was the senator's daughter, Meghan McCain, who drew the most attention when she took a jab at President Donald Trump, who famously feuded with her father and was not invited to the service.

"The America of John McCain has no need to be made great again because America was always great," she declared.

President Trump didn't seem to agree and took to social media shortly after the service, tweeting in all caps, "MAKE AMERICA GREAT AGAIN!"

"She is her father's daughter," the South Carolina lawmaker told CNN's "State of the Union" Sunday. "If you say something bad about her dad, you will know it, whether you are the janitor or the president of the United States. She is grieving for the father she adored. And I think most Americans understand that."

As the week begins, a new battle is brewing on Capitol Hill as the Senate Judiciary Committee prepares to hold its first hearing Tuesday with Judge Kavanaugh, President Trump's second nominee to the high court.

"So let me start with Brett Kavanaugh in this way: He is the most unpopular Supreme Court nominee in the last 40 years," Senate Minority Whip Dick Durbin (D-IL) said during an interview on "Fox News Sunday."

Still, most analysts expect the 53-year-old nominee to be confirmed and on the bench when the court begins its new term Oct. 1. 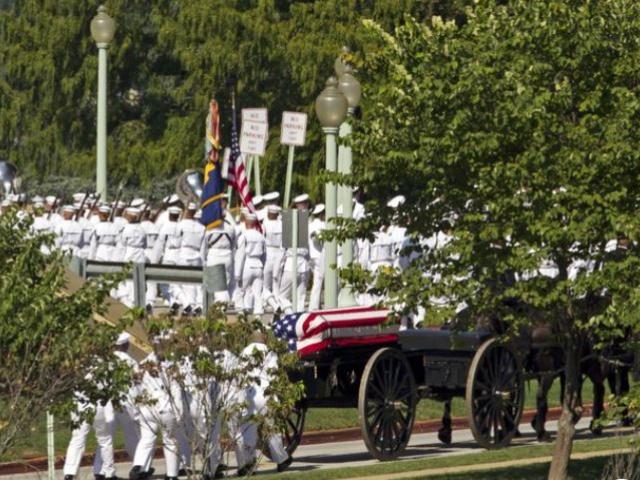