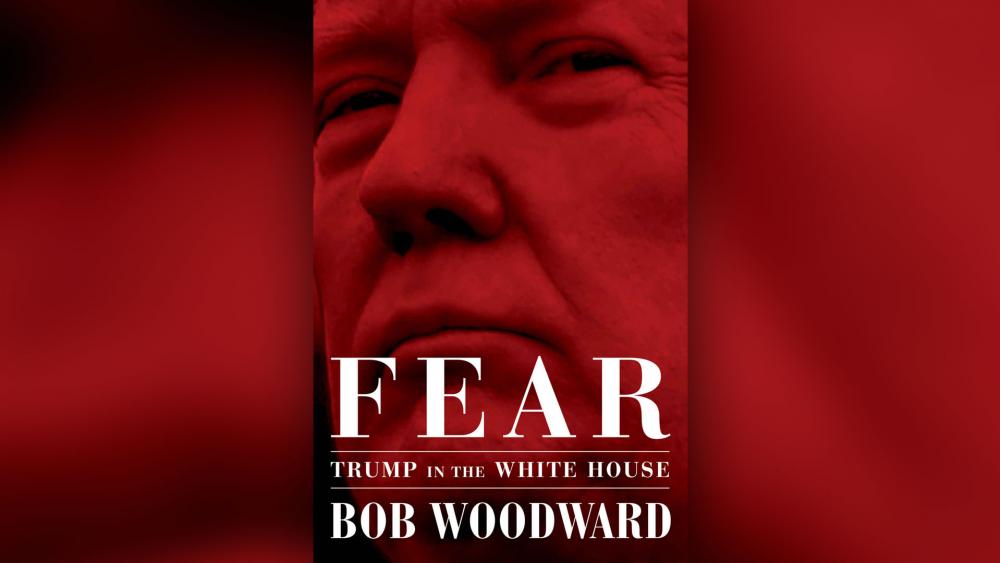 The Establishment Comes Out of the Woodwork for Woodward

FEAR, Bob Woodward's book about the Trump administration definitely frightened me. But not in the way he clearly intended. Woodward's use of quotes both liberally (pun intended) and haphazardly, made me fearful that I wasn't getting anywhere near an accurate account of who said what. Was it one of his deep background sources saying nasty things about the president? Was it Woodward's own take of what his source told him? Was it a combination of both? Was this really what was said in the actual conversation or was it one of his sources recalling it a certain way to make them look like a hero and the voice of reason? I had no clue. For example, at one point Woodward alludes to the fact that Trump said the following about former National Security Advisor H.R. McMaster: "This pointy-head academic has no sense of business or how to negotiate." That actual sentence was not in quotes in the book so Trump never said it but Woodward writes like Trump did say it or was he channeling Trump's thoughts based on his sources? Was it the way Trump felt? Is it Woodward interpretation of what Trump might think? It's all very confusing and a disservice to the reader who is trying to get at the real truth, not a cheap imitation of it. Any honest assessment of the book would come to that natural conclusion.

Beyond the quotes confusion, you couldn't help but notice the liberal slant prominent throughout the book. Woodward aims insults directly at Trump. The list I've compiled below isn't coming from his sources. It's coming from Woodward. Of note:

• In the introduction, he talks about a "nervous breakdown" of, "executive power."
• Describes the White House as, "anarchy."
• Describes Trump as, looking "imperial." How does he know? Spin.
• Describes Trump's answer to a question by NBC's Lester Holt as a "long, rambling response." Why not just use the word, "response?"
• Calls Trump an "aggrieved Shakespearean king." Spin. Evangelicals call him a modern-day Cyrus the King. Why is Woodward right? (He's not).
• Insults Trump about how you have to use, "teenage logic" with him.

Hey Bob, at least you revealed your agenda so thank you!

Look, I'm not saying that the events described in the book painting Trump as an impulsive, narcissistic, amateur didn't happen in some form or fashion. The issue is to what extent are we getting the full story and context? You have to consider the sources Woodward is talking to. It doesn't take a rocket scientist to figure out that the MAIN sources in the book were Gary Cohn ( a liberal globalist), H.R. McMaster (establishment leaning), Steve Bannon (a guy who never saw Trump as smarter than him) and Rob Porter (establishment leaning who wasn't a Trump supporter during the 2016 presidential campaign). Woodward has plenty of other DC establishment, "deep background" sources in the book as well (too numerous to go through all of them) and the point they are all trying to make is this: Trump doesn't follow proper protocol or procedure, it's zig-zag all day, doesn't tell the full truth and it all leads to, "Crazy Town." You get the distinct impression throughout the book that Woodward, and more importantly his sources, believe that "the establishment" knows best and that Trump's unconventional, erratic, shoot from the hip, gut instinct impulses are bad for America. Of course, that's going to be Woodward's narrative because his sources are, for the most part, the establishment! Duh.

BUT, in Woodward's quest to tell that story, here's the point he misses even though it is well detailed in his own book: A full reading of, FEAR, actually shows a president who, time and time again is determined to keep his campaign  promises to his base despite a bunch of contrary advice coming from inside his administration. At one point, apparently Porter and McMaster were trying to soften the Paris climate accord pullout language but Trump refuses, saying he has to be loyal to his base. Trump didn't buckle under all the pressure to become more, "establishment." That's VERY clear in the book but you don't see the liberal media talking about that at all.

Additionally, Woodward points out positive moments for Trump where he's called a good listener or when he personally apologized to Lindsey Graham for giving out his cell phone number during the campaign. Furthermore, the book shows instances where Trump gathers himself after provocative lines like, "Let's Kill Assad!" The media loved to report that line and how Secretary Mattis reportedly said afterward that we're not going to do that. But what the media doesn't report is how Trump actually stepped back from that statement and moved on. Same thing in Afghanistan. He doesn't want to be there but the book shows how he listened to the generals.

So what's my bottom line analysis to Woodward's book? The author paints a picture of narcissist president hell-bent on marching to the beat of his own drum, ignoring process and doing things his way. Hey Bob, wake me when you can tell me something that I don't know! First of all, anybody who runs for President of the United States has a healthy streak of narcissism (Paging Barack Obama). And yes, Trump is UNCONVENTIONAL. All caps. 24 font bold. And yes, is it hard to work for him? Sure. He's a billionaire with an ego to match his bank account and he ain't a Boy Scout. He's not going to earn a merit badge in, "decorum and niceties." But through it all, he's actually getting results. He's actually shaking things up. He's actually keeping his promises, something establishment Washington isn't used to. He came in like a wrecking ball ( for those over 60, Google Miley Cyrus and you'll get the reference. Actually, on second thought, don't do that!) and isn't going to change. I fully understand why that puts fear in the establishment crowd. But for tens of millions of, "deplorable Americans" it doesn't invoke FEAR. It reinvigorates their HOPE for a better America.