Bribes, Threats of Sexual Violence: Inside Liberals' Attempts to Force Sen. Collins to Vote 'No' on Kavanaugh 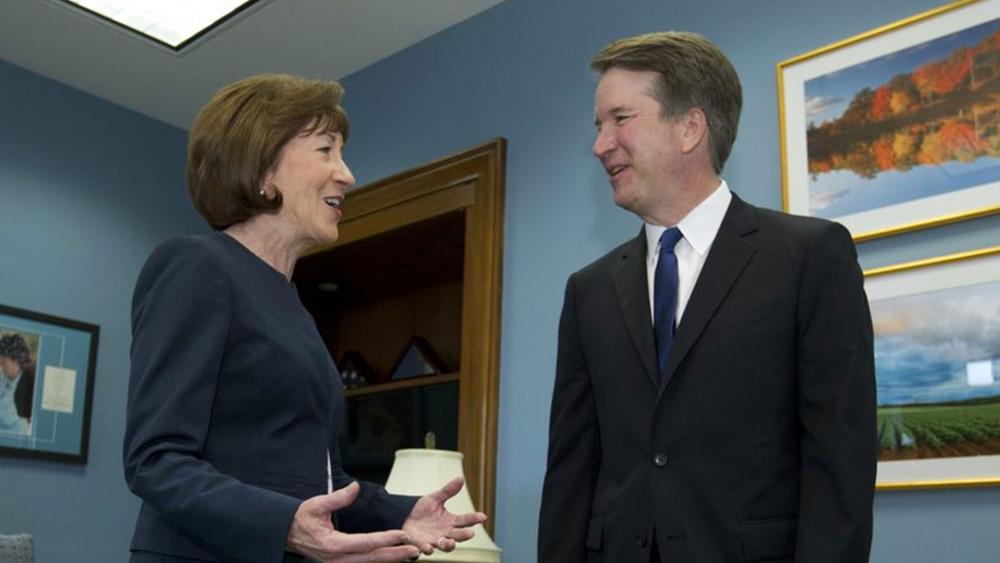 WASHINGTON – With no clear path forward to derail Judge Brett Kavanaugh's nomination to the Supreme Court, liberal activists in Maine have resorted to questionable tactics to urge moderate, pro-choice Republican Sen. Susan Collins (R-ME) to vote against the nominee.

Both the Maine People's Alliance and Mainers for Accountable Leadership joined forces and set up a crowdfunding site that has raised over $1 million. According to the website, there are two scenarios:

The website goes on to threaten that if she votes in favor of his nomination, "We will get you out of office."

"Your swing vote could decide whether a rubber stamp for Trump's anti-healthcare, anti-woman, anti-labor agenda gets confirmed to the Supreme Court–costing millions of Americans their health care, their right to choose and their lives," the website continues.

In a statement to Newsmax, Sen. Collins said their efforts "will not influence my vote at all."

"I consider this quid pro quo fundraising to be the equivalent of an attempt to bribe me to vote against Judge Kavanaugh," Collins told Newsmax. "I think it demonstrates the new lows to which the judge's opponents have stooped."

Throughout the ongoing confirmation process, activists have sent over 3,000 wire hangers to the senator's office.

And NBC's Kasie Hunt told "Morning Joe" Wednesday that Collins "had one 25-year-old female staffer have somebody walk up to them and say that they hope that she is raped and impregnated. And I've gotten notes from sources that people feel really uncomfortable with how this is playing out."

Every Democrat should be condemning these antics in Maine— attempting to bribe Senator Collins to vote against Judge Kavanaugh and threatening sexual violence against staffers if she votes for him is absolutely disgusting.  https://t.co/zZ4BEz1PIn

Meanwhile, comedian and outspoken Democrat Chelsea Handler is calling on people to donate to the crowdfunding site.

40,000 people step up and make a small donation to help Mainers desperate to win the ear of their Senator...and all Susan Collins can do is smear them?

Senator, please reconsider. I've always thought you're better than this.