'The Anonymous Op-Ed is Hurting the Country': Nikki Haley Responds to Author

Nikki Haley, the US ambassador to the United Nations, has her own take on the op-ed attacking President Trump published this week in The New York Times. It was written by an anonymous senior administration official. She says it's hurting the country.

In her own op-ed published in The Washington Post Friday, Haley writes she felt "compelled to address the claims in the anonymous "resistance" op-ed published this week in the New York Times. The author might think he or she is doing a service to the country. I strongly disagree. What this "senior official in the Trump administration" has done, and is apparently intent on continuing to do, is a serious disservice — not just to the president but to the country."

"Taking this course sows mistrust among the thousands of government workers who do their jobs honestly every day," she wrote. "It unfairly casts doubt on the president in a way that cannot be directly refuted because the anonymous accuser's credibility and knowledge cannot be judged. It encourages U.S. adversaries to promote their hostile claims about the stability of our government."

The US ambassador also notes that the op-ed is a problem in itself.

"By throwing gas on a fire of endless distraction, the author and the frenzied media reaction to the op-ed have hurt all of us trying to do our jobs for the country," Haley wrote.

Haley also says the op-ed was disloyal, not only to the president but to our country and our values. 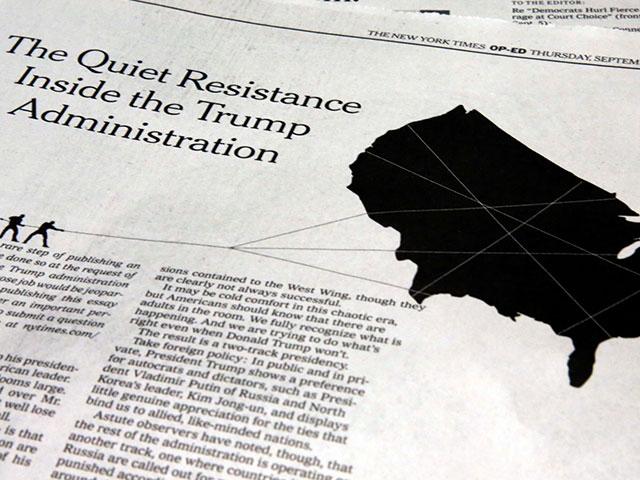