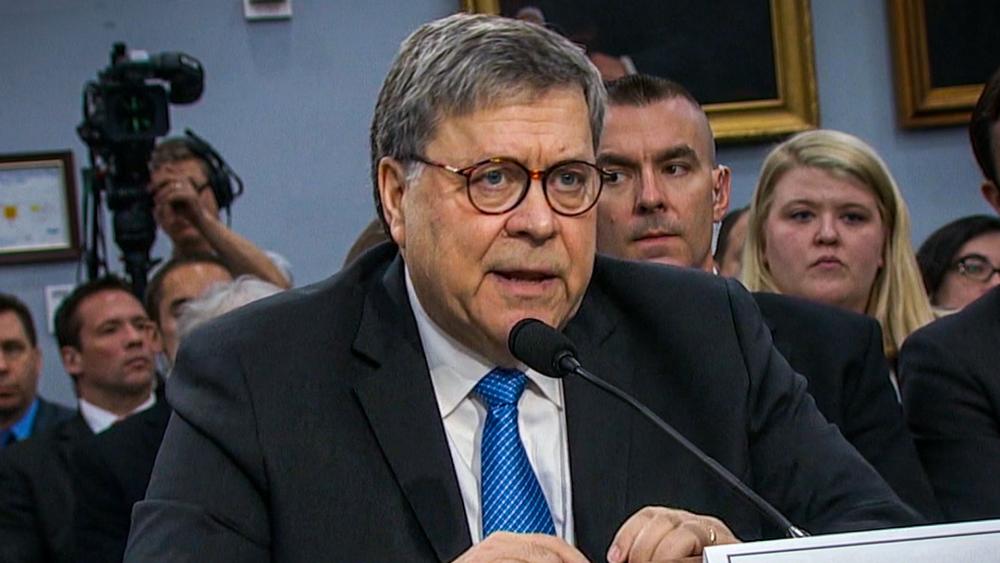 US Attorney General William Barr faced off for the first time Tuesday with House lawmakers about his handling of the Mueller report. Now he's back on the hot seat testifying before a Senate subcommittee Wednesday.

Barr is responding to Democratic criticism over his summary of Mueller. He says the redacted report will be released next week, but that may not be good enough for Democrats.

"I do think it's important that the public have an opportunity to learn the results of the special counsel's work," Barr said.

Testifying before the House Appropriations Committee Tuesday, Barr stuck to his promise to deliver a redacted version of the report in coming days.

"And so I think that from my standpoint, within a week I will be in a position to release the report to the public, and then I will engage with the chairmen of both Judiciary Committees about that report, and about any further requests that they have," Barr said.

Although Barr was officially on Capitol Hill to testify about the Justice Department's budget, many lawmakers circled back to the Russia investigation.

Rep. Nita Lowey (D-NY) said, "I must say it is extraordinary to evaluate hundreds of pages of evidence legal documents, and finding based on a 22-month-long inquiry, and make definitive legal conclusions in less than 48 hours. Even for someone who has done this job before, I would argue it's more suspicious than impressive."

Democrats have been critical of Barr's approach and want to see the complete conclusions of the Mueller investigation, threatening to issue a subpoena if they don't get what they want.

Barr addressed scrutiny of his four-page letter summarizing his main conclusions from Mueller's nearly 400-page report, stating the Mueller team's finding that neither President Trump or his campaign conspired or coordinated with Russia's interference with the 2016 election.

Lowey said, "All we have is your four-page report which seems to cherry pick to draw most favorable for president."

He defended his decision to release that letter instead of summaries written by the special counsel.

"I think any summary regardless of who prepares it not only runs the risk of, you know, being under-inclusive or over-inclusive but also would trigger a lot of discussion and analysis that really should await everything coming out at once," Barr said. "I tried to use as much of the special counsel's own language as I could. They were just stating the bottom line conclusions."

House Republicans are ready to move on. Rep. Tom Graves (R-GA) said, "No collusion, no obstruction. It's over, it's done."

Meanwhile, Barr is also investigating whether the FBI abused its authority in getting wiretaps on Trump aides that fueled the investigation leading to the Mueller probe.

The attorney general testifies before the Senate Wednesday, and he says he will answer more questions from Congress next month after the full Mueller report has been released.