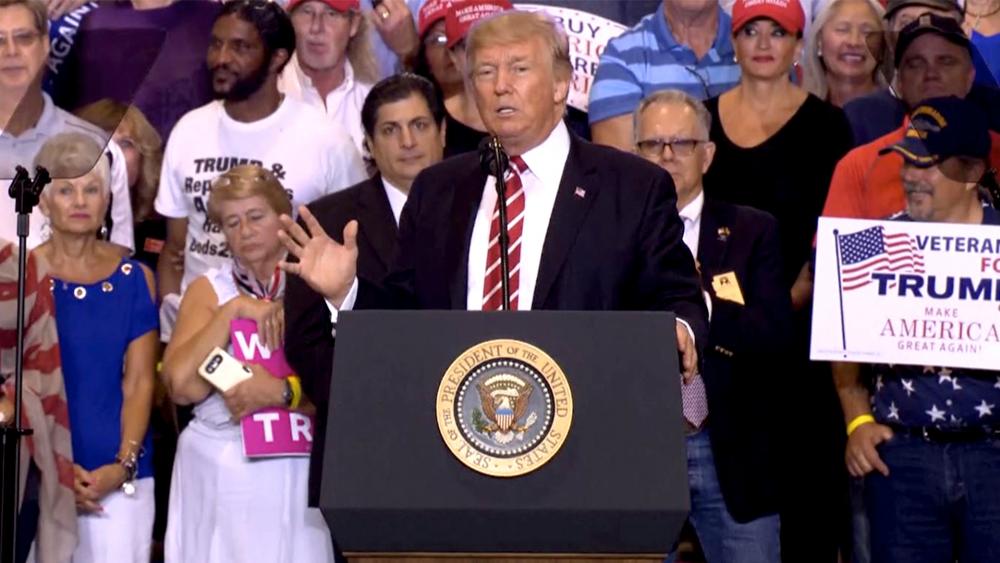 WASHINGTON — A number of political observers are still dissecting the 2016 campaign for answers to how Donald Trump beat 16 Republican rivals and Hillary Clinton to take the presidency.

While historian and author Victor Davis Hanson was no Trump fan initially, his research led to the new book The Case for Trump.  He believes the same characteristics and circumstances could lead to victory again in 2020.

Billionaire Brawler: A Breath of Fresh Air to the ‘Deplorables’

Trump may have been a New York real estate tycoon, but he aimed his campaign right at "Flyover Country" — those vast red state regions of America that the "Deep State" and coastal elites seem to sometimes deplore.

Hanson suggests in The Case for Trump that the so-called Deplorables saw this billionaire brawler as a breath of fresh air, and sort of like chemotherapy to a cancer that could kill the things about America they love.

“He was not going to take anything from the media or the politicos,” Hanson said of Trump. “So what the mainstream media saw as uncouth or crass or crude, they thought ‘maybe so, but it’s going to shock you and kill you before it kills us.’”

When it came down to choosing, Hanson told CBN News, voters saw clear differences between the old ways of Washington or a Trumpian future.

“I think most people who voted for Trump thought that it wasn’t just Trump in a vacuum. It was a Manichean choice between 16 years of Obama and Hillary Clinton.   And it may be that way in 2020,” Hanson suggested, saying of those voters, “They may feel that all there is between them and socialism is Donald Trump.”

The author realizes Trump’s combative style can be a turnoff for some. But what some call Trump Derangement Syndrome is causing his opponents to also look bad.

Hanson had a few examples Americans have observed recently, pointing out, “Joe Biden wants to take Trump out behind the gym and beat him up.  Johnny Depp is talking about ‘where’s John Wilkes Booth again?’ And they see Kathy Griffin holding up Trump’s head or Robert DeNiro says that he wants to punch him.”

Hanson predicts voters will look past all the incivility and pick Trump again based on two factors: prosperity and peace.

“What will be the economy? If we’re growing at three percent and unemployment is at four percent or below, he’s in pretty good shape,” Hanson said of Trump. “And if he avoids a war overseas. Any of those three things will, I think, ensure his election.”