Biden's New 'Bones' Ad Touts His Ability to Beat Trump, Saying No One Is More Qualified 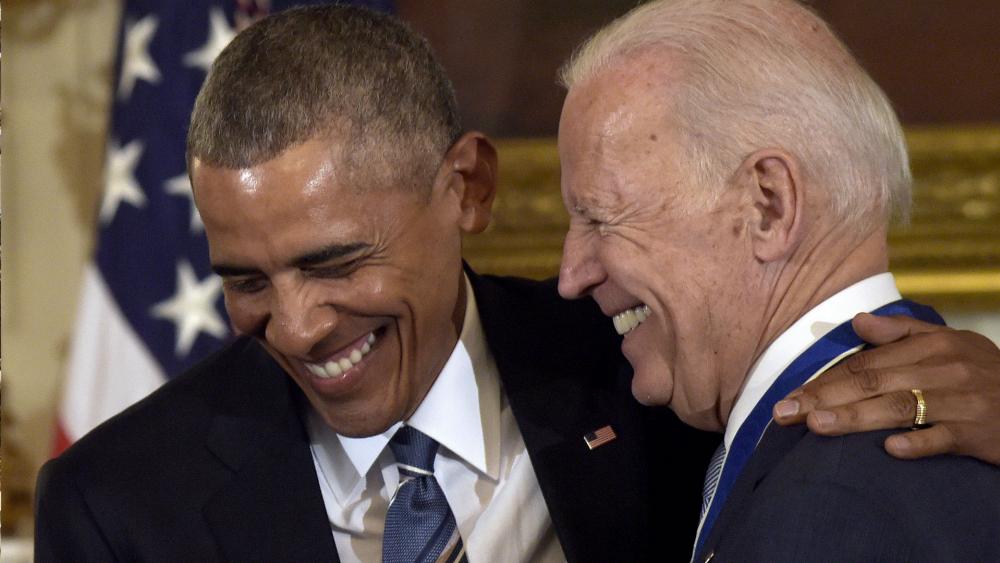 "No one is more qualified" to beat Donald Trump – that's the message in Joe Biden's six-figure television and digital ad buy in Iowa unveiled this week ahead of his sixth visit to the Hawkeye state.

"The stakes are higher, the threat more serious. We have to beat Donald Trump," says the narrator in Biden's first television ad titled "Bones". "And all the polls agree Joe Biden is the strongest Democrat to do the job."

The Democratic frontrunner's wife, Dr. Jill Biden, is also spreading this message on the campaign trail.

"You may like another candidate better, but you have to look at who is going to win," said Dr. Biden at an event in New Hampshire.

As the Democratic field begins shrinking and the stronger candidates emerge, she's encouraging voters to put issues aside and focus on the big picture: beating Trump.

"So yes, you know, your candidate might be better on, I don't know, healthcare than Joe is, but you've got to look at who is going to win this election, and maybe you have to swallow a little bit and say, ok I personally like so and so better, but your bottom line has to be that we have to beat Trump," she continued.

Reporters questioned the former Vice President on his response to his wife's comments.

"She was making the case, you should pick the person you think could win because none of our issues will matter if Donald Trump wins. That was the point she was making," Joe Biden responded.

But as CBN News learned in a recent trip to Iowa, not all Democrat voters are confident in Biden's electability.

"If it's Joe Biden, that's going to be a big mistake if we nominated Joe," Paul Dahl of Hamilton County, Iowa, told CBN News.

"Biden has done us great, ya know, his whole history with the Democrat Party, but I think his time is done and we need a little bit more new blood to get in there to fight," echoed Stacy Tonneman of Chicago.

Over a year out from Election Day, some caution Biden might be putting too much faith in the polls as other candidates gain more national name recognition and support for their policies and ideas.