'The Shooter Is Responsible': Scalise Rejects Efforts to Blame Trump, Says His Own Shooting Makes the Case 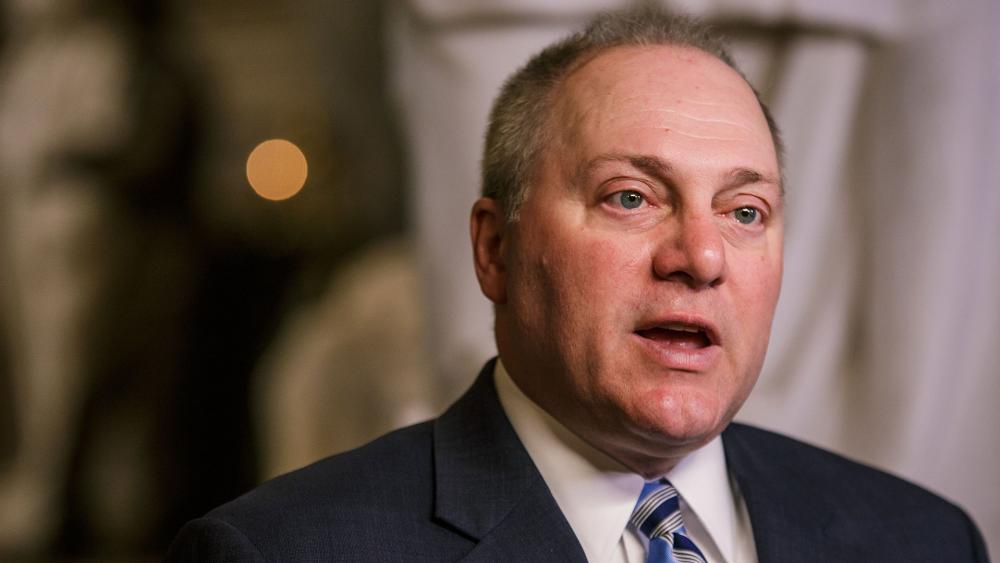 It looks like congressional Republicans are ready to take action on gun control legislation when they return next month. President Trump and Senate Majority Leader Mitch McConnell appear to be in agreement on stronger background checks for people buying guns.

The president says he wants to keep guns out of the hands of the mentally ill. He says McConnell is "totally on board," and McConnell says gun control will be on the schedule when Congress reconvenes in September.

All this comes in the wake of the two shootings that left 31 people dead in Texas and Ohio a week ago.

Democrats have been laying the blame at the president's feet, charging that his rhetoric is driving angry people to action. But Rep. Steve Scalise (R-LA), who was shot in 2017 by a Bernie Sanders supporter, says such accusations are unfair.

"To try to assign blame to somebody else is a very slippery slope, because the president is no more responsible for that shooting, as your next guest, Bernie Sanders, is responsible for my shooting. And he's not by the way, the shooter is responsible. What we need to do is find out those people who have slipped through the cracks," Scalise said on the CBS News show "Face the Nation."

Meanwhile, nearly two dozen 2020 Democratic presidential candidates traveled to Iowa this weekend, speaking at the state fair and meeting people there in the run-up to the important Iowa caucuses.

Democrat candidates appeared at a forum on gun safety, promising new laws and keeping up the pressure on Republicans.

Former Vice President Joe Biden wants to put biometric scanners on guns. And in an op-ed in the New York Times, he called for a ban on "assault weapons."

"If we cannot rise to meet this moment, it won't just be a political failure. It will be a moral one," Biden writes. "It will mean that we accept the next inevitable tragedy. That we are desensitized to children running from schools and bodies littering parking lots, that our outpouring of thoughts and prayers will grow increasingly hollow."

South Bend Mayor Pete Buttigieg wants to take gun control to the next level saying, "If most Americans insist that something be done and it doesn't happen, it means we need fundamental reform."

The Iowa caucuses will be held on February third.