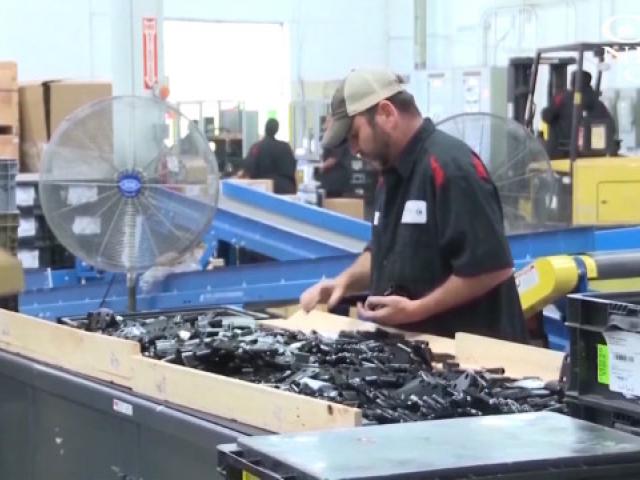 WASHINGTON - The White House is scrambling to deal with predictions of an economic downturn. Officials are projecting confidence while seeking solutions to stave off recession, which has Democrats running for president sensing weakness.

However, as the president heads to France for the G7 summit, the US economy is in better shape than most of the world's economies.

"Folks are working, they're spending and they're saving which is terrific and to me there's no end in sight," Larry Kudlow told reporters.

If anyone is to blame, the president says it's the Federal Reserve for not lowering interest rates.

"I think I could be helped out by the Fed but the Fed doesn't like helping me too much," President Trump said.

The administration is floating solutions including more tax cuts.

"We have for a while been looking at something, I call tax cuts 2.0. which will be a compilation of our best thinking on additional tax relief, incentives for the middle class, for blue-collar workers, small businesses and so forth," Kudlow explained.

The administration is in repair mode after taking two blows this week. First, the Congressional Budget Office predicted the federal deficit will exceed a whopping $1 trillion by 2020.

"Both parties want to play Santa Claus. They spend too much money. The most important thing though to get the deficit down is to keep the economy booming and we've had two solid years of economic growth," Stephen Moore, former Trump campaign economic advisor, told CBN's Faith Nation.

The second blow came when the Bureau of Labor Statistics revised its numbers to reveal the economy created half a million fewer jobs than originally reported.

"You know, the 7.5 surplus jobs when there's six million unemployed means we have a million and half more jobs than even people looking for job," Moore added.

News of a possible economic downturn has Democrats running for the White House smelling blood.

Speaking on the stump this week, front runner Joe Biden blamed signs of a slowing economy on the president's trade war with China but added he would never hope for a recession.

This comes as a new AP poll shows strong disapproval of the president's performance across the board, but the one area people approve of most is his handling of the economy.

The president is off to France for the G7 summit, and where the economy is concerned, he'll encourage his allies to be more like the US.

"If our friends would adopt some of the pro-growth policies that we have adopted their growth would improve markedly," Kudlow said.

At the president's urging, G7 leaders will meet tomorrow morning to discuss the economy and trade.