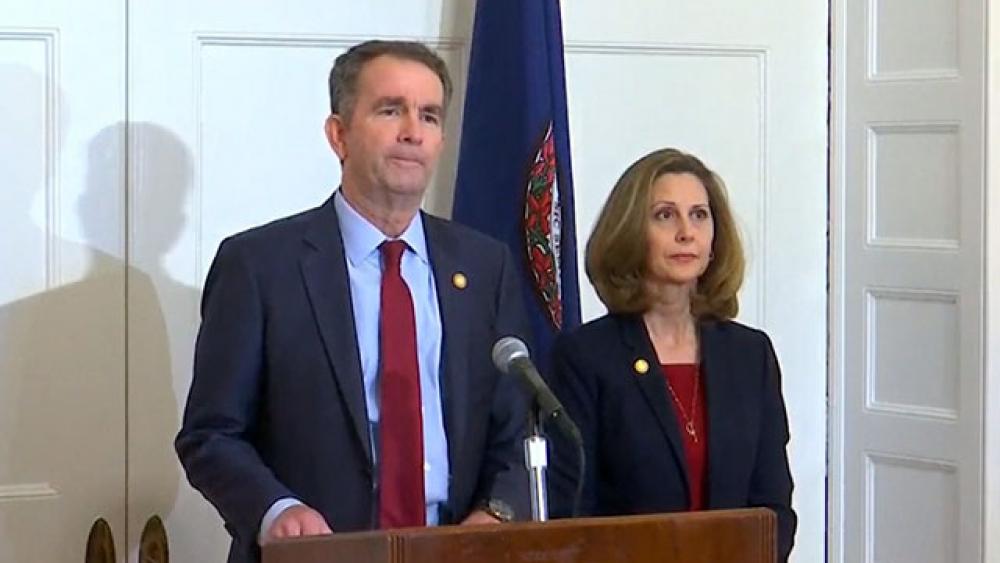 Virginia Gov. Ralph Northam says he's staying in office despite a growing chorus of demands for his resignation over accusations of racism.

After calling an urgent meeting with his staff Sunday night, Northam is reportedly looking for the best way forward.

On Friday, the Democratic governor apologized and admitted he was one of two people pictured in a racist photo appearing in the 1984 Eastern Virginia Medical School Yearbook. The photo shows one person in blackface and the other in a KKK outfit.

But on Saturday, Northam reversed his statement, saying he wasn't in the photo.

"I was appalled that they appeared on my page, but I believed then and now that I am not either of the people in that photo," Northam said during a press conference.

At that same event, he did acknowledge darkening his face in the past for a Michael Jackson dance contest.

McAuliffe praised Northam for his work in the commonwealth but stood firm on his call to resign.

"It was one of the hardest things I had to do," he said of his former Lt. Governor.

McAuliffe is just one of a multitude of fellow Democrats condemning the governor.

With race relations a likely hot button issue for 2020, nearly every major declared and potential candidate were on the record early,  rebuking Northam and saying he should resign.

But at least one Democrat thinks he should remain in office.

"I think it is a rush to judgment before we know all of the facts," warned former Congressman Jim Moran (D-VA).

"Facts that we do know are that Ralph has expanded Medicaid to hundreds of thousands of uninsured Virginians, a disproportionate number of whom are African Americans," Moran continued.

Even so, McAuliffe – like other Democrats – believes it's time to move on to new leadership.

"We have to move Virginia forward. Justin Fairfax, an African American Lt. Governor, will do a great job of bringing folks back together," said McAuliffe.

The 39-year-old Fairfax is a Columbia Law graduate and the second African American ever to win a statewide election in Virginia.

The loud calls for Northam's resignation also come not long after he made headlines for comments regarding an abortion bill introduced in Virginia's House of Delegates. Northam defended the bill, saying in a radio interview that babies born with defects could be allowed to die right after they're born.