Democrats Creating a 'Safe Space' for Anti-Semitism? Why Republicans Are Sounding an Alarm 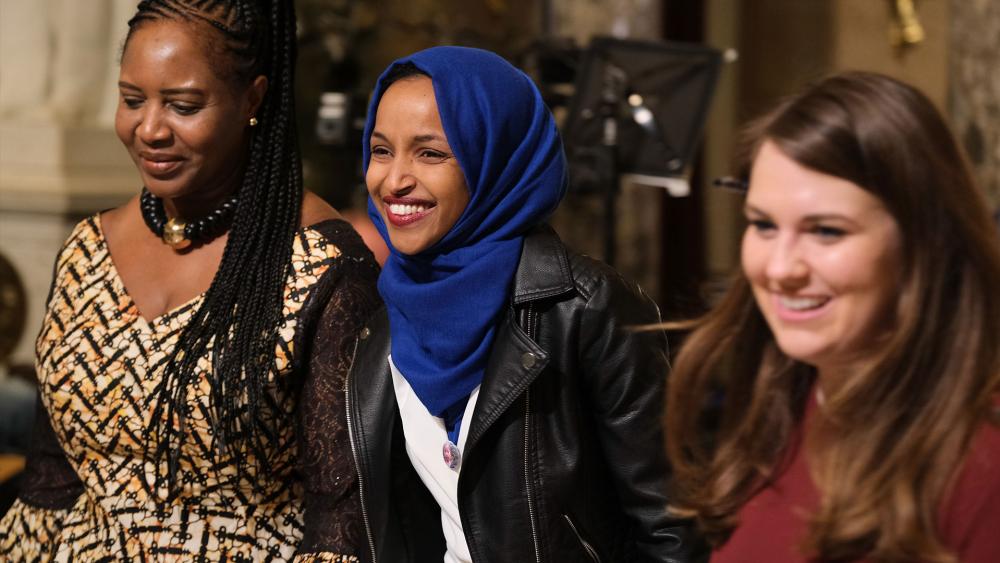 Republicans say Rep. Ilhan Omar's (D-MN) anti-Semitic tropes are another sign that the Democratic Party is trending away from Israel and its leaders are being forced to deal with the openly anti-Jewish sentiments expressed by its Muslim members.

On Monday, Omar apologized for making the anti-Semitic comments on Twitter. Her apology came at the urging of Democratic leaders.

House Speaker Nancy Pelosi (D-CA) called on Omar to apologize, saying, "Anti-Semitism must be rejected in all forms."

In her apology, the Minnesota representative said, "Anti-Semitism is real and I am grateful for Jewish allies and colleagues who are educating me on the painful history of anti-Semitic tropes."

A social media firestorm transpired over the weekend after Omar tweeted that support for Israel stemmed from campaign donations from organizations like the pro-Israel lobbying group the American Public Affairs Committee.

AIPAC, however, does not give members of Congress campaign donations.

House Minority Leader Kevin McCarthy said Omar's comments were unacceptable and he would take disciplinary action against her if Democrats did not act on their own.

"To be suggesting that somehow members of Congress are being paid off by Jews, by AIPAC, that goes right into the anti-Semitic bias that has plagued the world for too long," he said.

On the CBN News program "Faith Nation," Neil Strauss of the Republican Jewish Coalition explained why Omar's remarks were anti-Semitic.

"This goes into the anti-Semitic trope of Jews using their money to control our world's politics, our nation's politicians," Strauss said.

This was Omar's second anti-Semitic tweet. She earlier apologized for tweeting in 2012 that "Israel had hypnotized the world."

Sen. Marco Rubio (R-FL) has found himself at odds with Omar and Tlaib over a bill he's sponsoring that punishes companies participating in the Boycott, Divest and Sanctions (BDS) movement against Israel. Both Omar and Tlaib support the BDS movement.

Rubio suggests the Democrats don't know how to deal with new members of Congress who openly express anti-Semitic views.

"There's a growing group of people in the Democratic Party that are anti-Israel openly, and I think they're afraid of them," said Rubio.

Democratic Party leaders may likely have more such political fires to put out in the months ahead. And that may play right into the hands of President Donald Trump and the Republicans who are likely to make Israel and anti-Semitism a campaign issue in next year's election.