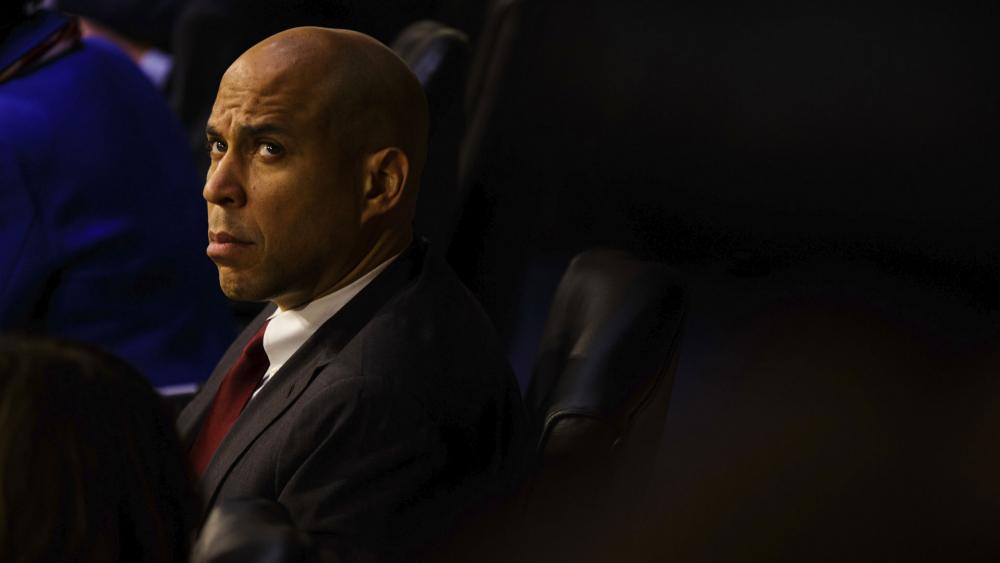 "Are gay relationships in your opinion immoral?" Booker asked while questioning Rao about her criticism of the Supreme Court's decision to legalize same-sex marriage. If confirmed, Rao would fill the appellate court vacancy left by Supreme Court Justice Brett Kavanaugh.

"Senator, I'm not sure the relevance of that to..." Rao began before Sen. Booker interrupted her.

"Do you believe they are a sin?" Booker asked.

"Senator, my personal views on any of these subjects are things I would put to one side," Rao explained.

Booker went on to talk about how LGBTQ people have faced "a long history of discrimination" in the United States and asked Rao if she's ever hired a LGBTQ clerk or employee.

Sen. Ted Cruz (R-TX) condemned his colleague for targeting Rao's religious beliefs about marriage instead of looking at her track record as a judge.

"The Senate Judiciary Committee should not be a theater for mischaracterizing or twisting a nominee's views nor an avenue for persecution," said Cruz after Sen. Booker finished his line of questioning.

"We've seen a growing pattern among Senate Democrats of hostility to religious faith. I was deeply troubled a few minutes ago to hear questioning of a nominee asking your personal views on what is sinful. In my view that has no business in this committee. Article VI of the Constitution says there shall be no religious test for any public office," Cruz said.

"We have seen Senate Democrats attack what they characterized as religious dogma. We've seen Senate Democrats attack nominees for personal views on salvation. I don't believe this is a theological court of inquisition. I think the proper avenue of investigation for this committee is a nominee's record. So let me ask you about your actual record, which is what this committee should be looking at – not our religious views or your religious views," Cruz said.

Last year, during a confirmation hearing for judicial nominee Amy Coney Barrett, Sen. Dick Durbin (D-IL) asked the law professor if she considers herself "an orthodox Catholic." In the same hearing, Sen. Dianne Feinstein (D-CA) told Barrett, who is Catholic, "The dogma lives loudly within you, and that's of concern."

In 2017, Sen. Bernie Sanders (D-VT) came under fire for criticizing the Christian view of salvation during the confirmation hearing of Russell Vought, President Donald Trump's nominee for deputy director of the Office of Management and Budget.

The Vermont senator asked Vought about an article he wrote on the conservative blog The Resurgent, in which he noted, "Muslims do not simply have a deficient theology. They do not know God because they have rejected Jesus Christ, His Son, and they stand condemned."

During the hearing, Sanders probed Vought over whether or not someone with such ideology would be fit to lead a public office.

"Do you believe that statement is Islamaphobic?" asked Sanders.

Vought replied saying he is a Christian "and I believe in a Christian set of principles based on my faith."