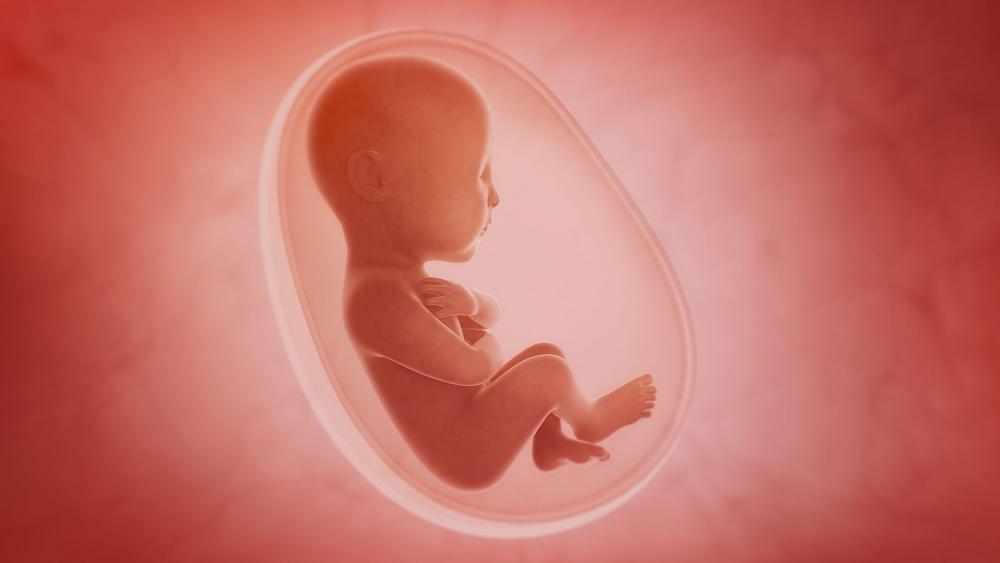 Art depicting a baby in the womb (Photo: Adobe Stock)

Rep. Steve Scalise (R-LA) and Rep. Ann Wagner (R-MO) have announced the re-introduction of the Born Alive Abortion Survivors Protection Act. The legislation was created to ensure any infant who survives an abortion attempt receives the same protection of law as any other newborn baby.

The bill enforces care for the infants and institutes penalties for doctors who allow infants to die or who intentionally kill a newborn. The issue returned to headlines recently when Virginia's Democrat Governor Ralph Northam said doctors and mothers can agree to let babies die right after birth if they have defects.

"Innocent life must be defended and protected at every stage, and that includes babies born alive during an abortion. We must immediately extend legal protections to these vulnerable newborns and prosecute any doctor who would leave them to die," said Rep. Scalise.

"I introduced this resolution to begin the process of forcing a vote on Congresswoman Wagner's important piece of legislation, especially after horrific actions taken in New York and Virginia to permit infanticide. The silence from Congressional Democrats is deafening and shameful. Every Member of Congress, regardless of party, needs to go on record against infanticide, and we must immediately take action to stop it. The American people deserve to know where their representatives stand on this critical issue."

There hasn't been total silence on abortion from House Democrats, but they're not exactly standing up against gruesome late-term abortions and infanticide. Instead, their leader, House Speaker Nancy Pelosi, decided to complain about President Trump's opposition to late-term abortion in his State of the Union address. Pelosi told the Daily Caller Trump's comments were "really quite a sad thing."

Meanwhile, Rep. Wagner spoke about her new bill to protect full-term babies, saying, "I have been horrified to watch radical Democratic legislators argue that babies who survive abortions should not be given the same level of medical care that all other newborn babies receive."

"Congress must act to protect those who cannot protect themselves. That is why I introduced the Born Alive Abortion Survivors Protection Act, which merely ensures that babies who survive abortions receive immediate, lifesaving care—just as any other baby would. To my colleagues, this is the simplest vote you will ever take: either you support babies being killed after they are born or you don't. It is time to go on the record and make clear if you think babies born alive deserve medical care, or if you think they should be left to die."

The radical liberal agenda for abortions stunned millions of Americans in recent weeks. The first controversy came when New York Gov. Andrew Cuomo (D) signed the Reproductive Health Act. The law removes all restrictions on abortions past 24 weeks. Other Democratic state leaders have implemented or pushed for similar policies.

CBN News recently reported that Virginia Democratic Delegate Kathy Tran proposed a bill to allow a woman to have an abortion while she is in labor and just moments away from giving birth. The so-called "Repeal Act" would also remove all existing restrictions on abortion in Virginia.

Gov. Ralph Northam (D-VA) has been criticized for his remarks about that bill, being accused of supporting infanticide after he stated some babies should be allowed to die right after they're born or "would be resuscitated if that's what the mother and the family desired."

Shortly after that, Vermont liberals introduced the H-0057 bill, granting the absolute right to an abortion with no limitations. The governor of Rhode Island is also under fire for pushing for legislation that would legalize abortion up until the point of birth. The bill states it cannot "restrict an individual person from terminating that individual's pregnancy after fetal viability when necessary to preserve the health or life of that individual."

During President Trump's State of the Union, he condemned the liberal state politicians for their stance on the issue.

"Lawmakers in New York cheered with delight upon the passage of legislation that would allow a baby to be ripped from the mother's womb moments before birth," Trump said. "These are living, feeling, beautiful babies who will never get the chance to share their love and dreams with the world."

"And then, we had the case of the governor of Virginia where he basically stated he would execute a baby after birth," the president continued. "All children – born and unborn – are made in the holy image of God."

According to Scalise, the Born Alive Abortion Survivors Protection Act would:

Rep. Scalise's press release indicates he and Rep. Wagner are hoping to force a vote in the Democrat-controlled US House of Representatives after a majority of members of the House have signed on to the bill.