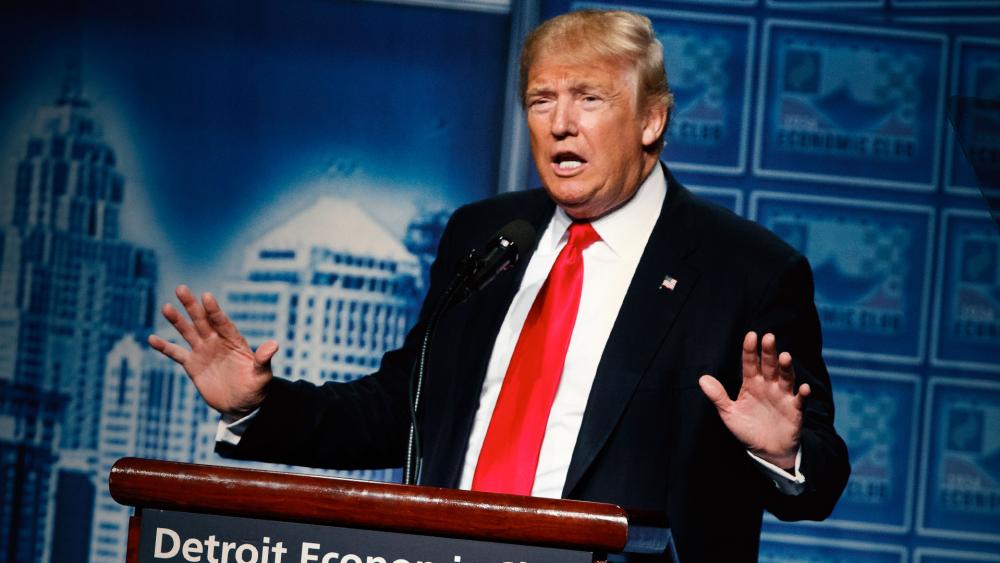 Does anyone know where all those free trade Democrats went?

Since Donald Trump burst on the scene, liberal policy wonks and their Democratic allies had a field day torching him for his tariff policies. Last year when I testified before the Senate on auto tariffs, nearly every Democrat on the committee, including Elizabeth Warren of Massachusetts, spoke derisively of what they called Trump's "dangerous," "destructive," and "mindless" trade restrictions. They protested that protectionism was harming our relations with our friends and raising prices on our consumers and could thrust the economy into recession.

They all sounded like Milton Friedman and Adam Smith protégés. Democrats were defending the virtues of global capitalism and international commerce, and stiff-arming the Trumpian "America First," nationalist theme. Wall Street and Silicon Valley started steering even more of its campaign cash to reward these pro-business Democrats.

Now Donald Trump has renegotiated a new North America free trade deal with some impressive improvements, including greater protections of American drug patents and reduction in Canada agriculture tariffs. Yes, there are some dubious protectionist policies too, such as requiring that Mexican auto workers get paid $16 an hour. Despite these flaws, the overriding value is it thankfully preserves the free trade architecture of the original NAFTA deal. Just six months ago it looked like free trade between Canada, the US and Mexico was going to blow up into a mutually destructive trade war.

Now this new deal "USMCA" is grounded in Congress.  Will those virtuous free-trade Democrats put up or shut up? So far they aren't showing up at all. Every vote count analysis finds that support from Democrats is nowhere near where it must be to secure ratification through the House.

The born again free trade Democrats are inventing every possible excuse for stonewalling. They are saying it lacks protections for American workers from low-priced Mexican labor and plant closings. This is a farcical argument. In addition to the minimum wage requirement, Mexico must also enact a host of workplace measures that support and protect women, unions and migrant workers. There are also new "Made in America" domestic content requirements for manufacturing. These sops to the unions are the very reason some free-trade Republicans are legitimately worried about the deal.

But the GOPers will be fine. The fate of USMCA rests in the lap of House Speaker Nancy Pelosi. Will she free up her caucus to provide the votes to approve a Trump initiative that's good for all three nations?  Or will she ramrod Democrats back into their safe space of resistance to anything Trump is for - even if it advances the interests of Democratic constituents and the nation as a whole?

Even the liberal intellectuals who were ringing the bells for free trade internationalism are now stoically silent on USMCA. These free-trade hypocrites are apparently for every trade deal - unless it is negotiated by Donald Trump.

What is worse, killing USMCA would hurt the very voters and home-town businesses in the districts the Democrats represent. A pro-trade group called the Metropolitan Policy Program reports that major cities - including New York, Houston, St. Louis, Chicago, Austin, and even Detroit have become major export centers with tens of billions of dollars of goods and services shipped abroad. Urban areas are now major trade centers and free trade is imperative to their prosperity.

Since 1994 when Ronald Reagan's vision and Bill Clinton's new Democrat promise to sign NAFTA was delivered, trade across borders in North America has almost quadrupled from roughly $290 billion in 1993 to more than $1.1 trillion in 2016, according to the Council on Foreign Relations, This has been one of the great bipartisan economic successes of modern times.

Voting down USMCA would weaken the entire North American continent as we compete for continued supremacy against the European Union and the Asian tigers. Democrats must get on board.

If they won't, Trump has threatened to rescind NAFTA and reinstall the high tariff policies of the previous era.  If it comes to this, for Trump it would be better policy and politics to keep NAFTA in place, and blame Pelosi and the other fake free trade Democrats for preventing an even better deal for American business and workers.

Stephen Moore is a senior fellow at the Heritage Foundation and an economic consultant with FreedomWorks.