And We're Off! Democratic Candidates Lining Up for Race a Whole Year Away 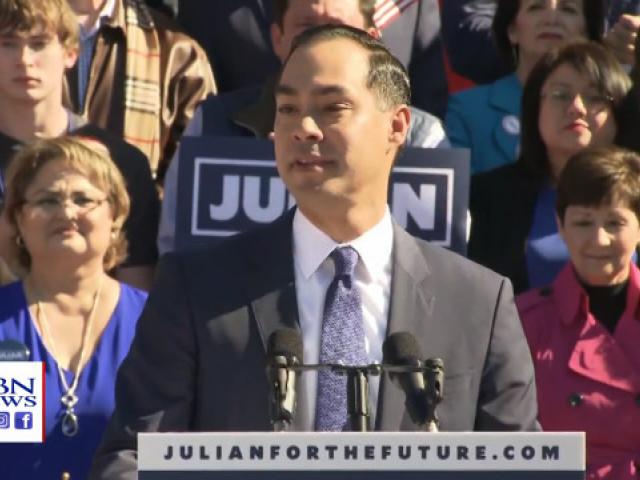 And We're Off! Democratic Candidates Are Lining Up for a Race A Year Away

WASHINGTON – In the middle of a much talked about government shutdown, one part of Washington is wide open – the 2020 presidential election. While it's still a year away, a number of Democratic candidates are taking early steps to run for president.

From the land of the Alamo to late night couches to a cozy kitchen talk, Democratic candidates are looking for fresh ways to connect with voters.

Now she's leaning on a winning topic for Dems: healthcare.

"As a young mom, I'm going to fight for other people's kids as hard as I would fight for our own, which is why I believe healthcare should be a right – not a privilege," she told Colbert.

"Our children and grandchildren will ask, at that inflection moment, 'Where were you?" Harris told ABC's "Good Morning America."

She is expected to answer that very question on Martin Luther King Jr. Day.

So far, several other candidates, including Sens. Tulsi Gabbard (D-HI) and Elizabeth Warren (D-MA), have said 'count me in.'

If the bingo card of likely candidates brings back memories, it could be because last time around 17 Republicans slugged it out for the presidency.

With that stiff competition, Democrats want their candidacy to stick out.

Recall Sen. Warren's Instagram live from her kitchen. Warren was joined by her husband and dog while enjoying a beer.

But Democratic candidates should beware of how they use social media – the nation's commander-in-tweet, Donald Trump, will likely be watching and waiting for a time to strike.

If Elizabeth Warren, often referred to by me as Pocahontas, did this commercial from Bighorn or Wounded Knee instead of her kitchen, with her husband dressed in full Indian garb, it would have been a smash! pic.twitter.com/D5KWr8EPan