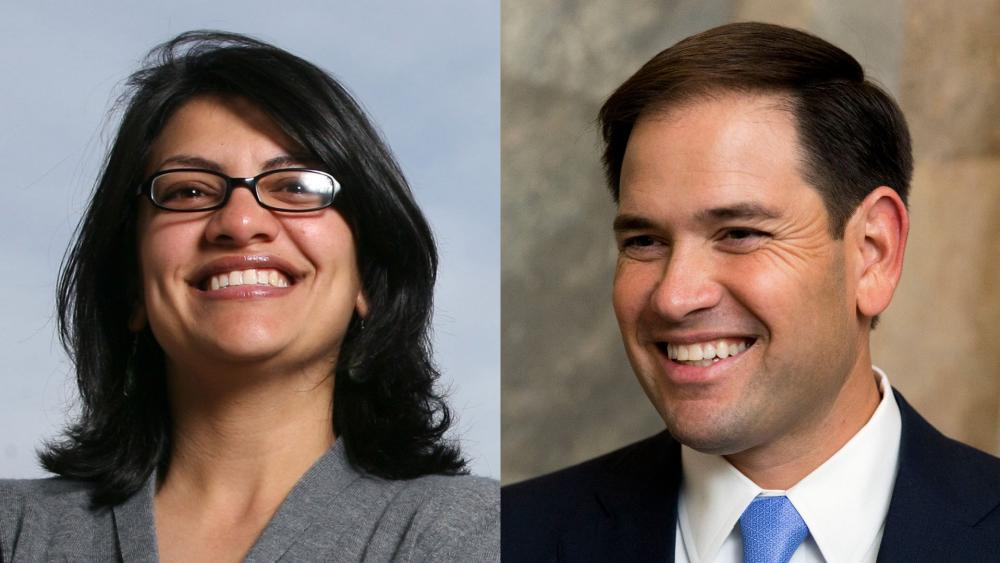 WASHINGTON – Senate Democrats have blocked the first Republican bill of the new Congress – a bipartisan package that includes measures supporting Israel and Jordan.

The bill at first had widespread support, but Democrats are split over Florida Republican Sen. Marco Rubio's measure, called the "Combatting BDS Act."

The measure tries to counter the global Boycott, Divestment, Sanctions (BDS) movement against Israel, which has led to increased boycotts of the Jewish state in support of the Palestinians.

Nevertheless, Democrats say they will block the bill until the government is re-opened. Both Rep. Rashida Tlaib (D-MI) and  Sen. Bernie Sanders (D-VT) were vocal about their disdain for the measure via Twitter, saying it punishes people for using their "constitutional right."

"It's absurd that the first bill during the shutdown is legislation which punishes Americans who exercise their constitutional right to engage in political activity," tweeted Sanders. "Democrats must block consideration of any bills that don't reopen the government. Let's get our priorities right."

Rubio and other critics suggest Democratic opposition to the bill is clear evidence of the anti-Zionism which has crept into the party. He went on to point out that a "significant number" of Democrats support BDS, but the party's leaders want to avoid letting that becoming public.

On Monday, the Florida lawmaker accused Rep. Tlaib, the first Palestinian-American woman elected to Congress, of using ant-Semitic language when she suggested GOP lawmakers who support the BDS measure were more loyal to Israel than the US.

"They forgot what country they represent,' Tlaib tweeted Sunday. "This is the US where boycotting is a right and part of our historical fight for freedom and equality. Maybe a refresher on our US Constitution is in order, then get back to opening up our government instead of taking our rights away."

They forgot what country they represent. This is the U.S. where boycotting is a right & part of our historical fight for freedom & equality. Maybe a refresher on our U.S. Constitution is in order, then get back to opening up our government instead of taking our rights away. https://t.co/KkmqjR58ZM

Tlaib, who has been a strong advocate for the Palestinian Authority, has stated she will lead a delegation of Congress members to Palestine. One reporter from Buzzfeed reported Tlaib has a sticky note next to Israel with the word "Palestine" in her congressional office.

"Let's face it; it's not as if Rashida Tlaib (D-MI), who believes 'Palestine' should replace Israel on the map, is merely unhappy about Benjamin Netanyahu's policies," he wrote in a Jan. 8 op-ed. "She's unhappy that the Jewish state exists."

He goes on to suggest that anti-Zionism, which he argues is worse than plain old anti-Semitism, has found its way into the heart of left-wing American politics.

"What was once festering on the progressive fringes has found its way into elected offices and the heart of the liberal activist movement. As Democrats increasingly turn on Israel, Jewish liberals, many of whom have already purposely muddled Jewish values with progressive ones, are attempting to untether Israel from its central role in Jewish culture and faith for political expediency," Harsanyi writes.

"Opposing 'Zionism' itself — the movement for a Jewish homeland — is to deny the validity of a Jewish claim to a nation altogether. It puts you in league with Hamas and Hezbollah and the mullahs of Iran," he explained.

"The Palestinian Liberation Organization's 1968 charter states that 'Judaism, being a religion, is not an independent nationality. Nor do Jews constitute a single nation with an identity of its own; they are citizens of the states to which they belong.' This, it seems, is now also the position of a number of Democrats," Harsanyi charged.