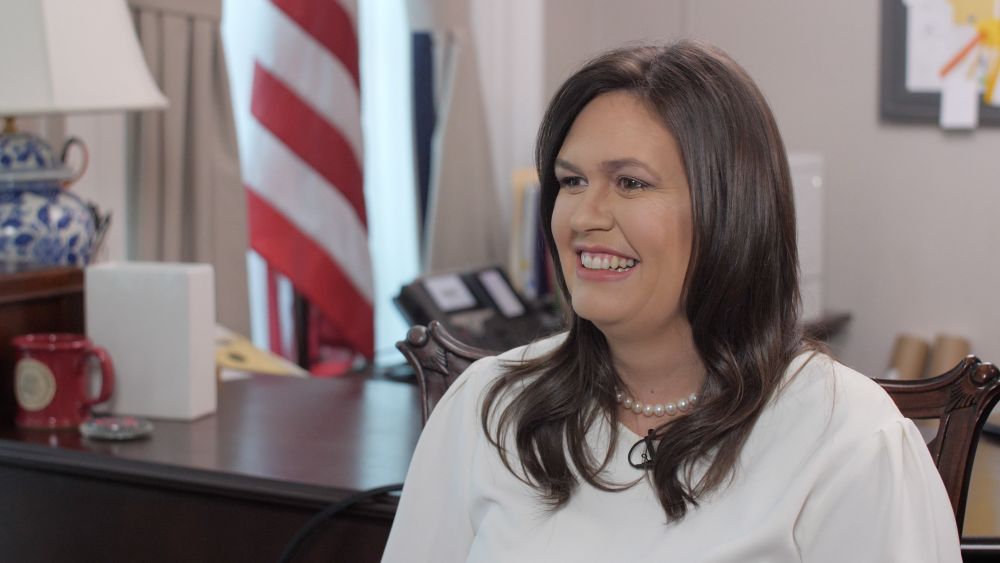 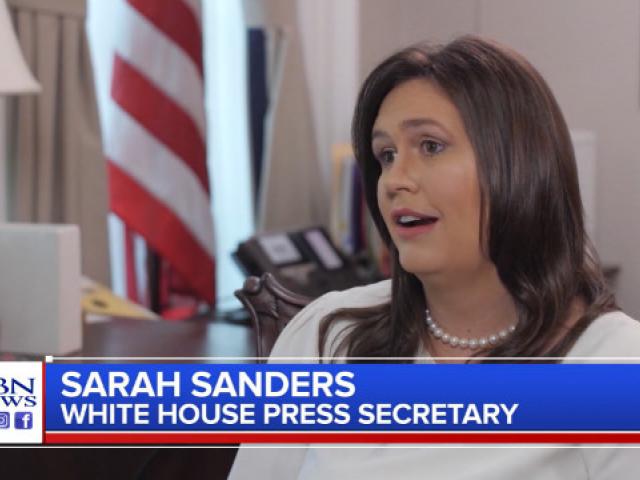 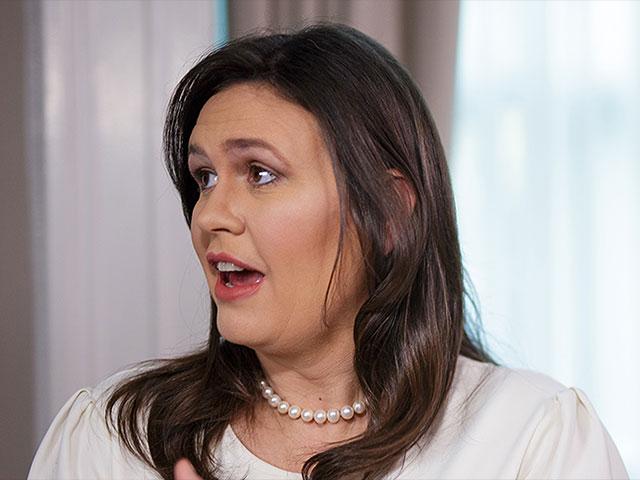 WH Press Secretary Sarah Sanders: 'God Calls Us to Pray for Our Enemies'

"That's why he's there and I think he has done a tremendous job in supporting a lot of the things that people of faith really care about," Sanders said.

The Wednesday morning interview lasted nearly 20 minutes and touched on the issues of immigration, anti-Semitism, the morality of a border wall, persecuted Christians in Syria, the White House press briefings, the state of the Democratic Party, her faith and many other topics. Sanders also had some sharp words for Democratic leaders regarding the anti-Zionist philosophy that appears to have gained a foothold in the party. Recently, it has come to light that some freshman Democrats in the US House of Representatives have either expressed anti-Semitic views in the past or aligned themselves with those that have.

"I think it is outrageous that the leadership of Democrats haven't called on these people to either take their comments back. They haven't condemned them," Sanders charged.

"Anytime somebody who's not even associated with the President says something, the first thing is will you condemn. Will you say that this is terrible?" she asked.

"Where's the leadership on the Democrats' side to call this out? It is unbelievable that this is going totally unchecked, totally off the radar of most of the mainstream media." On the topic of immigration, Sanders lowered the hypocrisy boom on House Speaker Nancy Pelosi. The White House Press Secretary said Pelosi's view that a border wall is immoral is absurd and a comment she may come to regret.

"Honestly, it's very hard at this point to even take a lecture from Democrats on what is moral and what isn't," Sanders told CBN News. "People who are willing to allow legislation to pass supporting late-term abortion. The idea that they would take out "So help me God," in the platform that House Democrats have raised this week. But the idea that protecting the people of your country, which is the fundamental duty of being President of the United States would in some way be immoral is a ridiculous charge and something that I think probably, I would think Speaker Pelosi may even regret making that comment because she's seen how ridiculous that sounds and how the evidence is so contrary to that comment."

Meanwhile, the battle over immigration and border wall funding continues. A group of bi-partisan senators and house members met Wednesday to negotiate a deal that may or may not give President Trump some money for the wall. Will the White House take an active role during negotiations?

"No matter what the topic is, he's a natural born leader, and so something that is this big of a priority for him, you can expect him to continue to lead on the effort," Sanders said. "Now we're counting on members of Congress to come together and work out a deal that actually addresses those problems." On foreign policy, Sanders addressed concerns, especially by evangelicals, that eventually pulling U.S. troops out of Syria will put persecuted Christians, Kurds and other ethnic minorities at risk.

"The President's made clear that we support Christians, that we support the Kurds," Sanders told CBN News. "He's made that clear to Turkey, he's made that clear publicly on a number of fronts, and just one of the reasons that the President has been tough on Iran is to make sure that people don't feel threatened. We've supported the safe zones that are going to be very important, and the idea that the President is just stepping away and ignoring any potential problem doesn't understand the fundamental decision that he's made."

Despite concerns by evangelicals over US policy in Syria, evangelicals have been more than satisfied with President Trump during his first two years in office.

"I would argue he's the most conservative president that we've ever had," Sanders explained. "You look at the judicial nominations alone I think that will be one of the greatest legacies that the president has after his eight years in office is how he has completely remade the judiciary and started to stop this activist court that we've started to see over the last eight years. There's a reason evangelicals are sticking with the president, and that's because he's delivered on all the things he said he would do."

While evangelicals are pleased, the mainstream media press corps isn't. They continue to press Sanders to hold daily press briefings despite a president who has been extremely accessible to the press.

"Whether or not there's a daily press briefing, people in the administration, myself included, do regular interviews as I'm doing right now, after a lot of those interviews stop and take questions outside where anybody, any reporter is allowed to come and ask questions," Sanders noted. "I think the White House, in general, is the most accessible when it comes to the media. You know, we had a briefing this week and they complained and complained and complained that we don't have them, then we have one, and CNN and MSNBC didn't even cover it. So, I think that the biggest thing is that they just want to complain and attack this administration and this President and they don't want to cover all of the successes because that's not good for the narrative that they're trying to drive." So when Sanders does take the podium in front of the assembled media, what does she see?

"I don't want to generalize the crowd but I mean you do, you see a lot of like angry faces. People that their sole purpose is to find this gotcha moment, to catch you," she answered. "Their job is not to get information, which is what the briefing is supposed to be. It's to trip you up. And I think if the briefing loses purpose and it isn't a good resource for the American people to get information and answers to real questions then you do have to wonder if that's the best form in order to put a message out."

For Sanders, these years in the White House have no doubt been a challenge but she says her strong Christian faith helps her every day.

"The goal is to be the best version of who God created us and who he called us to be," Sanders noted. "Some days I do that better than others, but the goal is always to be open about my faith. "I think it's part of the reason it gives me a sense of calm when I'm in that room."

A quick check of Twitter and cable news shows show plenty of vitriol aimed her way but the Bible says to pray for your enemies.

"It can be I think a helpful tool in keeping you calm," Sanders said. "There's a reason that God calls us to pray for our enemies and I think it's to give us a better perspective and better understanding of who they are, maybe why they think the way that they do and I certainly would rather see more people get along than fighting."

If dodging slings and arrows aren't enough, Sanders is also a young mom, mother to three children under the age of seven. Long hours at the White House bring the inevitable question: Does she struggle with mommy guilt?

"Oh, every single day," Sanders admitted. "I mean, one of the hardest things I do every day is just go to work. My kids are clinging to me crying, 'why are you leaving, why are you going to work?' and to explain to a 6, 5, and 3-year-old what you do and why it's important is nearly impossible.

"I have the most amazing husband in the world. One because he puts up with me and I know I can be a handful," she continued. "But he also keeps our whole life afloat and without him, and without that support system it would be totally impossible to do this job, but at the same time I think it's so important for our kids to see us engage on things that matter."