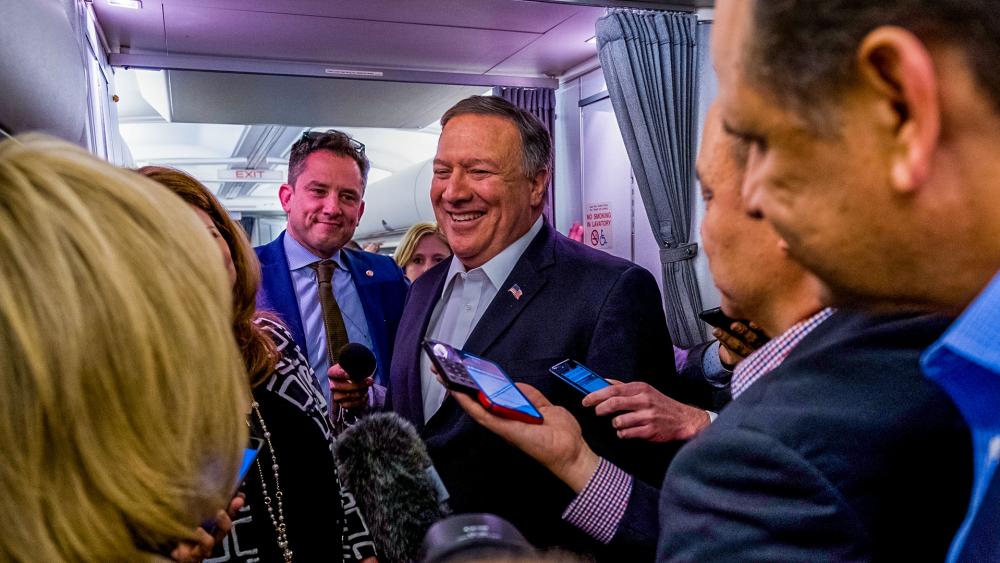 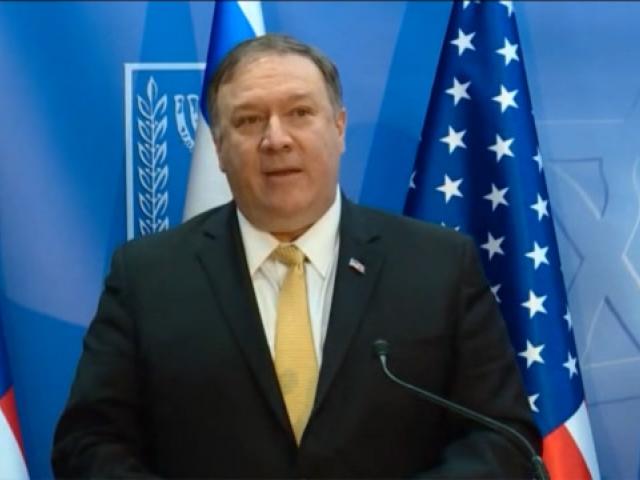 CBN News Chief Political Analyst David Brody is in the Middle East, traveling with US Secretary of State Mike Pompeo as he visits Kuwait and Israel. He'll have analysis on the fight against Iran and will also report on Pompeo's meeting with Israeli Prime Minister Benjamin Netanyahu.

On CBN's "Faith Nation" program Wednesday, Brody explained how important Kuwait is in the region.

"Kuwait is a relatively small country," Brody explained in a live shot from Jerusalem.  "It's roughly about the size of New Jersey. But it is extremely important in the whole scheme of things. It's one of those Sunni Muslim countries. It's a block of countries that really need to stay strong in the region to prevent that Iranian stronghold influence to take root." After arriving in Israel Wednesday, Pompeo met with Netanyahu. In a joint press conference, the Secretary of State vowed to fight against anti-Semitism.

"With the dark wave of anti-Semitism rising in Europe and the United States, all nations must go the barricades against bigotry. Our challenge is especially urgent as the hot rhetoric of prejudice cloaks itself in the language of the academy or of diplomacy or public policy, " he said.

"Sadly we in the United States have seen anti-Semitism even in the great halls of our own Capitol. This should not be," Pompeo noted.

During the press conference, Pompeo reaffirmed Israel's right to defend itself against outside attacks.

Still images from today's press conference between @SecPompeo and Benjamin Netanyahu. We are traveling with Secretary Pompeo and will interview him tomorrow in Jerusalem. Thanks to Super Mario Gonzalez for these great images! @CBNNews pic.twitter.com/uaNoHdKsqM

VIDEO JUST IN: @SecPompeo with string words against Iran. pic.twitter.com/OR7V0AsoaB

Video just in: @SecPompeo says he's happy to be in Israel because he is, "a man of faith." @CBNNews pic.twitter.com/wxrt6uzd0z

Brody told "Faith Nation" that the American media believes the reason for Pompeo's trip to Israel is to give him a boost right before next month's election.

"How does Netanyahu not get a boost?" Brody asked.  "A big influential senior administration official like Secretary Pompeo coming over here. But the Secretary as we talked to him on the plane going over, said 'Look, elections happen all of the time. I'm going now. When would I ever go? There's always another election.'" Pompeo will sit down for an interview with CBN News on Thursday to talk numerous topics, including his Christian faith.

Netanyahu will be coming back to Washington in a few days to meet with President Donald Trump.

According to a statement released by the White House, President Trump will welcome Netanyahu to the White House next Monday and Tuesday, March 25 - 26.