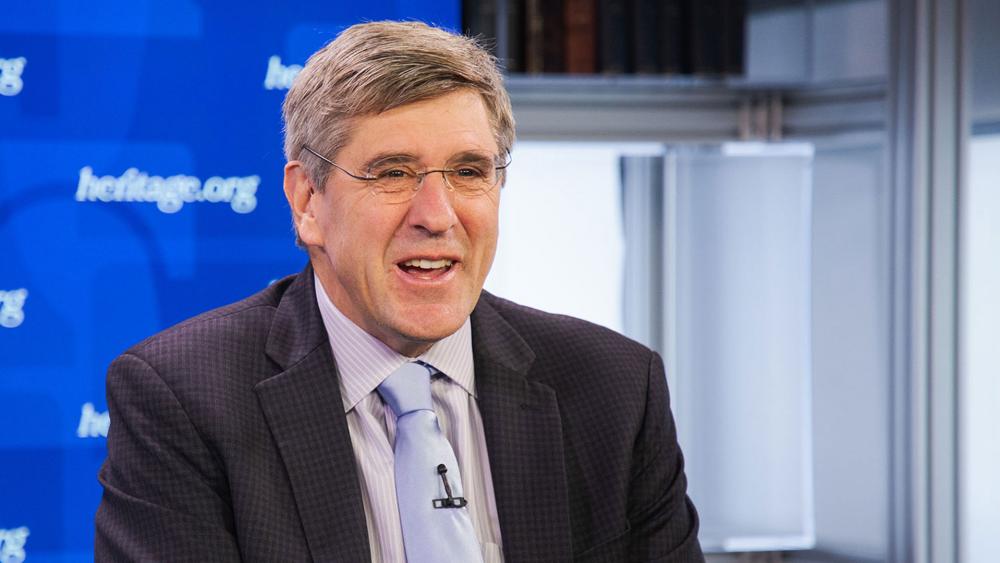 President Trump is blaming the Federal Reserve for holding back economic growth in 2018. And now he's appointing one of his long-time supporters to the board.

Today the president announced the nomination of Heritage Foundation fellow Stephen Moore to the Federal Reserve.

Trump called Moore "a very respected Economist," saying he will be considered for a seat on the Reserve's board of governors. "I have known Steve for a long time – and have no doubt he will be an outstanding choice!" Trump tweeted.

It is my pleasure to announce that @StephenMoore, a very respected Economist, will be nominated to serve on the Fed Board. I have known Steve for a long time – and have no doubt he will be an outstanding choice!

Meanwhile, the Fed announced this week it will hold interest rates steady, indicating no more hikes set to come down the pike this year.

The president said in an interview Thursday night that the Fed's decision is not up to him, but he still contended that the Fed was wrong to raise interest rates last year.

"I was right - but we would've been over 4 (percent growth) if we didn't do all of the interest rate hikes and they tightened. I said, what're we doing here?  3.1 (percent) may be the best in 14 yrs - I'm not happy with it. We shoulda had much higher," Trump said.

The president's new pick for the Fed is a long-time Trump supporter and a former campaign adviser.

Moore has also been a CBN News contributor, writing for CBNNews.com and appearing on the 700 Club to provide economic analysis.

The Four States of the Apocalypse: Conn., Ill., NJ and NY Are Careening Off a Progressive Cliff