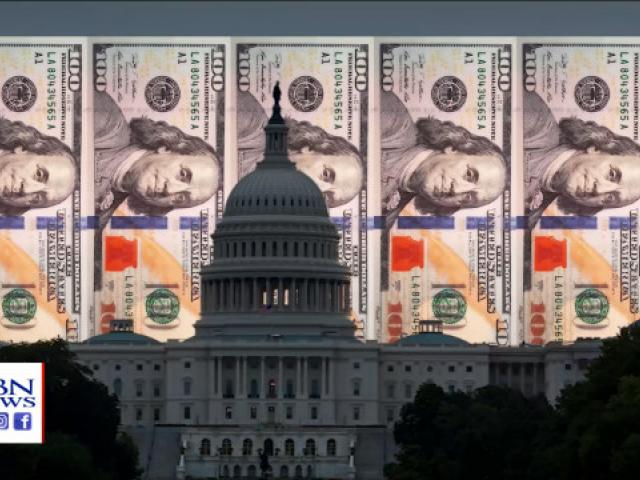 WASHINGTON - President Trump has delivered a new budget proposal that cuts federal spending and which the White House says will balance the budget. The White House budget office says the plan includes $2.7 trillion in spending cuts and erases the deficit in 15 years.

The national debt topped $22 trillion last month. It has grown to such an extent that some Washington leaders consider the debt to be a threat to national security.

"It is headed to $23 trillion and neither party seems to be able to do anything to stop this crisis of national debt," said Stephen Moore, a senior fellow at the Heritage Foundation and one of President Trump's former economic advisors.

Moore believes nothing short of a war on wasteful spending will change the tide. He says lawmakers need to breakaway from the 'use it or lose it' spending spree.

"The problem is the incentives in Washington are to increase your spending because that's how to get a budget increase next year," Moore said.

Moore says one way to end that is to offer incentives, even bonuses to lawmakers who find ways to cut spending.

"The president is concerned, he's always been concerned. The way to get at that is to first of all keep the debt burden down on the economy," said Larry Kudlow, Trump's director of the National Economic Council.

Kudlow recommends growing the economy to the max by not raising taxes, offering incentives like Moore suggested, and encouraging business confidence.

"Congress and the President should insist that in exchange for raising that debt ceiling we have spending cuts that make sure we're not going to $30 trillion over the next decade," said Moore.

The Treasury Department will probably run out of money to pay the nation's bills by the end of September which means Congress will have to take action which will only add to the growing debt.