As Dems Issue New Subpoenas, Here's Why Pelosi Wants to Stop Her Party from Impeaching Trump 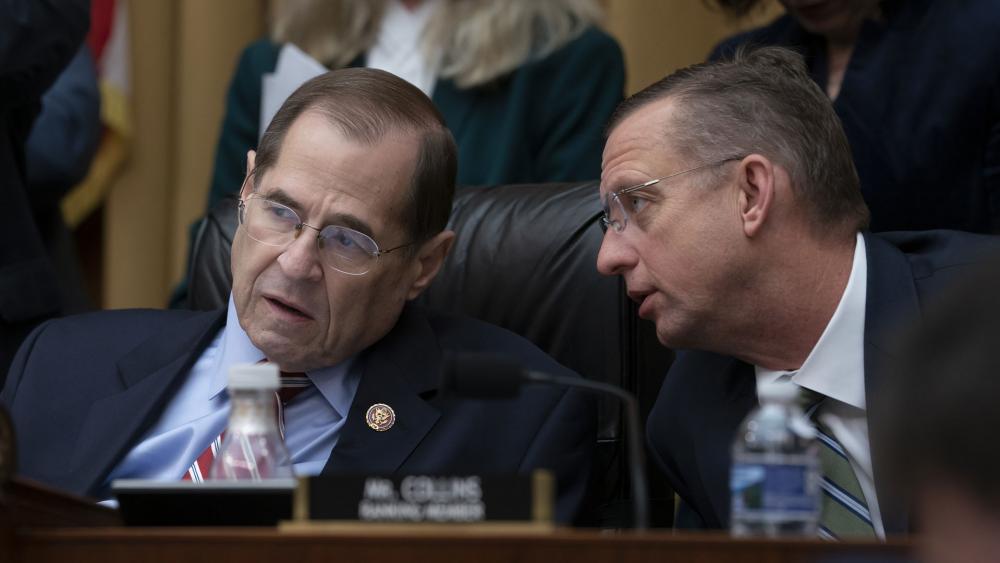 This meeting comes as House Democrats, angry that former White House counsel Don McGahn skipped a Judiciary Committee hearing on the Mueller report on Tuesday, issued subpoenas for more ex-Trump administration officials, setting the stage for another showdown between Democrats and the White House.

House Judiciary Committee Chairman Jerry Nadler (D-NY) calls them "critical witnesses" who can testify to issues of obstruction of justice, corruption and abuse of power.

"When this committee issues a subpoena even to a senior presidential adviser, the witness must show up," warned Rep. Nadler. "Our subpoenas are not optional."

But late Tuesday, Annie Donaldson said she won't be appearing either before Nadler's committee.

All this is prompting more House Democrats to join the growing chorus of those calling for impeachment proceedings.

"I see a lot more people that believe that impeachable offenses occurred and would like to see an impeachment inquiry," argued Tennessee Democrat Rep. Steve Cohen.

"What we need to do right now is at least be on that track and at least be in the process of impeachment," added Rep. Alexandria Ocasio-Cortez of New York.

House Speaker Nancy Pelosi opposes the move and is working to keep the leadership in line.

"Nancy Pelosi has seen this rodeo before: Back in the 90s, late 90s with Bill Clinton, his approval numbers, after being impeached, went up," Brody said Tuesday on CBN's Faith Nation. "She's afraid that's exactly what's going to happen with Donald Trump and she wants to stop that."

For now, Republicans are pushing back, accusing Democrats of rushing to issue subpoenas and abusing the judiciary panel's oversight responsibilities.

"I'm someone who believes that congressional oversight, it's something we need to have, it is something that is very valuable, something that we have done for 200 plus years," said Republican Doug Collins of Georgia. "However, when you abuse that process, when you abuse the committee process, as we have seen this year by rushing to subpoenas, not taking their accommodation process, and we've seen this from day one."

Pressure is also mounting on Special Counsel Robert Muller to testify about the Russia investigation but reports say he's reluctant to enter the political fray. House Democrats signaling they'd be open to both public and private testimony.

Meanwhile, a looming court battle over President Trump's financial information comes as the Washington Post reveals an internal IRS draft memo from last fall urging the agency to turn over the president's taxes unless executive privilege is invoked.

Trump firing back on all these investigations calling it a "fishing expedition" by Democrats who want a 'do-over' after he says the Muller report found no crimes.