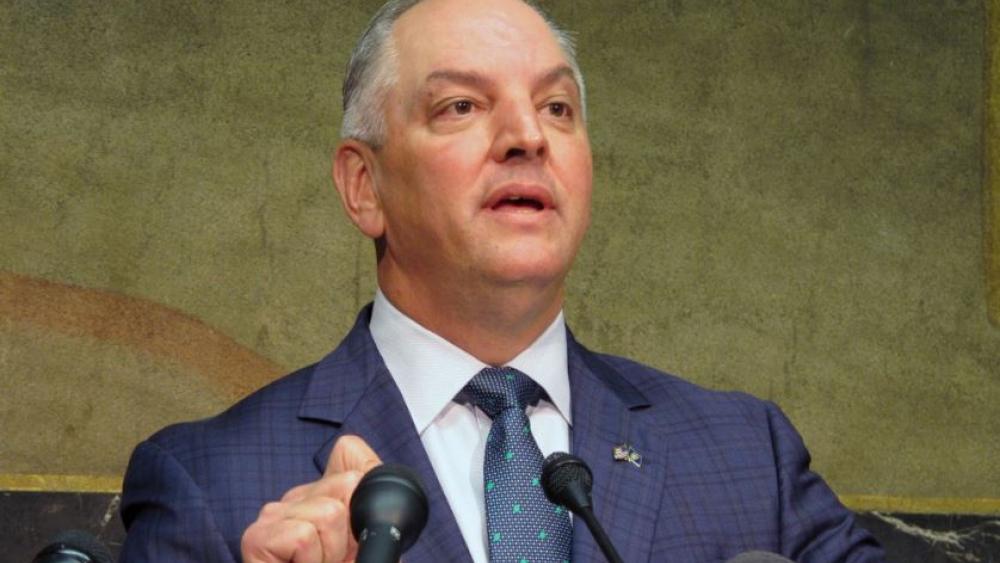 Nearly three decades ago, when Louisiana Gov. John Bel Edwards’ wife was 20 weeks pregnant with their first child, a doctor discovered their daughter had spina bifida and encouraged an abortion. The Edwardses refused. (AP Photo/Melinda Deslatt/File)

As Louisiana joins the ranks of states passing heartbeat abortion bans, the case is highlighting a growing effort by Democrat leaders to reject all pro-lifers from their party.

In a statement about the bill's passage he said, "In 2015, I ran for governor as a pro-life candidate after serving as a pro-life legislator for eight years. As governor, I have been true to my word and my beliefs on this issue."

Edwards' pro-life beliefs have played a profound role in his personal life. He and his wife, Donna, refused to have an abortion after they found out their daughter would have a spinal birth defect. They told their story in a campaign ad in 2015, showing their daughter Samantha as a grown-up.

Former Obama administration official Julian Castro, now the mayor of San Antonio, said on Twitter, "I'll say it again: In this political climate, I will only support Democrats for office who will defend a woman's constitutional right to an abortion."

In the early nineties, more than 100 pro-life Democrats held office on Capitol Hill. Now there is only a handful.

Kristen Day, executive director of the group Democrats for Life, weighed in on her party's opposition to pro-life Democrats saying the party has left them behind.

"It's all about abortion, they just don't want anyone who opposes abortion in the party. They're kicking people out of the party instead of trying to bring people in," she said, according to the Washington Post.

Day says Democrats are waging a "war against Pro-Life Democrats" and, as a result, pro-life Democrat voters won't turn out to support the Democrat Party in 2020.

Unless the Democrats continue their war against Pro-Life Democrats who will stay home in 2020 instead of voting for a candidate like @SenGillibrand. She clearly does not want "our kind" in the Dem party nor does she want our vote. EVERY vote matters. #DiversityandInclusion https://t.co/ssUE2B7R7n

Meanwhile, pro-life lawmakers are hoping their laws will ultimately help challenge Roe v. Wade at the US Supreme Court.